WXII-TV (digital channel 31, virtual channel 12) is the NBC television station licensed for the Greensboro–High Point–Winston-Salem, North Carolina (Piedmont Triad) designated market area. It is licensed to Winston-Salem and is currently owned by the Hearst Corporation. Its transmitter is located on Sauratown Mountain in Stokes County, North Carolina. The station is carried on cable channel 11 in most parts of the market.

The station began operation on September 30, 1953 as WSJS-TV. It is the third-oldest surviving station in North Carolina, behind Charlotte'sWBTV and Greensboro's WFMY-TV. The station at first was owned by a subsidiary of Piedmont Publishing, publishers of the Winston-Salem Journal and Twin City Sentinel along with WSJS radio (600 AM and 104.1 FM, now WTQR), and Hollywood star Mary Pickford and her husband Buddy Rogers.[1]

Johnny Beckman, an early employee, recalls working at WSJS-TV in those early years.

There were three of us, and we all did multiple jobs -- the weather, commercials, a teenage dance party. We were all scrambling around trying to make a living. Broadcasting was not high-paying then. The pay has certainly improved, but it was a more enjoyable career than it has become now.[2].

The station has always been affiliated with NBC. ABC was shared with WFMY until WGHP signed on in 1963. The station first broadcast from the basement of WSJS studios on Spruce Street in Winston-Salem. The first broadcast was of the first game of the World Seriesbetween the New York Yankees and the Brooklyn Dodgers.

The station originally broadcast from an antenna near Kernersville. The tower was moved to Sauratown Mountain in 1955.

When Piedmont Publishing was sold to Media General in 1968, Gordon Gray, the longtime publisher of both papers, held onto WSJS-AM-FM-TV as Triangle Broadcasting. Gray also received the franchise for the city's cable system. However, the Federal Communications Commission (FCC) ruled that TV stations could not also own the cable systems in their markets. Gray was thus forced to sell WSJS-TV in 1972 to Multimedia Inc., who renamed the station WXII-TV. The letters "XII" from "WXII" are the Roman numerals for the number "12", which is the station's channel number. At the time of the call letter change, the station ran a promotional ad parodying the death of Julius Caesar to amplify the Roman numeral theme. Two other stations in the market later switched to Roman numeral call letters (WXLV-TV 45 and WLXI-TV 61; WGSR-LP's previous incarnation also used Roman numerals as WXIV).

Multimedia swapped WXII and WFBC-TV in Greenville, South Carolina (now WYFF) to Pulitzer in 1983 in exchange for KSD-TV in St. Louis (now KSDK). When Pulitzer bowed out of broadcasting in 1997, Hearst bought the entire group, including WXII.

Cable and satellite carriage outside of the market

WXII use to be carried by Charter Cable of Boone (serving both Avery and Watauga counties) until the mid-2000s, when it was replaced by WCNC from Charlotte.

Syndicated programs on WXII12 include: Live with Regis and Kelly, Dr. Phil, Oprah, Inside Edition, and Entertainment Tonight.

Ratings began to increase following a series of severe weather events in the late 1980s and early 1990s.

On February 12, 2010, after the Opening Ceremonies of the Winter Olympics, WXII became the last local station to produce news in 16:9 widescreen SD, joining WGHP and WFMY. For a few months after the switch, weather graphics were still in 4:3 with blue colored curtains presented, but since has upgraded it's graphics to 16:9 widescreen format. The studio cameras and news packages are in 16:9 SD widescreen. (WGHP has since upgraded to true high-definition newscasts.)

WXII used the "Hello News" theme package in the early 1980s. Their campaign song was "Hello Piedmont." Following the "Hello" campaign of the early 1980s, WXII hired a Florida production company to put together a new image campaign, "Count on Us". This was used for little more than a year and then dropped. In the early 1990s WXII was rebranded "Your Carolina News Connection". As with most TV stations, WXII used custom versions of NBC campaigns—one example being "Come Home to WXII". They also made a local version of "Come Home to the Best, Only on NBC" in 1988, featuring shots of NBC's stars and WXII's anchors throwing a party to coincide with the station's 35th anniversary. The latter clip can be seen on YouTube (originally uploaded by the station itself).

In the mid-to-late 1990s, WXII branded itself as NewsChannel 12, and its positioning statement was "Complete Local Coverage of the Western Piedmont." Once Hearst took full control (around 1999-2000), both the "NewsChannel" and positioning statement were dropped. The station then began branding itself as WXII 12 News. As of 2008, the station refers to itself (TV and Web) as WXII Digital Media. 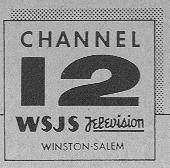 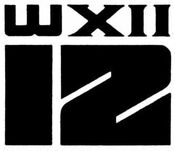 WXII Channel 12 station ident from 1987 - Which begins a newscast

Retrieved from "https://annex.fandom.com/wiki/WXII-TV?oldid=397410"
Community content is available under CC-BY-SA unless otherwise noted.