WVTM-TV is the NBC affiliate television station in the Birmingham-Anniston-Tuscaloosa, Alabama television market. The station is owned by Media General. Its transmitter tower is located atop Red Mountain in Birmingham.

The station signed on the air on May 29, 1949, as WAFM-TV, owned by The Voice of Alabama, Inc. along with radio stations WAPI (AM 1070), and WAFM (FM 94.5, now WJOX). It is Alabama's oldest television station. It was originally a CBS affiliate with a secondary ABC affiliation.

In 1953, the Birmingham News bought the Voice of Alabama and changed WAFM-TV's calls to WABT (for Alabama's Best Television). A year later, WABT swapped primary affiliations with WBRC-TV and became an NBC affiliate. In 1956, the Newhouse newspaper chain bought the News. The station changed call signs again in 1958 when it became WAPI-TV to match its sister radio stations. (The calls stood for Alabama Polytechnic Institute, which owned WAPI radio from 1925 through 1932.)

WBRC-TV took the ABC affiliation on a full-time basis in 1961, forcing WAPI-TV to shoehorn both NBC and CBS programs into its schedule. This was rather unusual, since in most two-station markets ABC was relegated to secondary status on either one or both of the existing stations. The Birmingham market is a fairly large market geographically, stretching across nearly the entire width of the state. It also has some areas of fairly rugged terrain. Both of these factors made prospective station owners skittish about putting one of the available UHF allocations on the air, even though Birmingham was big enough even then to support three full network affiliates. Although there were two other VHF channels in the market, they had both been allocated to Alabama Educational Television.

While channel 13 tried to carry the most popular NBC and CBS shows, a lot of quite popular shows did not air in Birmingham because of this arrangement. One of the more popular CBS shows that WAPI-TV did not carry was The Ed Sullivan Show, meaning that central Alabama viewers missed The Beatles' American debut unless they were lucky enough to pick up stations in Atlanta, Huntsville or Montgomery. (This could explain the tumultuous local success of The Anita Kerr Singers in Birmingham throughout much of 1965-1967.) Curiously, one of the NBC shows that channel 13 turned down was The Tonight Show. WAPI-TV strongly favored NBC for news, so when CBS and NBC expanded their news programs to 30 minutes in the early 1960s, the CBS Evening News with Walter Cronkite wasn't seen in Birmingham for several years. This was due, of course, to both networks' feeding their newscasts to affiliates at 5:30 p.m. Central Time (like today). Channel 13 had its local newscast at 6 p.m. Central time, and prior to 1971, prime-time network programming began at 6:30 p.m. Central time. This left no room on the schedule for the CBS Evening News to air, even if the station management had wanted to broadcast it.

When WBMG-TV (channel 42, now WIAT) started operations in 1965, it nominally had a CBS affiliation, but CBS allowed WAPI-TV to continue airing its higher-rated programming. This was largely because WBMG had only started one year after the Federal Communications Commission required that new television sets include all-channel tuning. To fill out the schedule, WBMG aired some NBC programming that WAPI-TV turned down (such as The Tonight Show). Both stations listed "CBS/NBC" as their affiliation. However, in May 1970, for a number of reasons, WAPI-TV became the exclusive NBC affiliate, sending all of CBS's programming to WBMG. At the same time that channel 13 became an exclusive affiliate of NBC and WBMG aligned with CBS, WCFT in Tuscaloosa and WHMA in Anniston also affiliated with CBS. Prior to that time, the primetime schedule of WCFT and WHMA virtually mirrored that of WBMG.

The Newhouse company, Advance Publications, withdrew from broadcasting in the early 1980s. WAPI-TV was sold to Times-Mirror Broadcasting in 1980, and as a result the station became WVTM (for Vulcan Times-Mirror), and remains with those call letters to this day.

In 1993, the station was purchased by Argyle Broadcasting. In 1994, New World Communications, which had recently cut an affiliation deal with Fox Broadcasting Company, agreed to purchase WVTM along with its sister stations KTVI in St. Louis, Missouri, KDFW in Dallas, Texas, and KTBC in Austin, Texas. However, New World also decided to purchase several stations from Great American Broadcasting, including WBRC. New World was able to close on its purchase of WBRC on October 12, 1994 because the transfer applications of the Argyle stations were not submitted to the FCC until after the Citicasters (renamed from Great American Broadcasting) purchase was already finalized.

In January 1995, while awaitng for the Argyle purchase to receive FCC approval, New World announced that it would sell WBRC and WGHP in High Point, North Carolina to Fox, and put the two stations into a trust until Fox could close on the purchases. At that same time, New World took over the operations of the Argyle stations, including WVTM, through time brokerage agreements. The transfers of WBRC and WGHP to the trust were completed in early April 1995 while the New World purchase of the Argyle stations closed on April 14. As such, WVTM retained its NBC affiliation, while KTVI (the former St. Louis ABC affiliate), KDFW (the former Dallas/Fort Worth CBS affiliate), and KTBC (the former Austin CBS affiliate) became Fox affiliates. Fox operated WBRC as an ABC affiliate until 1996.

New World sold off all its stations in late 1996. Its Fox affiliates were sold to Fox outright, while its two NBC stations (WVTM and KNSD channel 39 in San Diego, California) were sold to NBC.[1]

WVTM was one of four NBC-owned stations in smaller markets that were put up [1]for sale on January 9, 2006, along with WJAR-TV in Providence, Rhode Island, WCMH-TV in Columbus, Ohio, and WNCN in Raleigh, North Carolina.[2] On April 6, 2006, NBC Universal and Media General announced that Media General would purchase WVTM-TV as part of a $600 million four-station deal between the two companies [1]. Media General subsequently announced that it would sell its existing station in Birmingham, WIAT, since the FCC does not allow for one company to own two of the four largest stations in a single market. Media General closed the deal on all four stations on June 26, 2006 - after the FCC granted the company a temporary waiver allowing it to keep both WVTM and WIAT for six months. On August 2, it was announced that Media General sold WIAT to New Vision Television. [2]

For several months after Media General acquired the stations from NBC Universal, WVTM's Web site and those of the other three stations remained in the format used by the Web sites of NBC owned & operated stations. In December 2006, the Web sites for all four of the stations were redesigned. They now credit Media General in their copyright notices, and they are no longer operated by the Internet Broadcasting company.

In 2008, WVTM added the Retro Television Network to one of its digital channels, replacing the defunct NBC WeatherPlus.[3]

The analog television shutdown was on June 12, 2009, but WVTM-TV moved back to channel 13 before the mandatory DTV date. [5]

The station also went through numerous name changes from NewsCenter13, to NewsWatch13 and its morning newscast 13 Alive to 13 Action News and then 13 and You, an ode to NBC and You to Alabama's 13, People Who Care; NBC13, We've Got You Covered; NBC13, Accuracy Matters; and now back to Alabama's 13. WVTM, currently known on air as Alabama's 13, runs more than 35 hours of local news a week along with NBC network news. 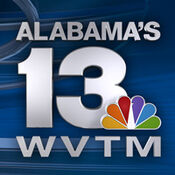 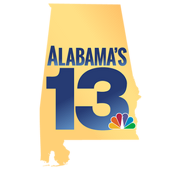 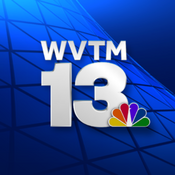 Retrieved from "https://annex.fandom.com/wiki/WVTM-TV?oldid=398777"
Community content is available under CC-BY-SA unless otherwise noted.