WUSA-TV is a television station broadcasting on channel 9 in Washington, D.C.. Owned by TEGNA, WUSA is an affiliate of the CBS television network, and the longest-tenured affiliate of that network. WUSA's studios and transmitter are located in the Tenleytown neighborhood of Washington.[1]

The station went on the air on January 11, 1949 as WOIC-TV, and began full-time operations on January 16. The fourth-oldest station in the nation's capital, channel 9's original owner was the Bamberger Broadcasting Service, a subsidiary of R.H. Macy and Company. Bamberger also owned WOR-AM-FM in New York City, and was working to put WOR-TV (now WWOR-TV) on the air at the same time. Nine days later, WOIC broadcast the first televised American presidential inaugural address, given by President Harry S. Truman.

WOIC-TV picked up the CBS affiliation upon signing on, replacing WMAL-TV (channel 7, now WJLA-TV) as CBS's Washington outlet. But the Bamberger/Macy's ownership had other plans for their station: both WOIC and its New York sister station were scheduled to become affiliates of a planned television network operated by Mutual Radio. However, Mutual Television never made it to air, leaving channel 9 to remain a CBS station.

In June 1950, CBS teamed up with the Washington Post to purchase WOIC-TV from Bamberger/Macy's. The new owners, WTOP Incorporated (the Washington Post owned 55 percent, and CBS held the remaining 45 percent), changed the station's call sign to WTOP-TV, after its new sister stations WTOP radio (then at 1500 AM) and WTOP-FM (96.3 MHz., now WHUR-FM).

In July 1950, WTOP-TV became the first television station in Washington authorized to broadcast color television in the 405-line field sequential color standard, which was incompatible with the black-and-white 525-line NTSC standard. Color broadcasts continued for nearly 30 months, when regulatory and commercial pressures forced the Federal Communications Commission (FCC) to rescind its original color standard and begin the process of adopting the 525-line NTSC-3 standard, developed by RCA to be backwards compatible with the existing black-and-white televisions.

In 1954, the WTOP stations moved into a new facility, known as "Broadcast House", at 40th and Brandywine streets NW in Washington. The building was the first in the country designed as a unified radio and television facility. Its name was in honor of Broadcasting House, home of the BBC in London. The building was well-known to WTOP's president. since he had spent much of World War II assigned to the BBC. Previous to the move to Broadcast House, the radio stations operated out of the Earle Building (now the Warner Building, home of the Warner Theatre), and WTOP-TV had operated out of the small WOIC studios at the same location. When Broadcast House was completed and the new television studios were inaugurated, the old studio became the garage for Broadcast House and the old master control room became both the master control and transmitter room for channel 9, since Broadcast House had been built around the station's original, four-sided tower. The building with the tower remains in the middle at the same location, although it is now an office building and retail store front operated by Douglas Development Corp.

The WTOP-TV tower was known in Washington for two things. First, at Christmas time, the tower was strung with Christmas lights and glowed brightly on top of Mount Reno, the tallest point in the District of Columbia. Second, the tower tended to sway much more than three-sided towers. In a strong wind the tower could be seen swaying back-and-forth, and during the winter ice from the tower fell quite often on the streets below.

Also in 1954, CBS sold its share of WTOP Inc. to the Washington Post to comply with the Federal Communications Commission's new seven-station-per-group ownership rule. CBS's partial ownership of WTOP radio and WCCO radio in Minneapolis exceeded the FCC's limit for AM stations. CBS opted to sell its share of WTOP, which it had purchased in whole in 1932 before selling controlling interest to the Post in 1949.

After the sale closed, the Post merged the WTOP stations with its other broadcast property, WMBR-AM-TV in Jacksonville, Florida and changed the name of the licensee from "WTOP Inc." to "Post Stations, Inc." WMBR radio was sold off in 1958, and WMBR-TV became WJXT. The Post renamed its broadcasting group "Post-Newsweek Stations" in 1961 after thePost bought Newsweek magazine. Post-Newsweek acquired its third television station, WLBW-TV (now WPLG) in Miami in 1970 and in 1974 added WTIC-TV (now WFSB) in Hartford, Connecticut to the group.

In 1972, WTOP-TV joined with the Evening Star Broadcasting Company (owned by the Post's rival, the now-defunct Washington Star and licensee of WMAL-TV) to build the Joint Tower, a 1040-foot, three-sided tower across the alley from Broadcast House at 4010 Chesapeake Street, NW. Transmission lines were extended from Broadcast House's transmitter area to the new tower for both WTOP-TV and WHUR-FM (the former WTOP-FM, which had been donated by Post-Newsweek to Howard University in 1971). The old tower continued to serve as the backup antenna for channel 9 until the station sold Broadcast House in 1996.

In 1974, WTOP and the other Post-Newsweek stations adopted the slogan The One and Only. The moniker was part of a trend toward group identification of stations, with each station being The One and Only Channel (channel number). Staff members from the One and Only period usually refer to themselves as "the one and onlies" as a source of pride. The slogan was dropped from active use in the late 1990s and has not been used as part of an image campaign since 1996. The slogan no longer appears on the air, but was revived in a sense when channel 9 adopted its current slogan, First and Only with Local News in HDTV.

In July 1978, Post-Newsweek exchanged WTOP-TV with the Evening News Association's WWJ-TV (now WDIV) in Detroit. Upon completion of the swap, WTOP-TV changed its call letters to WDVM-TV, with the new call letters representing the initials of the areas which channel 9 serves: D for the District of Columbia, V for Virginia, and M for Maryland. TheWashington Post and the Evening News Association, which published the Detroit News, decided to swap their stations for fear the FCC would force them to sell the stations at unfavorable terms or revoke their very valuable licenses because the FCC at the time was considering forbidding ownership of newspapers and broadcast stations in the same market.

In 1985, the Gannett Company purchased the Evening News Association.[2] On July 4, 1986, Gannett changed WDVM's call letters to WUSA both in honor of the station being located in the nation's capital and Gannett's ownership of USA Today. The same connection is noted with Gannett's NBC-affiliated Denver station, KUSA-TV. The WUSA callsign had previously been used by Gannett's station in Minneapolis, which changed its callsign to KARE. While the station's current call sign is commonly printed as W*USA, particularly in Gannett press releases, the asterisk or star between the W and U is not officially recognized as part of the call sign, as FCC records list the station as WUSA. The star device was used to denote its connection to USA Today. (KUSA-TV employs a similar practice.) After the Women's United Soccer Association (the WUSA) was founded in the late 1990s (which also incorporates the star in the same fashion), the star was replaced on-air with the CBS eye.

WUSA moved to a new Broadcast House at 4100 Wisconsin Avenue, NW in January 1992. WTOP-FM had left the old Broadcast House in 1971, but kept its transmitter there. WTOP radio departed in 1978; the Post had sold it a year earlier to the Outlet Company. The move to the more modern building was tinged with sadness due to the death from a brain tumor of channel 9's popular sportcaster, Glenn Brenner, just days before the move.

In 1998, WUSA launched its web site, wusatv9.com, but later removed the TV reference in the domain name to become wusa9.com.

During the September 11 attacks in 2001, WUSA made the decision to preempt CBS' national coverage of the attacks on the Pentagon and the World Trade Center with its own local coverage.[3] This decision proved controversial. As a local affiliate, WUSA did not possess the resources to cover the attacks as extensively as the national network, and its decision to institute a "CBS blackout" prevented its audience from viewing much of the national reportage anchored by Dan Rather. The Washington Post criticized this decision, writing, "The city was subjected to a CBS blackout by the local affiliate, Gannett-owned Channel 9. The station chose to view this, incredibly enough, as a local story and reported it initially as if it were a winter snow day and school closings were of the utmost importance." [4]

On May 2, 2005, WUSA became the first station in the Washington market to broadcast its newscasts in high definition.

In July 2007, WUSA launched a second web site at DVMmoms.com. The site focused on topics relating to local young moms in the Washington, D.C. area. Gannett also rolled out similar moms sites in other select markets where it have properties.

In February 2008, WUSA launched a third web site at DVMOurTime.com. The site is fronted by noon anchor J.C. Hayward and provides local restaurant and business discounts as well as news and events targeted towards baby boomers.

In May 2008, The McLaughlin Group, a nationally syndicated half-hour weekly public affairs television program, began production in the WUSA studios.

In 2008, Gannett and Tribune partnered to expand the Metromix brand that has been successful for many years in Chicago at the Chicago Tribune. WUSA's local Metromix.com site launched in July 2008 and is WUSA's fourth web site. There are 35 other Gannett and/or Tribune properties that have a Metromix site.

In August 2008, Gannett revamped its moms sites, and DVMmoms.com was renamed MomsLikeMe.com. Like the previous versions, the site features topics related to young moms and includes technology from Ripple 6, which was recently acquired by Gannett. There are MomsLikeMe.com sites in 85 other markets throughout the country.

In September 2008, WUSA's fifth web site was launched, called HighSchoolSports.net. The site features high school sports rankings, schedules, scores across the US for high school football, soccer, basketball, baseball, and more. Again, this is a Gannett-owned property that was launched in many markets throughout the country.

On April 20, 2009 it was announced that Washington, DC will be the first market to get free mobile digital television via cell phones and other mobile devices through Mobile TV. WUSA will be one of the first stations in the country to launch this new platform.

On June 11, 2009, WUSA ended its high-power analog TV transmissions, as required by the Federal Communications Commission, and continued to broadcast on their digital TV transmission only.

In June 2010, Gannett Broadcasting and DataSphere Technologies announced a partnership to create community-focused websites in 10 of their television station markets. WUSA was one of the first to launch these sites in August 2010. The sites are integrated within the existing website and feature hyper local news and user-generated content about area happenings and events. In addition to powering the community web sites, DataSphere provides enhanced functionality, including market-leading site search, coupons, a business directory and ad targeting. WUSA created 52 different neighborhood sites in the Metro DC area.

WUSA was the launchpad for several well-known news anchors. Sam Donaldson and Warner Wolf are among WUSA's most successful alumni. Max Robinson was co-anchor ofEyewitness News with Gordon Peterson from 1969 to 1978 before he became the first black anchorman on network television and one of the original anchors of ABC's World News Tonight. James Brown of CBS Sports was a sports anchor at the station in the 1980s.

WUSA 9 News This Morning 8AM Weekend open from 2005 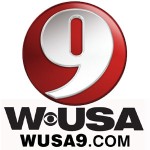 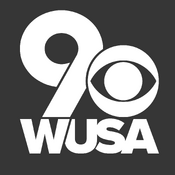 The theme used for its Newscasts from 1970-1982 was an instrumental version of the song "It's Superman" from the musical "It's a Bird...It's a Plane...It's Superman".

Retrieved from "https://annex.fandom.com/wiki/WUSA_(TV)?oldid=398878"
Community content is available under CC-BY-SA unless otherwise noted.