WTVT, channel 13, is a television station in Tampa, Florida. It is an owned and operated station of the Fox Broadcasting Company, a subsidiary of the Fox Corporation. WTVT's studios are located in Tampa, and its transmitter is located in Riverview, Florida.

The station first started broadcasting on April 1, 1955 as a CBS affiliate. It was the third station in Tampa Bay, behind WSUN-TV (channel 38, frequency now occupied by WTTA) and WFLA-TV (channel 8). WTVT is also the second-oldest surviving station, behind WFLA. WTVT's call letters stand for the initials of its founding owner, Tampa Bay radio veteran Walter Tison and his wife, Virginia Tinson. Like many other stations located on "unlucky" channel 13, WTVT used a black cat as its mascot for several years.

Originally, the Federal Communications Commission awarded the channel 13 license to the Tampa Times, a now-defunct newspaper which owned WDAE radio (then on 1250 AM). However, the FCC reversed itself and awarded the station to Walter Tison's firm, the Tampa Television Company, who intended to open a studio in nearby St. Petersburg. The Times appealed the FCC's decision, but lost.

In 1956, the Tampa Television Company merged with the Oklahoma Publishing Company of Oklahoma City. Oklahoma Publishing's broadcast subsidiary, the WKY Television System, would later be known as Gaylord Broadcasting, named for the family who owned the company. (Gaylord also owned what is now CBS-owned KTVT in Dallas-Fort Worth but the "TVT" base callsign was only a coincidence.)

The Gaylords beefed up channel 13's news operation. In 1958, WTVT became the second station in the country to introduce daily editorials, and was also the first station in the country [1] to run an hour-long news block, comprising of 45 minutes of local news (under the title Pulse) combined with the then-15-minute network newscast. By 1962, WTVT had overtaken WFLA-TV as the number-one station in the Tampa Bay market, retaining that position for over 25 years. This was largely because of the longevity of many of the station's personalities. For instance, Roy Leep was the station's weatherman from 1957 until 1997, and Hugh Smith was the station's main anchor from 1963 to 1991, spending most of that time doubling as news director. Channel 13 dropped the Pulse moniker from its newscasts in 1989, renaming the news branding Channel 13 Eyewitness News (later becoming Fox 13 Eyewitness News" [2] in 1996 before the Eyewitness News brand was dropped altogether in 1997).

The station's remote broadcast facilities were chosen for network pool coverage of Alan Shepard's (1961) and John Glenn's (1962) Mercury capsule splashdowns. [3] [4] The mobile unit recorded the recoveries on videotapes that were flown to the mainland.

In 1987, WTVT was sold to Gillett Communications. In the early 1990s Gillett restructured, changing its name to GCI Broadcast Services, Inc. In 1993, GCI filed for bankruptcy, and its stations (including WTVT) were sold to New World Communications. By that time, WTVT was pre-empting CBS This Morning for a locally-produced morning news show, as well as pre-empting all but one hour of Saturday cartoons.

In late 1993, the Fox Broadcasting Company won the rights to air the games of the National Football Conference of the National Football League from CBS, beginning in 1994. As a result, Fox began looking for more VHF affiliates, and signed a long term deal with New World, switching most of its stations, including WTVT, to Fox. WTVT dropped its CBS affiliation in December 1994, becoming a Fox affiliate. The former Fox affiliate, WFTS (channel 28), affiliated with ABC as part of a deal between ABC and WFTS' owners, the E.W. Scripps Company. The longtime ABC affiliate, WTSP (channel 10), then became a CBS affiliate.

After changing networks, WTVT began to broadcast almost 50 hours of local news a week. At one point, WTVT aired more hours of local news than any other station in the country. It chose not to renew the more expensive syndicated programming it had run while a CBS affiliate, running cheaper first-run syndicated talk and reality shows instead.

Fox bought most of the New World stations in 1997, making WTVT a Fox owned-and-operated station. Under Fox ownership the station added more high-budget syndicated shows and a few off-network sitcoms to its lineup, and changed its brand to Fox 13. WTVT is the third station in Tampa Bay to be affiliated with Fox, as WTOG had it first before reverting to independent status in 1988. However, the copyright still reads "New World Communications of Tampa Bay" at the end of WTVT's newscasts.

In June 2009, WTVT interviewed late television pitchman Billy Mays shortly before his death. His interview, which was conducted at the Tampa International Airport, is believed to have been his final appearance on live television.[1]

WTVT shut down its analog signal on June 12, 2009 [2], as part of the DTV transition in the United States. WTVT remained on its current pre-transition channel number, 12 [3] using PSIP to display WTVT's virtual channel as 13.

WTVT broadcasts a total of 60 hours of local news a week (ten hours on weekdays and five hours each on Saturdays and Sundays), more than any other station in Florida, and the second most in the United States (behind San Francisco MyNetworkTV affiliate KRON-TV (channel 4), whose weekly local newscast output is only a half-hour more than WTVT's); in North America as a whole, only CHCH-TV in Hamilton, Ontario, Canada has more newscasts, with 69 hours each week. However as is standard with Fox stations that carry early evening weekend newscasts, WTVT's Saturday and Sunday 5 p.m. newscasts are subject to preemption or delay due to sports coverage.

Until December 2009, WTVT was one of two stations in the market to have two women regularly anchoring a newscast; Denise White and Kathy Fountain anchored the 5 p.m. news until Kathy Fountain's retirement on December 30. Wendy Ryan and Linda Hurtado, anchors of the 5 p.m. news on WFTS, were the other all-female anchor team. The station's morning newscast is Good Day Tampa Bay, which airs weekdays from 4:30–10:00 a.m. and weekends from 6:00–9:00 a.m.[4] The show started on September 12, 1994, three months before WTVT became a Fox affiliate.[citation needed]

WTVT began to adopt its current logo, which is similar to that of the Fox News Channel, on December 12, 2005 as part of NewsEdge at 11:00, although it did not completely switch to it until February 2006. The station was the first Fox O&O to use this logo style, which was gradually pushed to its sister stations as well. However, the current logo retains the numeric "13" which has been part of the station's logos since 1989.

Until 2009, WTVT was also the only station in Tampa Bay to use two news helicopters. The first one, SkyFOX, is a Bell 206 and is painted black. The second, SkyFOX 2, is a Robinson R44 and is painted blue. This helicopter is used whenever SkyFOX is grounded for mechanical reasons. When warranted, both helicopters are used to cover significant news stories. However, this changed in late 2009 when Fox scraped SkyFOX in favor of a share-lease agreement with WFTS as part of the Scripps/FOX news service. This allows WTVT, WFTS, and WTSP to utilize only one helicopter (Action Air One) to cover news events. [6].

Starting in March 2007, WTVT began upgrading its main studio. The new set debuted on April 23. Some aspects of the set include a 6' by 8' rear projection screen, a new anchor desk, a whole new weather center, and an area for the Lightning Round and a second anchor desk. There are also several plasma televisions behind the main news desk in the newsroom. WTVT announced that it will be part of the .2 Network when it launches.[citation needed]

On March 20, 2009, the Florida News Center website received word from sources that Fox has chosen WTVT to produce graphics and media for Fox's owned-and-operated stations, beginning by summer 2009. While the position will create more jobs at WTVT, similar positions at Fox's other stations are likely to be eliminated. [5]

In April 2009, Fox announced that its O&O stations in three markets (Tampa, Detroit, and Phoenix) will undergo a partnership agreement with E.W. Scripps Co.-owned TV stations. This venture will allow stations from both entities to combine news-gathering resources at general media events then distribute the video to participating stations within the market to use in their own reports. This means that some news-gathering resources of WTVT and WFTS will be combined. All other news operations at both stations will remain unchanged. [7]. WTSP joined in on the news service in June 2009 [8].

On June 30, 2009 starting with its 5 p.m. newscast, WTVT became the fourth broadcast television station in the Tampa DMA to broadcast its newscasts in high definition.

WTVT's weather team is the most experienced weather team in the State of Florida, with over 115 years of combined experience, with most of that experience spent at Channel 13 forecasting tropical weather. WTVT was the first TV news station in Florida to use radar in its weather presentation, and has made many advancements with the technology. Its newest advancement is SkyTower OMNI, combining the already existing SkyTower radar system with OMNI and VIPIR technology, which is also used by competitor WFLA-TV and the cable-only news channel Bay News 9.

On May 25, 2006, the station's radar was made even more powerful and is now "SkyTower HD VIPIR." [9] WTVT was also one of the first to use computer graphics in weather forecasts in the late-1970s, originally called "Weathervision" (no relation to the weather reporting company of the same name). The station also has the most meteorologists on a news team (in the market), with five meteorologists, and the only station (in the nation) with all of them American Meteorological Society certified. In addition, Andy Johnson has served since 1998 as the President of the West Central Florida Chapter of the American Meteorological Society.

In 1997, Steve Wilson and Jane Akre began work on a story regarding the agricultural biotechnology company Monsanto and recombinant bovine growth hormone (rBGH), a milk additive that had been approved for use by the Food and Drug Administration but also blamed for a number of health issues. Wilson and Akre planned a four part investigative report on Monsanto's use of rBGH, which prompted Monsanto to write to Roger Ailes, president of Fox News Channel in an attempt to have the report reviewed for bias and because of the "enormous damage that can be done" as a result of the report.[6]

WTVT did not run the report, and later argued in court that the report was not "breakthrough journalism." Wilson and Akre then claimed that Monsanto's actions constituted the news broadcast telling lies, while WTVT countered looking only for fairness. According to Wilson and Akre, they rewrote the report over 80 times over the course of 1997, and WTVT decided to exercise "its option to terminate their employment contracts without cause,"[7] and did not renew their contracts in 1998. WTVT later ran a report about Monsanto and rBGH in 1998, and the report included defenses from Monsanto.[8]

After Wilson and Akre's contracts were not renewed, they filed a lawsuit concerning WTVT's "news distortion" under Florida's whistleblower laws, claiming their termination was retaliation for "resisting WTVT's attempts to distort or suppress the BGH story."[9] In a joint statement, Wilson claimed that he and Akre "were repeatedly ordered to go forward and broadcast demonstrably inaccurate and dishonest versions of the story," and "were given those instructions after some very high-level corporate lobbying by Monsanto (the powerful drug company that makes the hormone) and also ... by members of Florida’s dairy and grocery industries."[10] The trial commenced in summer 2000 with a jury dismissing all of the claims brought to trial by Wilson, but siding with one aspect of Akre's complaint, awarding Akre $425000 and agreeing that Akre was a whistleblower because she believed there were violations of the 1934 Federal Communications Act and because she planned on reporting WTVT to the Federal Communications Commission. Reason magazine, referring to the case, noted that Akre's argument in the trial was that Akre and Wilson believed news distortion occurred, but that they did not have to prove this was the case.[11] 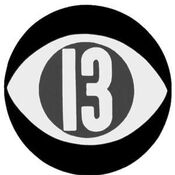 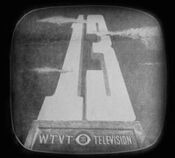 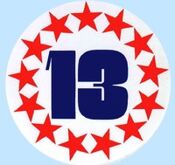 WTVT Channel 13 station ident from 1985 - Which opens a newscast 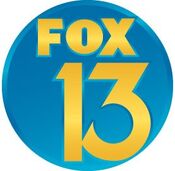