Annex
Register
Don't have an account?
Sign In
Advertisement
in: Local television stations in the United States

WTVH is the CBS-affiliated television station for Central New York State that is licensed to Syracuse. It broadcasts a high definition digital signal on UHF channel 47 from a transmitter in LaFayette. Owned by the Granite Broadcasting Corporation, the station is operated through joint sales and shared services agreements by Barrington Broadcasting. This makes it sister to NBC affiliate WSTM-TV and low-powered CW affiliate WSTQ-LP. All three share studios on James Street (NY 290) in Syracuse northeast of downtown and the I-690/I-81 interchange. Syndicated programming on WTVH includes: Live with Regis and Kelly, Wheel of Fortune, Jeopardy! and TMZ on TV.

The station debuted on December 1, 1948 as WHEN-TV with an analog signal on VHF channel 8. It went on-the-air as Syracuse's first television station. It was the first station owned-and-operated by the Meredith Corporation and was the 47th station to launch in the United States. Meredith simultaneously entered the television field in several Midwestern cities including Omaha and Kansas City. In 1954, it purchased WAGE-AM 620 changed the calls to WHEN and switched it to a CBS Radio affiliate to match the company's long ties to CBS television in all the markets where Meredith operated stations at the time.

WTVH has always been a primary CBS affiliate, although at first, it also carried secondary affiliations with NBC, ABC, and DuMont. When WSYR-TV (now WSTM-TV) signed-on in 1950, WHEN shared ABC with that channel until WNYS-TV (later WIXT and now WSYR-TV) signed-on in 1962. The affiliation with DuMont ended in 1956 when that network ceased operations.

In July 1961, the station moved to VHF channel 5, swapping channel locations with WROC-TV in Rochester as the Federal Communications Commission (FCC) was re-writing the Upstate New York allocation table to provide more VHF full-service stations in Rochester, Syracuse, and Albany. The original studios were located on Court Street. In 1963, the station moved to a new state-of-the-art combination radio/television facility on James Street just a block down the street from WSYR-AM-FM-TV's studios. Popular national radio and television personality Arthur Godfrey originated his late-morning CBS network radio show from the new WHEN studios on the day the facility opened to help the company celebrate.

In 1976, Meredith sold WHEN radio to Park Communications but kept WHEN-TV for almost another two decades. Since the radio station kept the WHEN calls, Meredith had to change the television channel's call sign. It originally wanted the new call letters WTVF ("TeleVision Five" referring the station's on-air identity) but those had already been claimed by the former WLAC-TV in Nashville, Tennessee. At this point, Meredith chose WTVH as the new calls with "H" being a link to its WHEN heritage. In June 1993, Meredith announced the sale of WTVH and sister station KSEE-TV in Fresno, California to Granite Broadcasting with the sale closing on December 23 of that year. With that deal, WTVH became Granite's oldest television station based on the date and time the station signed-on.

The company soon increased its Northeast holdings with the purchase of WKBW-TV in Buffalo in 1995 and WBNG-TV in Binghamton in July 2006. As part of the WBNG purchase, Les Vann (formerly President and General Manager of WTVH) was promoted to Executive Vice President of Central and Southern New York operations with regional responsibilities at both WBNG and WTVH. At the same time, Matthew Rosenfeld was promoted to Vice President and Station Manager of this channel after holding the General Sales Manager position since 2004. WTVH was featured in the film Bruce Almighty in 2003. It is portrayed as the rival station of WKBW-TV in Buffalo mainly because the common ownership of both stations made gaining rights to use them in the movie easier. It is also said that WKBW's real-life rival, WIVB-TV, refused to allow its branding to be used in the film resulting in WTVH being substituted.

In April 2008, Matthew Rosenfeld was appointed to the position of President and General Manager of WTVH and its Binghamton sister stations (WBNG and "WBXI"). On April 6, 2008, Jean Daugherty died at age 84. She was known to many baby boomer children as "The Play Lady" on this station's locally produced children program, The Magic Toy Shop, from 1955 to 1982. Jean wrote more than 6,000 episodes of the program, which when it ended its run, was the longest running local kid show in the country.

On March 2, 2009 as a result of low ratings, slow advertising sales, and the loss of the Ithaca area to WENY-DT2, it was announced that WTVH would enter into joint sales and shared services agreements with rivals WSTM and WSTQ. [2] [3] [4] Initially, WTVH continued to operate out of its own facilities on James Street but eventually moved into WSTM's studios a block away. [5] Its website was not updated after the announcement and was eventually integrated with WSTM's web address. The original holders of the WTVH calls from 1953 to 1965, WHOI in Peoria, Illinois, had an equivalent deal announced the very same day between the same two companies. That Barrington-owned station is now managed by WTVH's Granite sister station WEEK-TV. [6] WTVH's studios were put up for lease in Summer 2009, but so far, no takers have come forward.

On June 12, 2009, the station ceased analog television service on VHF channel 5. It remained on UHF channel 47 after the transition. [7] Through the use of PSIP, digital television receivers continue to display its virtual channel as 5. On September 6, 2009, its transmitter was damaged after a power failure. While Granite Broadcasting worked to fix the signal, WSTM's third digital subchannel (normally a 24-hour local weather channel) carried WTVH. [8] WSTM-DT3 broadcasts from a transmitter in the Sentinel Heights section of Onondaga and can also be seen on Time Warner digital channel 133. As of September 12, its signal was restored even though as late as November 12 over-the-air viewers continued to experience breakup of the signal. [9]

Since 1956 when CBS ended a secondary affiliation with WKTV after a dispute, this station has been served as the de-facto affiliate for the majority of the Utica market namely Herkimer County and that area's portion of Oneida County (Otsego County has WBNG as its default). In past years, WTVH was extremely protective of this status having barred current ABC affiliate WUTR from affiliating with CBS on at least one occasion. Under Granite's ownership, this status has not necessarily been taken advantage of in terms of advertising and targeting towards the Utica area. Portions of that area lost access to WTVH's over-the-air broadcasts as a result of the 2009 digital television transition. [10]

In 1997, CBS gained the rights to the American Football Conference of the National Football League. The league determined that portions of Yates County, a fairly narrow location only a few miles wide at certain points, was within 75 miles (121 km) of Ralph Wilson Stadium home of the Buffalo Bills. That area is on the far western fringe of the Syracuse market and it has bounced between the Syracuse and Rochester markets a couple of times. Therefore, WTVH is forced to blackout Buffalo Bills games if they do not sell out. With this station's control over the Utica market, unless the Bills are hosting a National Football Conference team or the game is on Sunday or Monday nights, it would be blacked out there as well. This was not the case when NBC held the rights to AFC games. WSTM was allowed to broadcast Bills games even when they did not sell out. However, the NFL and Bills apparently had not checked the regional television market boundaries for a number of years before the switch from NBC to CBS. Bills games at the Rogers Centre in Toronto, Ontario in Canada are not subject to blackout restrictions in Syracuse as no part of the area is within 75 miles (121 km) of Toronto.

[2][3]CBS 5 weeknight news open.For most of the first forty years on the air, the station was the dominant news channel in Central New York. But it fell into gradual decline beginning in the 1980s which accelerated under subsequent owners. Ever since the mid-1990s, WTVH's newscasts have struggled in the Nielsen Ratings running a distant third behind WSYR and WSTM. This precipitous decline in its local news viewership contributed to Meredith's decision to sell the station in 1993. Even the strength of CBS's prime time network programming failed to lift it out of the ratings basement.

In 2000, WSTM declined to renew its news share agreement with Fox affiliate WSYT that resulted in a nightly half-hour prime time newscast. As a result, WSYT partnered with WTVH to keep the broadcasts on-the-air. Now known as Fox 68 Eyewitness News at 10, this was eventually joined by an hour-long weekday morning show called Fox 68 Eyewitness News at 7. Meanwhile in 2003, WSTM brought back a nightly prime time show at 10 for WSTQ. In April 2006, WTVH ceased producing news programming for WSYT in order to focus on its own third place ranked newscasts. However, the 10 p.m. broadcasts were WTVH's most successful soundly beating WSTQ.

On December 22, 2006, one of the area's most popular long-time journalist, Nancy Duffy (general assignment reporter first for WTVH and later for WSYR) died. She had been away from work since August. Throughout her career, Duffy led the way for women in journalism. She became the first woman police reporter in Central New York after joining the Syracuse Herald-Journal in 1966. She was Syracuse’s first female television reporter when she moved to this channel in 1967. She became the first woman to join the Syracuse Press Club and later served as its President. In 1970, Duffy served as press secretary at Syracuse City Hall for then-mayor Lee Alexander. She returned to the station after a year and moved to WSYR as a reporter and weekday morning news anchor in 1977.

After becoming operated by WSTM, WTVH shut down its news department and merged with that channel. This resulted in the elimination of forty jobs at that station. Michael Benny was retained to solo-anchor the weeknight newscasts on that station from its separate studios using other personalities from WSTM for all other content. The system set up by WTVH to use all videotaped footage (including interviews) shot by WSTM was filled with problems with staffers from this station walking to WTVH's old studios to deliver raw video to be edited for its newscasts.

In October 2009, Barrington Broadcasting began to produce separate weeknight newscasts on WTVH from a new secondary set at WSTM's facilities. Although it retains separate branding, music, and graphic aspects of the weeknight shows that air from 5 to 6:30 and 11 to 11:35, the coverage is essentially the same. Each station now has its own Managing Editor and there are times where a reporter and one camera person will report a story for WSTM and WTVH. There are also instances when teams from each station are sent to cover a story. All newscasts on WSTM are simulcasted on WTVH except for the weekend morning broadcast. Neither station have attempted to offer news shows outside traditional time slots to compete with WSYR (such as weekdays at 11 a.m., 12:30 p.m., or weeknights at 4 and 7) and YNN Central New York which operates 24/7, despite a plan originally announced. [11] However, WSTQ's weeknight newscast was expanded to an hour on August 30, 2010.

Viewership has steeply declined on WTVH since WSTM took over operations. WSYR has seen a noticeable increase in viewership in its newscasts as it is now the only other local broadcast news operation in Syracuse. Time Warner Cable also owns and operates a local news channel in the market, YNN.

The following personnel made up the final news team at the station when it eliminated its news department.

These people were also seen on the station at some point in time. 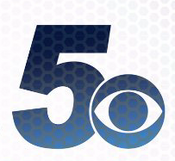