WTHR, channel 13, is a full-service television station serving the Indianapolis, Indiana metropolitan area. An affiliate of the NBC television network, its studios at 1000 N. Meridian Street anchor the south end of Indy's Television Row. The station broadcasts its digital signal on VHF channel 13 from its transmitter located at 9799 Ditch Road in suburban Carmel (its antenna tower being a major landmark on the nearby north leg of the I-465 beltway). Since 1974, WTHR has been owned by the Dispatch Broadcast Group of Columbus, Ohio.

The station signed on October 30, 1957[1] as ABC affiliate WLWI (often rendered in print as WLW-I), owned by Crosley Broadcasting Corporation. It was one of five stations which made up the Cincinnati-based WLW television network. Other stations included in this network were WLWT in Cincinnati, WLWC (now WCMH-TV) in Columbus, WLWA (now WXIA-TV) in Atlanta and WLWD (now WDTN) in Dayton.

From 1957 to 1962, the station was tied up in one of the most heated licensing disputes in early television history. The Federal Communications Commission (FCC) originally awarded the license to a group headed by Union Federal Savings and Loan president George Sadlier. However, after an appeal, the FCC reversed itself and awarded the license to Crosley. One of the other competitors, Richard Fairbanks, owner of WIBC-AM 1070 sued the FCC. Fairbanks claimed that the FCC had erred in awarding the last VHF license in Indianapolis to a company based in Cincinnati when there were viable potential licensees in Indianapolis. The suit, however, was filed too late to prevent WLWI from signing on.

The District of Columbia Court of Appeals overturned the FCC's decision in 1958, but allowed Crosley to continue running the station pending further FCC action. In 1961, the FCC awarded Fairbanks the channel 13 license, but Crosley appealed. A year later, Crosley and Fairbanks reached a deal in which Fairbanks bought WLWA in return for allowing Crosley to keep WLWI.

Amid this instability in ownership, WLWI found the going rather difficult. It was also dogged by a weaker network affiliation; ABC would not be on an equal footing with CBS and NBC until the 1970s. WLWI spent most of its first 17 years as an also-ran behind WFBM-TV (now WRTV) and WISH-TV. In some cases, it even fell to fourth place behind WTTV.

From last place to ratings leadership

Crosley/Avco poured a lot of money into WLWI, but eventually concluded that it was a third-rate operation and put it up for sale. The Wolfe family, owners of the Columbus Dispatch andWBNS-TV in Columbus, bought the station from Avco in 1974 and changed the calls to WTHR two years later. With new ownership in place, on-air quality began to improve, but WTHR was still rating third behind WISH and WRTV.

In the case of the ABC affiliation, the network rose to first place and was seeking out stronger local stations to affiliate with in many markets; NBC, meanwhile, was the lowest rated network. So in 1979, WTHR swapped affiliations with WRTV and became an NBC affiliate. Ratings were slow to improve until the mid-1990s, when WTHR hired former CBS News correspondent John Stehr to anchor its evening newscasts. WTHR quickly moved from third to second place after a botched relaunch at WRTV. Changes continued to be made, and in 1999, WTHR's Eyewitness News surged past then-dominant WISH in several key news timeslots, moving to first place for the first time in its history. By 2002, WTHR beat WISH in all news timeslots and changed its slogan to "Indiana's News Leader".[citation needed]

On September 2, 2007 WTHR celebrated its 50th anniversary[2] like its sister station in Columbus, WTHR used the song "Carousels (Dreaming of Tomorrow)" by Columbus, Ohio rock band Alamoth Lane, which was also used on WBNS as a large marketing campaign to promote the launch of its newscasts in high definition.[3] [4] [5]

WTHR also produces the Brain Game, a weekly televised quiz bowl competition for high school students. It has aired since 1972 and is currently hosted by meteorologist Chris Wright.[6]

For the 2016 Olympics from August 8 to 19, some of WTHR's syndicated programming was moved to WALV and its other subchannel.[19] By May 26, 2017, WALV-CD began broadcasting MeTV, which stayed on WTHR 13.3, dropping Cozi TV programming. However, Cozi was retained by WTHR.2.[20]

Due to reception problems in parts of Central Indiana with its VHF digital signal (including in areas on the fringe of its Grade Bcoverage such as Bainbridge and Crawfordsville) that did not occur with stations broadcasting on the UHF band following the transition, WTHR filed a request with the FCC in June 2013 to increase its transmitter power to 77,000 watts, which would exceed the Commission's maximum power limit in effect at the time.[21]

On June 11, 2019, Dispatch announced it would sell its broadcasting assets, including WTHR and WALV-CD, to Tegna Inc. for $535 million in cash. It would make WTHR and WALV-CD sister stations to ABC affiliate WHAS-TV in adjacent Louisville and would also result in Tegna owning its first station in Indiana since its predecessor company, Gannett, sold off Fort Wayne's WPTA to the now-defunct Pulitzer, Inc. in May 1983.[22] The sale was approved by the FCC on July 29,[23] and was completed on August 8.[24]

Current syndicated programming includes The Ellen DeGeneres Show, The Dr. Oz Show, Dr. Phil, and The Oprah Winfrey Show during the daytime, with Wheel of Fortune, and Jeopardy!before primetime.

WTHR used to have a partnership agreement with then-UPN affiliate WNDY-TV (channel 23; now a MyNetworkTV affiliate). Under the partnership, WTHR produced a 10 p.m. newscast for WNDY. However, the partnership ended when WNDY was purchased by LIN TV Corporation, which also owned WISH-TV. WISH-TV then assumed responsibility of the production of WNDY's 10 p.m. newscast. WTHR now airs a short 8 minute "First Forecast" on the company-owned SkyTrak Weather Network, channel 50, in lieu of a 10 p.m. newscast. SkyTrak Weather Network also airs constant weather forecasts for Central Indiana and replays of WTHR's midday, 6 p.m. newscasts, and short five-minute news updates throughout the day.

WTHR's newscasts surged to second place in 1996 after it hired former CBS Newscorrespondent John Stehr as anchor of its evening newscasts around the same time that WRTV saw its ratings plummet following a botched format change. For the next three years, the station waged a pitched battle with then-dominant WISH for first place. In 1999, the station's Eyewitness News broadcasts surged past then-dominant WISH in several key timeslots, finishing in first place for the first time in its history. It eventually overtook WISH-TV for first in all news timeslots in 2002. The station's ratings lead—which WTHR emphasizes in the slogan it adopted upon taking first place full-time, "Indiana's News Leader"—began to narrow in 2010 as WISH-TV and Fox affiliate WXIN (channel 59) saw viewership gains that year as WTHR’s ratings steadily decreased in certain timeslots, especially on weekday mornings. Despite decreased ratings for NBC's prime time schedule since the 2004-05 season, WTHR remains in a close battle with WISH for the #1 slot in the 11:00 p.m. timeslot.[27]

Beginning with the 10 p.m. Eyewitness News Nightbeat newscast on November 12, 2006, WTHR became the first station in Indiana to broadcast local news in High Definition, making it one of only seven TV stations in the Midwest broadcasting news in HD (the others being fellow Indianapolis station WISH-TV, WKYC-TV in Cleveland, KSDK in St. Louis, KARE-TV in Minneapolis/St. Paul, WCPO-TV in Cincinnati, and sister station WBNS-TV in Columbus, Ohio). WTHR broadcasts its local newscasts in 1080i high definition, which is the same high definition resolution as NBC network programming.

On October 2, 2007 starting with the noon newscast, WTHR began shooting, editing and transmitting field live shots in widescreen. This change will eliminate the need for pillars on these elements. It is important to note the difference between widescreen and high definition, as these three elements are being shot in 1080i, but due to current editing, transmission and storage facilities they are converted to a lower resolution for broadcast.

After several NBC affiliates in markets larger than Indianapolis switched to a different network and/or dropped the Eyewitness News tagline in the past two decades, WTHR is now the largest NBC affiliate to use Eyewitness News continuously to date. This is based on the fact the branding was originally synonymus with most ABC-owned stations and the now-defunctGroup W (Westinghouse) stations now owned by CBS.

WTHR has over the years received national honors for its news division, including Peabody Awards for two 2006 reports, "Cause for Alarm" (an investigation into faulty tornado sirens in Indiana) and "Prescription Privacy" (an investigation of improper disposal of personal pharmacy records); WTHR would earn a third Peabody for 2010's "Reality Check: Where Are the Jobs?", which revealed grossly exaggerated job creation claims made by the Indiana Economic Development Corporation.

On November 12, 2006, beginning with the 11:00 p.m. newscast, WTHR became the first television station in Indiana to begin broadcasting its local newscasts in high definition. The station's news set at the time, which was built in 1997 with an eventual conversion to HD broadcasts in mind, underwent a refresh as part of the upgrade. Much of WTHR's field video continued to be shot in pillarboxed 4:3 standard definition until October 2, 2007 when all video recorded and broadcast live outside the studio began to be broadcast in widescreen;[29] video recorded by the station's news crews is shot, edited and broadcast in the 1080iresolution.

In June 2011, WTHR began offering newscast segments for free streaming on the Roku digital video player.[30] On February 24, 2014, the station expanded its weekday morning newscast by a half-hour to 4:00 a.m.[31] On June 23, 2014, The Indianapolis Star announced that it would end its content partnership with WTHR, and enter into a new content agreement with Fox affiliate WXIN beginning on August 1.[32] 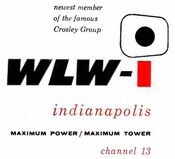 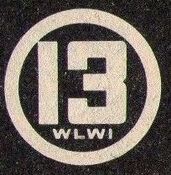 Retrieved from "https://annex.fandom.com/wiki/WTHR?oldid=535989"
Community content is available under CC-BY-SA unless otherwise noted.