WSOC-TV is the ABC-affiliated television station in Charlotte, North Carolina. It is owned by Cox Enterprises. The station's studio is located at North Tryon and 23rd Streets, just north of Uptown Charlotte, and is shared with sister station WAXN-TV (channel 64). The transmitter is located just outside Charlotte's northeastern city limits, in the Newell-Hickory Grove area. WSOC-TV is carried on cable channel 4 on cable systems in Charlotte, Gastonia and Rock Hill and on channel 9 in most outlying areas.

It was originally locally owned by the Jones family and their company, Carolina Broadcasting, along with WSOC radio (AM 1240, later on AM 930 and now WYFQ; and FM 103.7). WSOC-AM was Charlotte's second radio station, having signed on the air in 1929, seven years after WBT.

Channel 36 returned to the air in 1964 as WCCB. WCCB moved to the stronger channel 18 in 1966, but it continued to be at a competitive disadvantage because many Charlotte-area homes did not yet have sets with UHF tuning capability. As a result, ABC retained a secondary affiliation with WSOC and WBTV, while WCCB aired programs from all three networks that the other two stations declined.

In 1967, NBC, which at the time had an extremely low tolerance of local pre-emptions, told WSOC to start clearing all of NBC's programming or they would pull their affiliation. WSOC then dropped all remaining ABC programming and became a sole NBC affiliate, while WCCB became a full-time ABC affiliate.

By 1978 ABC had become the country's highest-rated network for the first time, and wanted a stronger outlet in Charlotte than WCCB. WSOC switched back to ABC on July 1, 1978, this time as a full time affiliate. NBC was sent over to former independent station WRET (nowWCNC-TV), and WCCB became an independent station for nine years, until its affiliation withFox at that new network's launch. The radio stations were sold off in the early 1990s; the AM station is now owned by Bible Broadcasting Network, and WSOC-FM by CBS Radio.

In 1996, WSOC-TV entered into a joint sales agreement with WKAY-TV, channel 64. As part of the deal, WKAY moved its operations to WSOC-TV's studios and changed its calls to WAXN-TV. WSOC-TV owned the rights to a large amount of first-run syndicated programming, but no longer had enough time in its broadcast day to air it all. Under the JSA, WAXN picked up much of this programming. Cox bought WAXN outright in 2001.

WSOC-TV was Charlotte's home of the Jerry Lewis MDA Telethon from 1974 to 2001; the program now airs on WAXN.

On Tuesday, December 21, 2010, a distraught 51-year-old woman armed with a gun entered the WSOC-TV studios, forcing the station to go off air just after the weekday 5pm newscast began. After a one hour standoff, the woman was taken into custody and it was determined that the gun was unloaded. No injuries were reported in the incident.[1]

The station's digital signal is multiplexed. WSOC-TV ended analog operations on June 12, 2009, as part of the DTV transition in the United States. The station continued broadcasting on channel 34. However, digital television receivers display the station's virtual channel as 9.

The station has some digital translators to improve coverage in areas where service was lost after the DTV conversion: W42DR-D in Valdesesigned on in May 28, 2009 with WSOC on 6.1 and WAXN on 6.2 (in 480i 16:9). This is to serve the Unifour Region of the state. WSOCTV1 is a replacement translator on RF channel 30 (PSIP 9.5) broadcast from Crowders Mountain to serve Shelby,[2] signed on in January 15, 2010. WSOC also has an application for an additional fill-in translator (WSOCTV2) in Statesville on RF channel 46.[3] In addition, in China Grove, on WAXNTV1, a displacement translator for WAXN-TV(RF 36) also carries WSOC in 16x9, SD on PSIP channel 9.7.

In North Carolina, WSOC is carried on cable in Wilkesboro, Sparta and Troy, which are both part of the Greensboro/High Point/Winston-Salem market. In South Carolina, WSOC is carried in Gaffney, which is part of the Greenville/Spartanburg/Asheville market. Since early 2009, WSOC was dropped in Bennettsville. The Federal Communications Commission (FCC) in recent years have allowed some out of market counties to receive significantly viewed stations. The North Carolina counties of Alleghany, Davidson, Davie, Montgomery, Wilkes and Yadkincan receive WSOC on DirecTV due to its high viewership and the fact that WSOC is easier to receive than the weaker WXLV analog signal in parts of the Greensboro/High Point/Winston-Salem market.

Since the early 1970s, WSOC-TV has used the Eyewitness News moniker for its newscasts. However, its style is very similar to the Action News format at sister station WSB-TV.

For many years, WSOC's news was a very distant second in the Charlotte market, behind the older WBTV. However, in 1981 it scored a major coup when it poached WBTV's longtime anchorman, Doug Mayes. The move quickly paid off; in 1982 it overtook WBTV for the lead at 11 PM, a lead it held for almost 25 years. It surpassed WBTV in most other time slots beginning in 1990, but lost the lead at noon to WBTV in 1994. It has been able to dominate the early news timeslots largely because of the presence of Oprah as a lead-in; the show has aired on channel 9 since its national premiere in 1986. In the February 2011 ratings, the station's newscasts won in every time slot except noon and 11 p.m., which were won by WBTV.[4] WSOC-TV produces a 10 p.m. newscast which airs on its sister station, WAXN-TV. The program aired on WCCB until that station launched its own local news operation in 2000. In the February 2011 ratings, WAXN's 10 p.m. news came in second to WCCB's; it led the WBTV-produced newscast on WJZY, as well as the 11 p.m. news on WCNC. [5] Bill Walker was WSOC's main anchor from 1971 until his retirement in 2005, longer than anyone in Charlotte television history.

WSOC-TV started producing local high definition newscasts on April 22, 2007 [2]. That made WSOC the first television station in Charlotte and the second station in North Carolina (behind Raleigh's WRAL-TV) to do newscasts in HD.

In September 2010, WSOC extended its morning newscast to air a 7-9am local news block on sister station WAXN.[6] This is in line with a growing trend across the country involving many other "Big 3" affiliates that make up duopolies with smaller stations. 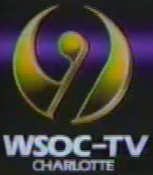 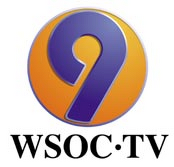 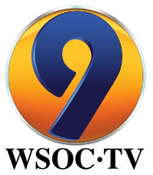