WPDE-TV is the ABC-affiliated television station for the Pee Dee and Grand Strand areas ofSouth Carolina that is licensed to Florence. It broadcasts a high definition digital signal onUHF channel 16 from a transmitter near Floydale. The station can also be seen on Time Warner channel 9 and HTC Cablevision channel 15. A high definition signal is offered on Time Warner and HTC Cablevision digital channel 815. Owned by Barrington Broadcasting, it is sister to CW affiliate WWMB and the two share studios on Atlantic Avenue in Conway.Syndicated programming on WPDE includes: Entertainment Tonight, Judge Judy, The Insider, and The Dr. Oz Show.

WPDE signed-on November 22, 1980 as an ABC affiliate. Programming from the network had previously been airing on WBTW on a part-time basis. The former Florence Civic Auditorium building was transformed into WPDE's first studio on South Cashua Drive. This facility would serve the channel for twenty-two years. The dedication of the new studios was conducted in early-1981 with remarks by then Governor Dick Riley. Current owner Barrington Broadcasting purchased the station from Diversified Communications in 2005. In 2009, WPDE-TV's digital signal remained on channel 16 when the analog to digital conversion was completed.

Analog Signal & Digital Signal fills in gaps in other markets

WPDE over-the-air analog signal (UHF 15) as typical with most UHF stations at the time, barely covered the entire Florence/Myrtle Beach market. At one time, the North Carolina side of the market had a weaker signal than WWAY out of Wilmington or WTVD out ofRaleigh/Durham. These stations can be picked up better. Since the Digital Transition of when it reached full power (at RF 16), it can be regularly picked up on the North Carolina side much better than its analog signal. The southern DMA's of Raleigh and Greensboro can now pick up ABC better than WXLV from Greensboro/High Point/Winston-Salem and especially WTVD from Raleigh/Durham because it is on Digital Channel 11. VHF Digital Channels do not work well with Digital Television unlike Analog. The eastern DMA of the Charlotte market benefits as well, the Columbia market too because WOLO's signal transit on Digital Channel 8 and the northern & western parts of the Wilmington market since WWAY's signal does not make it past US Highway 701 too well. 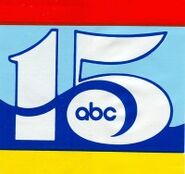