WOWT-TV, digital channel 22 and virtual channel 6 via PSIP, is the NBC affiliate television station in Omaha, Nebraska. WOWT also serves the state capital, Lincoln, 52 miles (84 km) away, with broadcast and cable coverage. As Lincoln is located in a different market area, satellite viewers in Lincoln receive NBC from KHAS-TV in Hastings, though WOWT has long been regarded as the primary local NBC affiliate in Lincoln.

The station's studios are located near 35th and Farnam streets, near downtown Omaha. Its transmitter tower is located on a "tower farm" near North 72nd and Crown Point.

The station was operated by Radio Station WOW, Inc. alongside WOW radio (AM 590, nowKXSP, and 92.3 FM, now KEZO)[1] The owners operated under a United States Supreme Courtruling which had forced the Woodmen of the World, who had founded WOW-AM in 1923, to divest itself of the radio stations because they threatened the Woodmen's tax-exempt status.

Meredith Corporation bought WOW-AM-FM-TV in 1958. The station claims it was bought by former Secretary of the Navy Francis Matthews in 1954, but this is false; Matthews died two years earlier.

In 1956, after the radio stations dropped their longtime affiliation with NBC in favor of CBS, WOW-TV switched affiliations with KMTV and became Omaha's CBS television affiliate. When Meredith sold channel 6 to Chronicle Publishing Company of San Francisco in 1975, it changed its call letters to WOWT under special FCC approval. Channel 6 later rejoined NBC under a special agreement with KMTV in 1986. In 1999, Chronicle sold its media holdings and WOWT was sold to Benedek Broadcasting via LIN TV in a three-way deal for WWLP in Springfield, Massachusetts; three years later, Benedek Broadcasting was bought out by current owner Gray Television.

WOWT's most famous former employee is former The Tonight Show host Johnny Carson, who worked at WOW-TV in the early 1950s as his first television job. He hosted a show called The Squirrel's Nest where he told jokes. Another prominent former employee is former ABC Good Morning America reporter Steve Bell, who worked for Channel 6 in the early and mid-1960s. He was the only local reporter to go to Dallas in November 1963 to cover the aftermath of the John F. Kennedy assassination. Bell left channel 6 in 1967 to join ABC News, where he stayed until 1986. During the analog era, WOWT-TV was relayed on a UHF repater, K58AE, which has since been shut down and deleted from theFCC database.

WOWT converted to digital broadcasting on February 17, 2009, the original date of the U.S. nationwide digital TV transition.[2] WOWT andNET station KYNE were the only two stations in the Omaha market to stay with the original deadline.[3] WOWT transmits its digital signal on channel 22, using PSIP to display its virtual channel as 6.

For its digital transition WOWT aired a 60-second farewell video bookending the analog era from beginning to end. It began with the words "Welcome to the Future", followed with archived film footage of WOW-TV's transmitter being turned on 1949 as it was covered by then-sister station WOW radio (now KXSP), outdoor scenes set to the patriotic song America the Beautiful, and concluding with the station logo and digital call sign WOWT-DT Omaha set to the NBC chimes.[4] Afterward the analog signal aired a scrolling nightlight message and ultimately ceased transmission.

Voiceover artist Charlie Van Dyke provided narration: "Sixty years ago, WOWT turned on its analog signal to be the first television station in Omaha. Now, join us for the digital age as we shut off our analog signal and transition to digital television. We look forward to the new journey ahead. This is WOWT, Channel 6."

In October 2005, WOWT-DT launched UPN Omaha on digital sub-channel 6.2. The station became an independent station named 62O when The WB and UPN networks merged in September 2006. KXVO, formerly the local WB affiliate, now carries The CW, while KPTM, the local Fox affiliate, shows My Network TV on a digital subchannel of its own. The channel has since been changed to the Universal Sports format as seen on many other NBC subchannels.

Syndicated programming on WOWT includes Who Wants to Be a Millionaire, The Ellen DeGeneres Show, Jeopardy!, and Extra.

In 1991, WOWT changed the name of its news division from "Action News 6" to its current moniker of "Channel 6 News". In 1995 Channel 6 began live simulcasts and taped replays of its daily newscasts on Omaha Cox Cable channel 1. The venture was known as "NEWS on ONE" until it became "News 4 You", Cox Cable channel 4, in 2009. Also in 1995, WOWT's sports division launched a weekly 30-minute sports news program titled "Channel 6 Sunday Sports Extra". It is the only program of its kind in Omaha, and it has been hosted since its inception by Sports Producer Ross Jernstrom.

WOWT was the most watched station for local news from 1996 until November 2006 when rival KETV, a Hearst-Argyle station, overtook WOWT to become the ratings leader. In recent years, the two stations have been neck-and-neck for the top spot, with KMTV, operated by Journal Broadcast Group, lagging far behind in a distant third place.

On October 30, 2008, WOWT debuted its new, updated studio. The updated studio featured two dozen flat-panel televisions, according to 6 News at 10 co-anchor Tracy Madden. Although the remodel took a little less than a month, the transformation is significant. The studio features a new news desk with a computer built into it, allowing breaking news to be broadcast immediately. Also, a new WOWT.com center shows the station's website. A new weather center and sports desk complete the new, fresh look.

On October 26, 2009, WOWT became the second station in Omaha to present local news in a 16:9 widescreen format (KMTV was the first station to do so), and the first to present the news in partial high-definition (all in-studio cameras are HD, but most field shots are still in 4:3 with HD caption graphics). As of December 2010, WOWT remains the only station in the Omaha market to air locally-produced newscasts in HD (KMTV and KETV both air newscasts in upconverted 16:9 ED; KPTM airs HD newscasts produced in Davenport, Iowa). 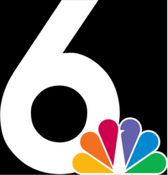 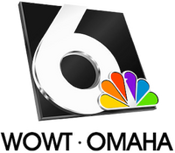 Retrieved from "https://annex.fandom.com/wiki/WOWT-TV?oldid=398056"
Community content is available under CC-BY-SA unless otherwise noted.