WNYT is the NBC-affiliated television station for the Capital District of New York State and Western New England that is licensed to Albany. It broadcasts a high definition digital signal on VHF channel 12 from a transmitter southwest of the Voorheesville section of New Scotland. The station can also be seen on Time Warner channel 13 and in high definition on digital channel 1813. Owned by Hubbard Broadcasting, WNYT has studios on North Pearl Street in Menandseven though it has an Albany address. Syndicated programming on the station includes: Who Wants to Be a Millionaire, Deal or No Deal, Friends and Entertainment Tonight. WNYT is one of several NBC affiliates that do not air Poker After Dark.

In addition to its main signals, WNYT operates five additional repeaters. Until the early-1990s, it maintained a translator in Kingston. This was first located on channel 63 but moved to channel 36 after the launch of WTZA in 1985. The translators were all built because WNYT's analog signal was not as strong as the other major stations in the Capital District (see below). All stations have since been converted from analog to digital even though the law currently exempts low-power repeaters to convert. Channels 18 and 45 retain the WNYT call sign.

The station began broadcasting on February 17, 1954 as ABC affiliate WTRI licensed to Troy. The station aired an analog signal on UHFchannel 35 and was co-owned with WTRY radio. WTRI's studios and transmitter were east of Troy on Bald Mountain. It left the air in January 1955 but returned in August 1956 as an ABC affiliate. In 1958, the station was re-licensed to Albany, moved to VHF channel 13, and received the new call letters WAST (for Albany/Schenectady/Troy). Originally, the station had wanted to take the "WTAS" calls (for Troy/Albany/Schenectady) but the similarity of the "TAS" letters to the news agency of the Soviet Union led to the use of WAST. It was sold to a company called Van Curler Broadcasting Corporation in 1959.

Shortly after the upgrade, WAST moved to a converted warehouse on the Albany/Menands town line on North Pearl Street (where it is today) which previously housed Selective Service records. Although improvements to WAST's signal had been made, it was still significantly weaker than the other television stations due to a sizable short spacing to New York City's WNDT (now WNET). Also, the Bald Mountain transmitter location (a legacy of the days when it was licensed to Troy) played a role as well. This forced WAST to build several translators to expand its coverage. The other stations in the market had their transmitters at a common location southwest of Voorheesville. In 1969, WAST was sold to Sonderling Broadcasting.

In 1977, the station switched affiliations with WTEN and became the Capital District's CBS affiliate. During the next year (1978), Viacompurchased Sonderling which made WAST the company's first television station holding. Ironically, Viacom had started as the syndication arm of CBS. On September 21, 1981, WAST swapped affiliations with WRGB and became the area's NBC affiliate. Seeking a fresh start and a new identity, Viacom decided to mark the affiliation change with the current call sign of WNYT. It is one of the few stations in the United States to have been a primary affiliate of all of the big three networks. In 1994, after Viacom bought Paramount Pictures, Viacom transferred all of its television holdings to Paramount's television arm, the Paramount Stations Group. Not long after that, Paramount announced formation of the United Paramount Network. It also announced it would sell off all of its non-UPN stations.

In 1996, Paramount/Viacom traded WNYT and WHEC-TV in Rochester to Hubbard Broadcasting for UPN affiliate WTOG-TV in the Tampa Bay area. WNYT signed-on its digital signal in October 2003 on VHF channel 12. Unlike the station's analog signal, WNYT-DT's transmitter was and continues to be southwest of Voorheesville with the market's other stations. WNYT switched-off analog transmissions on June 12, 2009, as part of the DTV transition in the United States. It remained on its pre-transition channel 12. [2] Tune to channel 13 using PSIP.

For many years, WNYT was a distant third in the area behind WRGB and WTEN. This was not only because it was the youngest station in the market but also because of its signal issues. Under Viacom ownership, the station expanded and modernized its studios, newsroom, and offices (including the market's first modern computers). The company also made a significant investment in electronic equipment including a satellite receiving news truck. Investment in talent increased on the channel with the building of its own talent and acquiring key personalities from other stations in the area.

WNYT had overtaken WTEN for the runner-up spot by the late-1980s, and in 1992, scored its first late news victory. Gradually, the station overtook longtime leader WRGB in other time slots. In Viacom's last sweeps period owning WNYT, the station won every time slot. It has remained the overall market leader under Hubbard ownership until mid-2009 when it lost the lead weeknights at 11 to WRGB in the May 2009 sweeps period. In November 2009, WNYT's weekday evening newscasts slipped to third place largely due to the station's decision to terminate many of its popular personalities. Since then, it has regained the lead in most newscasts.

Two years after Hubbard bought WNYT, it won the distinction of being the first and only station outside of New York City to win a regionalEmmy award for best newscast in New York State. With the re-branding of the station's newscasts from News 13 to NewsChannel 13 in 1991, WNYT became the first station to use the "Live. Local. Late Breaking." tag line slogan which is now commonplace throughout the country.

In the mid-1990s, the station began an alliance with PBS affiliate WMHT. This led to WNYT producing several programs for WMHT including semi-regular town hall meetings, the weekly call-in show Health LINK (which continues today) and for two years the market's first 10 p.m. newscast on WMHT's then-secondary station WMHQ (now WCWN). This production was canceled due to a lack of support. From 2001 until 2004, WNYT also maintained a joint sales agreement (JSA) with Pax affiliate WYPX that included rebroadcasts of newscasts and local non-news programming. In 2001, WNYT opened the Berkshire County Bureau on South Church Street in Downtown Pittsfield to cover theMassachusetts side of the market. At that time, the bureau was the first of a Capital District station. After forging an alliance with the (Glens Falls) Post-Star, the Saratoga/North Country Bureau was opened on Broadway in Downtown Saratoga Springs in early-2004.

In December 2005, WNYT began broadcasting NBC Weather Plus on its second digital subchannel with a full launch coming two months later on Time Warner digital channel 556. On March 24, 2008, WNYT replaced its weekday noon news with an hour-long broadcast at 11 in the morning entitled Midday. Family Feud, which originally aired for a half-hour at that time, moved to the noon time slot and was eventually dropped. WNYT operates its own weather radar, known as "NewsChannel 13 First Warning Live Doppler" at its former analog transmitter site on Bald Mountain. 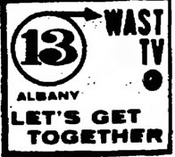 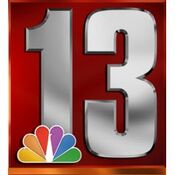 WNYT Newschannel 13 - Coverage You Can Trust promo from December 2013 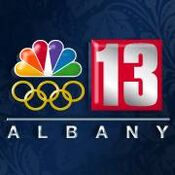 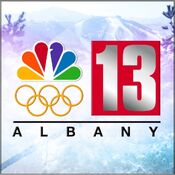 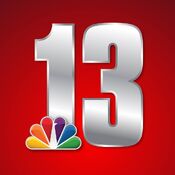 WNYT Newschannel 13 Live At 6PM Weeknight open from May 2, 2018
Add a photo to this gallery

Retrieved from "https://annex.fandom.com/wiki/WNYT-TV?oldid=590007"
Community content is available under CC-BY-SA unless otherwise noted.