WNCN is the CBS-affiliated television station in the Triangle region of North Carolina (the Raleigh-Durham-Fayetteville DMA), broadcasting on digital channel 17. It is licensed to Goldsboro, but its studios are just outside of downtown Raleigh. The station is carried on cable channel 6 in Raleigh, cable channel 2 in Durham and Chapel Hill, channel 10 in Wilson, Fayetteville and Southern Pines, channel 13 in Goldsboro, channel 9 in Carrboro, and cable channel 7 in most other places, including Cary. WNCN's transmitter is located in Auburn, North Carolina.

WNCN began life on April 11, 1988 as WYED-TV, a small station airing some children's programming during the morning such as Super Mario Bros. Super Show! and the Home Shopping Network the rest of the day. WYED was the first (and only) television station of Beasley Broadcasting Group, which was owned by George Beasley who got his start in 1961 by signing on radio station WPYB radio in nearbyBenson, North Carolina. Studios were located in Clayton, along with a 1,550-foot (470 m) tower nearby broadcast 2.6 million watts of power. In 1992, WYED added cartoons and syndicated talk and game shows. While the station could be seen clearly in Raleigh and Durham, it couldn't be seen as clearly in the far western and northern reaches of the Triangle.

In 1994 the Outlet Company of Providence, Rhode Island bought the station, and on January 1, 1995, changed its call letters to the currentWNCN (North Carolina's News). The new WNCN increased its signal to 5 million watts, boosting its coverage area to the entire Triangle. The station also added more sitcoms and first-run syndicated shows. It began to carry programming from the WB Television Network network, which launched in January 1995.

A month later, NBC signed a long-term affiliation deal with Outlet. Outlet had very good relations with NBC; it owned two of NBC's strongest affiliates, WJAR-TV in its home city and WCMH-TV in Columbus, Ohio. Channel 17 immediately began to run NBC programming pre-empted by the network's existing affiliate, WRDC-TV (channel 28), which had been one of NBC's lowest-rated affiliates for several years. NBC had been looking for a way to get on another station for some time, especially since WRDC frequently preempted its programming. WNCN completely replaced WRDC as the Triangle's NBC station in September after WRDC's affiliation contract ran out, sending the WB affiliation to WRAZ (channel 50). At that time, WNCN launched newscasts at 6:00 am, 7:00 pm and 11:00 pm. It also moved into the former studios ofWLFL-TV (channel 22) in North Raleigh.

Outlet sold its broadcasting holdings to NBC in 1996. Of note, this resulted in WNCN becoming NBC's first UHF owned-and-operated station since the 1950s. During that decade the network briefly owned WBUF-TV (later to become PBS station WNED-TV) in Buffalo, New York and the then-WNBC-TV in New Britain, Connecticut, the latter of which reacquired as WVIT in 1997.

In 2000, WNCN abandoned its 1,550-foot (470 m) tower in Clayton for a 2,000-foot (610 m) perch on an arm of Capitol Broadcasting Company's new digital candelabra tower eight miles (13 km) closer to Raleigh. WNCN-DT signed on at UHF channel 55 at the same time. The station had to get a waiver from the Federal Communications Commission (FCC) to do this, as FCC rules require a station's transmitter to be no further than 15 miles (24 km) from its city of license.

WNCN was the fourth station in the Triangle to have a primary affiliation with NBC. NBC had first aired on WTVD (channel 11) from 1954 to 1956, then WRAL-TV (channel 5) from 1956 to 1962. After WRAL became a full-time ABC affiliate in 1962, WTVD shoehorned CBS and NBC onto its schedule until 1968, when WRDC-TV signed on that year as WRDU-TV. (Channel 28 was also known as WPTF-TV, from 1978 until 1991.) When WNCN became a full NBC affiliate, it marked the first time that network's full schedule had aired in the Triangle since WRAL added ABC part-time in 1959.

In the last decade, WNCN's newscasts have never gotten out of third place in the Nielsen ratings. However, they have been far more competitive than WPTF's efforts at local news programs ever had been (channel 28 dropped newscasts July 31, 1991, before becoming WRDC later that fall).

After becoming an NBC station, WNCN began identifying itself as NBC 17. Even now, the station almost never uses its call letters on-air, except during legal IDs.

NBC 17 launched a local newscast at 7 p.m. Monday - Friday in February 2006. The station aired a half-hour 7 p.m. newscast when it launched as an NBC affiliate in 1995, but the newscast was canceled due to low ratings.

On January 9, 2006, NBC Universal announced it was putting WNCN up for sale[1] along with WVTM-TV in Birmingham, Alabama and the other two former Outlet stations, WJAR and WCMH. On April 6, 2006, it was announced that Media General would acquire these stations.[2] This made WNCN a sister station to WNCT-TV in Greenville. The sale was finalized on June 26, 2006. [1] For the time being, no new changes for the station are expected.

In early December 2006, WNCN's website, as well as that of sister station WJAR, were redesigned; they credited Media General in their copyright notices, and were no longer operated by Internet Broadcasting. WVTM's website followed suit on December 11, 2006, with WCMH's redesigned website launching on December 14.

NBC 17 launched a brand-new graphics package at the beginning of 2008, along with a new high tech set, featuring a new weather center and a sports video wall. NBC 17 started broadcasting in HD on August 14th, 2010. A redesigned website debuted in October 2010. In 2012 late it rebranded to WNCN which was it television letter similar to WRAL. It debuted new graphics package new music studio that they had since 2008 was updated new monitors. In 2013 they one 7 awards Edward .R. Murrow Award and award winning poison in the water investigation one midsouth regional award best evening newscast. In January 27, 2014 It debuted a half hour 11am newscast pushing My Carolina Today full hour to half hour at 11:30am, That meet discontinuation 4:30 am hour of WNCN Today.

As part of the analog television shutdown and digital conversion, WNCN shut down its analog transmitter, on June 12, 2009 at 12:30 PM, and moved its digital broadcast from channel 55 to channel 17. 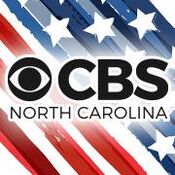 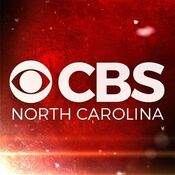 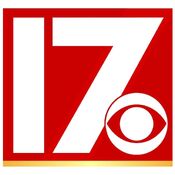 Retrieved from "https://annex.fandom.com/wiki/WNCN?oldid=398626"
Community content is available under CC-BY-SA unless otherwise noted.