WMAR-TV, channel 2, is the ABC affiliate television station in Baltimore, Maryland, owned by the broadcasting division of the E.W. Scripps Company. WMAR-TV's studios and offices are located on York Road in the unincorporated community of Towson (though with a Baltimore mailing address), north of the Baltimore City border, and its transmitter is on Television Hill in theWoodberry neighborhood of Baltimore City.

WMAR-TV first began broadcasting on October 27, 1947.[1] It was the eleventh television station in the United States, and the first in Maryland. It was owned by the A.S. Abell Company, publisher of the Baltimore Sun, along with the original WMAR-FM (97.9 MHz, now WIYY).

Channel 2 was originally an independent station, largely because at the time it was not clear whether Baltimore would be part of the Washington, D.C. market. Baltimore is 45 minutes north of Washington, and most of the Washington stations decently cover Baltimore. In 1948, however, the Federal Communications Commission made Baltimore a separate market. Soon afterward, WMAR-TV joined CBS as the network's second affiliate. One of channel 2's early personalities was Jim McKay, who later moved over to CBS before achieving greater fame on ABC as host of Wide World of Sports and Olympics coverage.

As a CBS affiliate, the station pre-empted an hour of the network's weekday morning daytime schedule, as well as CBS's late night programming. However, this wasn't a problem for Baltimore-area viewers, as most of the area got a decent signal from WTOP-TV in Washington (now WUSA). For many years, the station was co-owned with WBOC-TV in Salisbury.

In 1959, WMAR-TV teamed up with WBAL-TV (channel 11) and WJZ-TV (channel 13) to build the world's first three-antenna candelabra tower. The new 730-foot tower significantly improved the station's coverage in central Maryland. It is still in operation today, and can be seen from Interstate 83 in Baltimore.

During the 1970s, the FCC tightened its cross-ownership rules, eventually barring common ownership between a newspaper and a television or radio station in the same city without a waiver. However, the combination of the Baltimore Sun and WMAR-TV was one of several combinations to be "grandfathered" under these rules.

In March 1981 CBS informed channel 2 that it would be moving its affiliation in Baltimore to WBAL-TV, the market's NBC station. Among its reasons for making the switch, CBS cited WMAR-TV's weak newscast ratings and heavy pre-emptions of network programs.[2] Channel 2 quickly cut a deal with NBC, and Baltimore's first affiliation switch took place on August 30, 1981. For much of its time as an NBC station, however, channel 2 also pre-empted as much as two hours of the network's daytime programming. The station also pre-empted the Tonight Show Starring Johnny Carson for several years in the middle 1980s, choosing to air sitcom reruns instead. Both Tonight and pre-empted daytime programs were aired on then-independent station WBFF (channel 45), though Baltimore viewers could also watch the entire NBC lineup on network-owned WRC-TV in Washington.

On October 27, 1986, the A.S. Abell Company was purchased by the Los Angeles-based Times-Mirror Company. Times-Mirror could not keep both the Baltimore Sun and WMAR-TV due to the very same FCC cross-ownership rules which had "grandfathered" the combination under previous ownership but whose "grandfathered" protection was now rescinded with the ownership change. As a result, Times-Mirror opted to keep the Baltimore Sun and sell WMAR-TV to Gillett Communications three days after the merger was consummated. After filing for bankruptcy some time later, Gillett restructured its television holdings into SCI Television, and in the early 1990s SCI put WMAR-TV back on the market.

On March 1, 1982, after negotiations between WMAR-TV management and the American Federation of Television and Radio Artists (AFTRA) failed, all of the station's on-air talent, except one, went on strike.[2]AFTRA members, joined by the Teamsters, the Communication Workers of America and other local unions, picketed the station's offices on York Road and later its parent company's (A.S. Abell) offices at the Sunpapers building. When television color announcer Brooks Robinson refused to cross the picket line at the start of the baseball season, the strike ended.[3] The following day both news anchors, Tom Sweeney and Curt Anderson, were fired; there has never been another strike by on air talent in the Baltimore market since.

In early 1991, WBFF's owners, the Sinclair Broadcast Group, made an offer to buy WMAR-TV's channel 2 allocation, which would have resulted in WBFF (now a Fox affiliate) becoming a VHF station. However, that deal never materialized and WMAR-TV was instead sold to the E.W. Scripps Company in May 1991. The station continued as an NBC affiliate, and by then it didn't pre-empt much programming.

In 1994, E.W. Scripps and ABC announced a longterm affiliation deal, which called for four Scripps-owned stations switching to ABC. WMAR-TV was included in the deal, and channel 2 would displace Baltimore's longtime ABC longtime affiliate, Westinghouse Broadcasting-owned WJZ-TV. ABC agreed to the deal as a condition of keeping its affiliation on Scripps' two biggest stations, WXYZ-TV in Detroit andWEWS in Cleveland. Both of those stations had been heavily wooed by CBS, which was about to lose its longtime Detroit and Clevelandaffiliates to Fox.

Locally, it triggered Baltimore's second network affiliation swap, which saw WMAR-TV switch to ABC, WBAL-TV reuniting with NBC and CBS moving to WJZ-TV which later became a CBS owned and operated station. The second switch occurred on January 2, 1995. As a result, channel 2 became one of the few stations in the country to have been a primary affiliate with all of the "Big Three" networks.

In 1996, a year after the affiliation change, station management opted not to renew channel 2's carriage of The Oprah Winfrey Show, deciding instead to take a chance on the new The Rosie O'Donnell Show. The move proved costly in the long term, as market leader WBAL-TV picked up Oprah, and Rosie lasted only seven years. Since the switch, WMAR-TV has seen a drastic drop in viewership for its 5:00-6:30 p.m. news block, while WBAL-TV has thrived in that time slot.

As an ABC affiliate, WMAR-TV now usually runs the network's entire lineup. The station was Baltimore's home to the annual Jerry Lewis/MDA Labor Day Telethon for nearly three decades until it moved to WNUV-TV (channel 54). From 1979 to 1993, channel 2 was the over-the-air flagship station of the Baltimore Orioles.

WMAR-TV shut down its analog signal on June 12, 2009 [4], as part of the DTV transition in the United States. The station moved its digital broadcasts to channel 38 using PSIP to display WMAR-TV's virtual channel as 2.

Despite its newspaper roots, WMAR's newscasts have been in last place among Baltimore's "Big Three" network affiliates since the early 1960s, and the station has not been a significant factor in the news ratings in over 30 years. It lags behind both WBAL-TV and WJZ-TV in the ratings by a wide margin, and has even trailed WBFF in some timeslots. It is currently one of ABC's weakest affiliates, especially in a top-50 market. By contrast, WJZ-TV dominated the ratings in the Baltimore market when it was affiliated with ABC before it switched to CBS.

However, WMAR boasts one of the most respected sports departments in the region, thanks in large part to the presence of longtime anchor and former Baltimore Ravens radio play-by-play announcer Scott Garceau. It also lays claim to the market's most aggressive coverage of local college and high school lacrosse, arguably the most popular sport in the area among young athletes. WMAR works in partnership withESPNU to produce the ABC 2 Lacrosse Game of the Week during the college season, featuring prime matchups involving one or more Maryland lacrosse powerhouses, including Johns Hopkins University, Loyola College in Maryland, Towson University, the University of Maryland, College Park, and the U.S. Naval Academy. Garceau continues to do play-by-play for the station's lacrosse telecasts. Quint Kessenich, four-time lacrosse All-American with Johns Hopkins, is a major contributor to lacrosse coverage and appears sporadically as a fill-in anchor, host of the station's Baltimore Blast show and field reporter for select Ravens games.

All WMAR newscasts as well as other WMAR produced programming are streamed live on the station's website. WMAR is also one of ten television stations that airs the "Don't Waste Your Money" series of consumer reports from John Matarese, based at sister station WCPO-TVin Cincinnati.

On October 4, 2010, WMAR-TV became the last station in the market and the last Scripps-owned station to air newscasts in high definition.

ABC 2 WeatherNet Digital. It can be see via streaming live video on the station's website, over-the-air on WMAR-DT3, and on Comcastdigital channel 204. 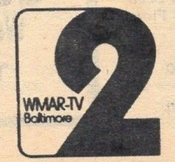 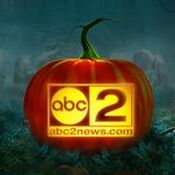 Retrieved from "https://annex.fandom.com/wiki/WMAR-TV?oldid=549532"
Community content is available under CC-BY-SA unless otherwise noted.