WJBK (branded Fox 2) is the Fox-owned and operated television station in Detroit, Michigan broadcasting on digital channel 7 (Virtual channel 2). Its studios and 1003-foot (305.7 m) tower are located in Southfield while its signal covers the Metro Detroit area.

WJBK also serves as a Fox station for several other Canadian cable markets, including Cogeco Windsor, and Rogers Ottawa. In addition, it was one of five local Detroit TV stations seen in Canada on the Shaw Direct satellite provider. As of April 30, 2009, Shaw Broadcast Services (formerly CANCOM), is no longer transmitting the signal, replacing its signal with fellow Fox network affiliate Rochester, New York's WUHF.[1]

The station debuted on October 24, 1948, as a dual CBS-DuMont affiliate owned by Storer Broadcasting (under George B. Storer) along with WJBK-AM 1500 (now WLQV) and WJBK-FM 93.1 (now WDRQ). WJBK became an exclusive CBS affiliate in 1956 after the DuMont network went out of business. In a 1985 corporate deal, the station came under the ownership of KKR. It was then sold as part of a group deal to Gillett Communications in 1987, which later reorganized into SCI Television.

WJBK was sold to a firm also related to Gillett Communications, New World Communications in 1993 as part of yet another group deal after SCI went bankrupt. In 1992, WJBK chose not to air CBS This Morning, in favor of showing local news.[2] While WJBK had a history of showing most CBS programming, it began to pre-empt CBS programming a bit more than usual in 1993, around the time New World Communications bought the station. One example of this was when the CBS soap opera Guiding Light was moved from its network start time of 3:00pm ET to 10:00am, to allow for syndicated programming.

In 1994, New World agreed to affiliate its stations, including WJBK to Fox when that network won the contract to carry the NFC football package (including the Detroit Lions), which was originally carried on the station as a CBS affiliate. As a result, WJBK dropped CBS after 34 years and Fox moved its programming from WKBD to WJBK on December 11, 1994.

CBS moved to a weak independent station WGPR (which would be sold to CBS and renamed WWJ-TV). Like most other New World stations, WJBK also did not take Fox's children's programming, (Fox Kids/FoxBox/4KidsTV) which remained on the market's former Fox station (and charter UPN affiliate) WKBD-TV (before briefly moving to WADL, and ultimately, to WMYD). As a result of the network change, WJBK's branding switched from 'TV 2' to 'Fox 2 Detroit.' The actual rebranding didn't take place until Fall 1995.

Fox bought out New World Communications in 1997, and WJBK became a Fox owned and operated station. The network brought stronger syndicated shows on WJBK. However, the station continued its practice of not running children's programming from the network, which was subsequently discontinued in January 2009 for a network-transmitted infomercial block also not aired by WJBK.

In 2006, WJBK officially debuted its MyFox website, myfoxdetroit.com (similar sites have also been adopted by all the other News Corporation owned Fox affiliates).

WJBK is one of the eight network-owned stations in Metro Detroit, the other two are CBS-owned WWJ-TV and CW-affiliate WKBD-TV, both are owned by CBS Corporation. There's also low-power stations WDWO-CA, owned by Tri-State Christian Television and W66BV, owned by the Trinity Broadcasting Network. The last three stations are Windsor-based CBET and French station CBEFT (although operates as a satellite of Ottawa's CBOFT -- which in turn rebroadcasts Toronto's CBLFT), both are owned by the Canadian Broadcasting Corporation -- parent company of CBC Television and lastly, Ann Arbor-based WPXD, owned by ION Media Networks.

After the analog television shutdown and digital conversion was completed on June 12, 2009, and WXYZ-TV shut down its analog signal, WJBK was moved to channel 7 from channel 58.[3] Through the use of PSIP, digital television receivers will continue to display WJBK's virtual channel as 2. The shutdown of its analog signal marks the end of 60 years of broadcasting on channel 2 by WJBK.

Before the analog shutdown, WJBK was broadcasting on UHF channel 58. This channel was one of the channels (52-69) being reclaimed by the FCC for public safety and advanced wireless services.[1] Its final broadcasting channel assignment, announced May 7, 2007, is VHF channel 7 - formerly occupied by the analog broadcasts of WXYZ-TV.

WJBK televised some Detroit Tigers games in the 2007 season and Detroit Red Wings games during the 2003-2007 seasons, which were produced by sister station Fox Sports Detroit. In March 2007, WJBK began showing Red Wings games in High Definition. From 1953 to 1971, WJBK served as the flagship station of the Tigers' television network, with games broadcasted throughout Michigan, northern Indiana, and northwest Ohio. Currently, the only Tigers games aired on WJBK are Major League Baseball on Fox telecasts and the home opener for the Tigers (produced by Fox Sports Detroit).

Most regular season Detroit Lions games air on WJBK, since Fox holds the rights to broadcast games in which the road team is in the NFC (see also NFL on Fox). Even so, CBS O&O WWJ-TV is considered the "official station" of the Lions and produces its preseason games and airs the weekly Ford Lions Report. With Detroit being the team's primary market, regular season home games on both stations are subject to the NFL's local television blackout policy, most recently during the 0-16 2008 Detroit Lions season, in which 5 home games were blacked out due to poor performance and low ticket sales figures.

The station aired assorted sci-fi and horror movies on Saturday afternoons, hosted by the humorous personality Sir Graves Ghastly, played by actor Lawson J. Deming. Deming, who played Sir Graves on WJBK from 1967 to 1983, had originally come to the station as the puppeteer and voice actor for the children's program Woodrow the Woodsman when that show moved from Cleveland to Detroit in 1966. He made personal appearances well into the 1990s and died April 24, 2007, just one day after his 94th birthday.[4]

With This Ring was a religious program produced at the studios of WJBK from approximately the early 1970s through the mid-1990s. Hosted by Roman Catholic priest Raymond Schlinkert, the 15-minute weekly show featured lectures and advice about marriage and family life. The program appeared in syndication on numerous U.S. commercial stations, usually shown immediately following the station's sign-on or before sign-off on Sundays.

WJBK broadcasts a total of 52½ hours of local news a week (8½ hours on weekdays, five hours on Saturdays and 3½ hours on Sundays), more than any other station in Detroit, and more than any individual television station in Michigan; however as is standard with Fox stations that carry early evening weekend newscasts, WJBK's Saturday and Sunday 6 p.m. newscasts are subject to delay due to sports coverage. After becoming a Fox affiliate station, WJBK maintained a newscast schedule that is very similar to a CBS, ABC, or NBC affiliated station. Upon the network switch, the station moved its late evening news broadcasts from 11 p.m. to 10 p.m. The station is known in the area for its "Problem Solver" investigative unit that was started in 1998. Since the early 1990s, the station has repeated its 10 p.m. newscasts four hours later at 2 a.m. the following morning.

WJBK operates an Aerospatiale AS350BA A-star news helicopter called Sky Fox, to cover breaking news and track severe weather. WJBK's newscasts in the CBS-era were rebroadcasted on WADL under a partnership WJBK had with that station, and continued until 1998. The station also had an Eyewitness News format that was similar to sister station WHBQ-TV in Memphis, thus calling itself Fox 2 Eyewitness News for sometime before shortening to the current Fox 2 News.

On January 8, 2007, WJBK started simulcasting parts of its weekday morning news on Northern Michigan's Fox affiliate, WFQX-TV, based in Cadillac. On that station, the simulcast ran from 6 to 8 a.m. and was known as Michigan's Fox News Morning. This arrangement was possible as a result of a cooperative arrangement offering local advertising opportunities to Northern Michigan businesses. From February 5, 2007 to October 31 after the completion of its own 10 p.m. newscast, WFQX simulcasted the second half of WJBK's weeknight 10 o'clock news. It ended when new owners acquired WFQX and CBS affiliate WWTV gained control of the station. This lead to a new 10 P.M. newscast produced by WWTV that limited WJBK's newscasts to air on WFQX in the mornings. On January 14, the WJBK morning news simulcast was dropped as WFQX, on January 7, began airing a two hour long extension of WWTV's morning news at 7 a.m.

On September 24, 2007, WJBK launched its first ever 11 p.m. newscast as a Fox affiliate, using the NewsEdge format originally used by WTVT. On the same day, WJBK redesigned its look to be more in line with other Fox-owned stations, with a new set, logo, graphics and news music that have also been used on other Fox-owned stations such as KMSP-TV in Minneapolis-St. Paul and KDFW in Dallas-Ft. Worth. This marks the biggest change to the station's image in ten years.

On April 22, 2008, WJBK became the third and final station in the Detroit market, and the first Fox-owned station, to broadcast its local newscasts in high definition, after rival area stations WXYZ and WDIV. As of November 30, 2009, it now uses the new Fox O&O HD graphics currently used on its other Fox-owned sister stations. On September 14, 2009, WJBK's morning newscast expanded to five and a half hours, running from 4:30-10 a.m.

On Sunday nights, WJBK airs a sports highlights and discussion show SportsWorks. Often there is a round table discussion between the Detroit media and Dan Miller or Woody Woodriffe. The SportsWorks brand is also used for other sports related segments during newscasts.

For many years, WJBK's newscasts have usually rated a competitive third in the Detroit market, behind WXYZ and WDIV. An exception was during the period of 1974-1978 when George Noory, now host of the syndicated radio show Coast to Coast AM, was the executive producer; during this period, WJBK-TV was number one in the market.

However, since the switch in network affiliation from CBS to Fox, WJBK's evening newscasts have been consistently in third place while the station's local morning news show and 10 p.m. newscast have usually won their time slots. There are only three local in-house news stations in the Detroit market (MyNetworkTV affiliate WMYD currently airs an outsourced newscast which originates from one of its sister stations located outside the Detroit media market). Since 2002, WKBD-TV has not produced any news programming (and since 2004 has not aired any news programming), while sister station and CBS O&O WWJ-TV doesn't air any local news (only weather reports during The Early Show and the top of the 11 p.m. hour). 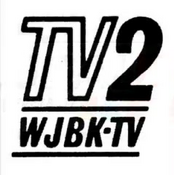 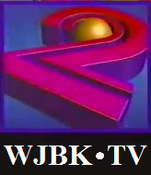 WJBK is carried on most cable systems in Southeast Michigan, Southwestern Ontario, and Northwestern Ohio.

Coverage on cable systems outside the Detroit / Windsor market may be subject to syndex and network blackouts in the United States, and simsubbing in Canada.

Retrieved from "https://annex.fandom.com/wiki/WJBK?oldid=398835"
Community content is available under CC-BY-SA unless otherwise noted.