WDSU is the NBC affiliate television station for the New Orleans, Louisiana television market. It is owned by Hearst Television, which in turn is wholly owned by the Hearst Corporation. It broadcasts on virtual channel 6. Its transmitter is located in Chalmette, Louisiana; while its studios are located in downtown New Orleans.

The station also serves as the default NBC affiliate for most of the Gulf Coast region of Mississippi (including Biloxi, Gulfport andPascagoula) since that area doesn't have an NBC affiliate of its own, and is carried on Cable One systems in southern Mississippi. The station's current tagline is "6 On Your Side."

WDSU-TV signed on the air on December 18, 1948 as the first television station in Louisiana. It was owned by New Orleans businessman Edgar B. Stern, Jr. along with WDSU radio (1280 AM, now WODT; and 93.3 FM, now WQUE-FM).

The station initially carried programming from NBC, CBS, ABC and DuMont. Even after WJMR-TV on channel 61 (now Fox affiliateWVUE on channel 8) signed on in 1953 as a primary CBS and secondary ABC affiliate, WDSU continued to "cherry-pick" a few of the higher-rated CBS and ABC programs until 1957, when WWL-TV signed on as a full-time CBS affiliate. At that time, WJMR took the ABC affiliation full-time, leaving WDSU as an exclusive NBC affiliate. It lost DuMont when that network ceased operations in 1956.

The radio station was originally located at the DeSoto Hotel (now Le Pavillon Hotel) on Baronne St. WDSU-TV began operations in the Hibernia Bank Building, at that time the tallest building in New Orleans. It moved into the historic Brulatour Mansion on Royal Street in the French Quarter in April 1950. At that point, Stern reorganized his broadcast holdings as the Royal Street Corporation. The transmitter site remained at the Hibernia Bank Building until 1955 when the new transmitter facilities were completed in Chalmette, LA, where the tower remains today.

In the 1950s WDSU-TV became the springboard for the career of Dick Van Dyke, first as a single comedian and later as emcee of a comedy program.[1]

WDSU was the ratings leader in New Orleans for over a quarter century, largely because of its strong commitment to local coverage. It originated the first live broadcasts of the Sugar Bowl and Mardi Gras, and was the first area station to have extensive local coverage of a hurricane.

Royal Street merged with Cosmos Broadcasting of Columbia, South Carolina in 1972. Cosmos had to sell off the radio stations because it was over the Federal Communications Commission's ownership limit of the time. Cosmos eliminated much of the local flavor that had been the station's hallmark, opting to concentrate on its already strong news operation (it had been saluted by Time as a news pioneer in 1966). By the early 1980s, rival WWL-TV had overtaken WDSU as the ratings leader. WDSU has been a solid runner-up to WWL for most of the last quarter-century, though in recent years it has had to fend off a strong challenge from a resurgent WVUE.

WDSU became the first station in the market to provide color telecasts in 1955, and the first New Orleans station with its own doppler weather radar in the 1990s (Super Doppler 6000).Cosmos sold WDSU to Pulitzer in 1989. Pulitzer sold its entire television division, including WDSU, to Hearst-Argyle Television (predecessor to the present-day Hearst Television) in 1999. The station moved into a new facility on Howard Avenue and Baronne Street in March 1996.

On November 11, 2006, after a remarkable 51 years in New Orleans broadcast television—nearly all of them with WDSU—anchor and former news director Alec Gifford officially announced his retirement. His retirement became effective in December 2006.[2]

WDSU's analog and digital transmitters were both destroyed in the hurricane.[4] WDSU arranged to transmit via Ion Television affiliate WPXL channel 49 through the end of December 2005; reduced-power service was restored on channel 6 in October 2005.[2] WDSU replaced its transmitter building with an elevated and rugged hurricane resistant building to house its analog and digital transmitters. Construction of this building was completed in early February 2008.[3][4] On August 1, 2007 WDSU's digital signal was restored, temporarily sharing a frequency with WHNO's digital channel 21. In late February 2008 its analog signal was restored to full power and their digital signal on channel 6.1 was restored on March 6, 2008.

In 2008, WDSU broadcast nonstop coverage of the approach, landfall and aftermath of Hurricane Gustav for five consecutive days. The storm prompted a massive evacuation of much of the station's viewing area. On September 1, 2008 WDSU's coverage of Hurricane Gustav aired nationally on DirecTV channel 361. Coverage was also available on the station's website, and its audio was carried by the Citadel group of radio stations in New Orleans. C-SPAN 2, and ABC affiliate WBRZ (channel 2) in Baton Rouge made portions of live coverage available as well.

WDSU tapped the resources of its parent company, Hearst-Argyle Television, and brought in personnel from across the country to assist in various capacities. Some WDSU news team members were relocated to support studios in Baton Rouge and Orlando and provided reports via satellite. All three locations stayed operational throughout the storm. One of WDSU's sister stations, ABC affiliate KOCO-TV (channel 5) in Oklahoma City, also provided coverage of Hurricane Gustav via its second digital subchannel for evacuees who came to Oklahoma City.

The station's digital channel on UHF 43, is multiplexed:

Through the use of PSIP, digital television receivers display WDSU's virtual channel as "6".

In October 2006, a dispute between WDSU's owner, Hearst-Argyle, and Cox Communications caused WDSU's HDTV signal to be pulled from New Orleans area cable TV systems.[5] As a result, no high-definition television content was available from WDSU via any medium (over the air, cable, or satellite), forcing New Orleans viewers looking for high-definition NBC programming to attempt to pull in a signal from Baton Rouge affiliate WVLA. In April 2007, WDSU-DT was added to DirecTV's lineup, after which local cable carriers one-by-one began to add it also.

On September 27, 2007, Cox Communications and Hearst-Argyle announced an agreement to restore WDSU-DT to Cox's New Orleans area cable systems [5]; WDSU-DT and WDSU's WeatherPlus channel were added to Cox's channel lineup the next day.[6]

Currently, WDSU broadcasts a total of 31 hours of local newscasts each week (with five hours on weekdays, and three hours on weekends). On December 14, 2008, the Sun Herald, a local newspaper on the Mississippi Gulf Coast, partnered with WDSU-TV to give more news and weather coverage for South Mississippi.

On September 14, 2009, WDSU dropped its noon newscast in favor of a new hour-long 4 p.m. newscast, making it the only TV station in the New Orleans market to offer a newscast at that timeslot.[6]

On July 10, 2010, WDSU began broadcasting its local newscasts in 16:9 widescreen standard definition, along with the introduction of updated graphics. WDSU is one of now two stations in the New Orleans market that have yet to upgrade production of their local news programming to high definition. WGNO began broadcasting high-definition local news in mid-2011 when it installed a new HDTV control room and studio cameras. WVUE was the first only station in the market that broadcasts its local newscasts in true high definition, having upgraded to HD in April 2007. WWL-TV made the switch to full HD on October 1, 2014. On August 16, 2010, WDSU expanded its weekday morning newscast to 2½ hours, by adding a 4:30 a.m. newscast entitled WDSU News First Edition.[22] On September 3, 2018, WDSU relaunched an hour-long midday newscast, ending a nine-year absence.

As of August 1, 2019, WDSU is now one of three remaining Hearst Television stations to have yet to upgrade production of their local newscasts to HD (Albuquerque ABC affiliate KOAT and Louisville CBS affiliate WLKY are the others). 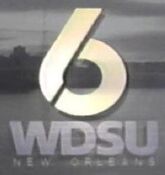 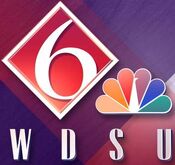 NBC Daytime - Days Of Our Lives: Shadows Of The Past - Weekdays promo w/WDSU-TV New Orleans byline for May 1994

WDSU News This Morning open from 2013

Retrieved from "https://annex.fandom.com/wiki/WDSU?oldid=535978"
Community content is available under CC-BY-SA unless otherwise noted.