WCMH-TV, channel 4, is a television station in Columbus, Ohio, affiliated with the NBC television network and owned by Media General. The station's studios and transmitter are located in Columbus. NBC-4 currently broadcasts partly from a studio in downtown Columbus, a remote studio that is located at the corner of High and Broad Streets and is called "NBC 4 on the Square". It includes a large window behind the anchor desk that allows the camera to capture the activity of the downtown workday.[1] It primarily broadcasts from its studio and office complex near the Ohio State University on Olentangy River Road.

Columbus' first television station began operations on April 3, 1949 as WLWC on channel 3. The station's original owner was the Cincinnati-based Crosley Broadcasting Corporation, a division of the Avco Company. Crosley also owned WLW radio and WLWT television in Cincinnati, as well as WLWD television (now WDTN) in Dayton. Together these stations comprised the "WLW Network", and they emphasized their connection to each other within their on-air branding: the Columbus station was known as WLW-C.

Like all of the WLW television stations in Ohio, WLWC was an NBC affiliate, though it carried some programming from the DuMont network until WTVN-TV (now WSYX) took the DuMont affiliation when that station launched in August 1949. In 1952, following the release of the FCC's Sixth Report and Order, a VHF frequency realignment forced WLWC to move channel 4, trading channels with NBC-owned WNBK (now WKYC-TV) in Cleveland.

The Crosley TV station group, which would later grow to include WLWI (now WTHR) in Indianapolis, WOAI-TV in San Antonio, and WLWA (now WXIA-TV) in Atlanta, adopted the Avco name during the middle 1960s. Along with NBC programming, the Crosley/Avco stations in Ohio and Indianapolis also aired common programming, including The Paul Dixon Show, Midwestern Hayride, The Ruth Lyons 50-50 Club (later to become The Bob Braun Show), The Phil Donahue Show, and telecasts of Cincinnati Reds baseball.

In 1970, the common ownership of WLWC, WLWT, and WLWD, was given protection through a "grandfather clause" from a new Federal Communications Commission (FCC) rule that which prohibited media companies from owning two or more television stations with overlapping signals. In 1975, Avco announced the sale of its broadcasting outlets, and WLWC was sold in April 1976 to the Providence, Rhode Island-based Outlet Company, who changed the station's call letters to the current WCMH-TV.

WCMH-TV was placed up for sale by NBC-Universal on January 9, 2006, along with sister stations WJAR-TV in Providence,WVTM-TV in Birmingham, Alabama, and WNCN-TV in Goldsboro, North Carolina. Media General, the Richmond, Virginia-based company which already owned five NBC affiliates in the southeastern United States, announced it would purchase the four stations on April 6, 2006; the sale was finalized on June 26, 2006.[2] As a result, channel 4 became Media General's first station in the Great Lakes region.Outlet sold its broadcast interests to NBC in 1996, and channel 4 became an NBC owned-and-operated station, spending much of the next decade as one of two stations in the market to hold such status; the other was UPN's WWHO (owned by that network from 1997 to 2005; it has since been sold to LIN TV). For several months after the sale closed, WCMH's website and those of the other three stations remained in the format used by the websites of NBC-owned stations. In December 2006, WNCN and WJAR launched redesigned websites, which are no longer powered by Internet Broadcasting. On December 11, 2006, WVTM's website followed suit, followed by WCMH on December 14. Media General has since located the master control for all Media General NBC affiliates at its Columbus studios.[3]

WCMH-TV shut down its analog signal on June 12, 2009 as part of the DTV transition,[4] it remained on channel 14 [5] usingPSIP to display WCMH-TV's virtual channel as 4 on digital television receivers.

On May 27, 2008, with the opening of NBC 4 on the Square, WCMH became the last major Columbus station to begin broadcasting local newscasts in high definition. Like most other stations with high-definition newscasts, WCMH relies mostly on upconverted 16:9 widescreen standard definition footage for its remote field reports. The 1990s brought changes to the normally stable WCMH-TV. In 1990, Mona Scott decided to leave channel 4, and was replaced by Angela Pace. Pace would leave for WBNS-TV in 1992, and Doug Adair and Jimmy Crum both retired in 1994. Pace's and Adair's replacements, respectively, were Colleen Marshall and Cabot Rea, and the pair have helmed WCMH-TV's evening newscasts since then. The changes resulted in an earlier audience fall-off, but channel 4 once again passed WBNS-TV for the overall lead for a time in the late 1990s and early 2000s, and often won 11 o'clock news ratings over WBNS (due to NBC winning prime time and late night ratings over CBS during those years). For a few years, from 2000 until 2003 WCMH also won the morning news race with the combined anchor team of Tylar Bacome, Anietra Hamper, Bob Nunally and Beth Dalponte/Kellie Hanna covering traffic. WCMH is currently the #2 station in the market in all other time slots except at noon when it trails both WBNS and WSYX. WCMH and WSYX have also been trading second and third place at 5 p.m.For most of its history, WLWC/WCMH-TV has been second in the Columbus ratings, except for the station's 11:00 p.m. news, which occasionally beats market leader WBNS-TV. For nearly 20 years, Hugh DeMoss anchored channel 4's evening newscast, called The DeMoss Report. By the late 1970s into the early 1980s, however, the NBC affiliate languished in third place. In 1983, the station brought in veteran news anchor Doug Adair and his then-wife, reporter Mona Scott, from WKYC-TV in Cleveland as the station's main anchoring team. They brought a "happy talk" format to the market for the first time, as well as launching the 5:30 p.m. newscast. WCMH began a slow rise that would result in the station overcoming WBNS to reach number-one in the market, and in the process, the mid-1980s NewsWatch 4 team of Adair, Scott, meteorologist Jym Ganahl, and sportscaster Jimmy Crum (who joined the station shortly after its 1949 debut) became the most popular anchor team in Columbus television history. This also coincided with NBC's becoming the number one network during that time. 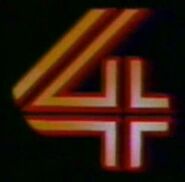 Retrieved from "https://annex.fandom.com/wiki/WCMH-TV?oldid=398235"
Community content is available under CC-BY-SA unless otherwise noted.