WANE-TV is the CBS-affiliated television station for Northern Indiana that is licensed to Fort Wayne. The station broadcasts a high definition digital signal on UHF channel 31 from a transmitter at its studios on West State Boulevard in the city. It can also be seen on Comcast and Verizon FiOS channel 2 with high definition on Comcast digital channel 203 and Verizon FiOS digital channel 502. Syndicated programming on WANE includes: Jeopardy!, Wheel of Fortune, Inside Edition, and The Dr. Oz Show.

On WANE-DT3, Comcast digital channel 251, and Verizon FiOS digital channel 462 is a 24-hour local weather channel. Programming consists of a live feed of "Live Doppler 15 FURY", current conditions, and severe weather updates when occurring. Prior to the formation of The CW, this aired UPN programming as well as syndicated programs, newscast repeats from the main channel, and Indiana University-Purdue University Fort Wayne basketball games.

The station signed-on September 26, 1954 as WINT-TV, licensed to Angola with studios in Waterloo, Indiana and transmitter in Auburn. The station's original owners took advantage of peculiarities in Federal Communications Commission (FCC) rules to direct the signal to Fort Wayne. Although Fort Wayne was big enough to support three full network affiliates, the FCC had originally allocated one station--channel 33, occupied by NBC affiliate WKJG-TV (now WISE-TV--to the city. This circumstance that attracted the attention of Congress and led to changes in how licenses were assigned.

Indiana Broadcasting Company, owner of WISH-TV in Indianapolis, bought WINT in 1956. The new owners changed the call letters to the current WANE-TV and moved the station's entire operation to Fort Wayne. The transmitter remained at its rural Auburn location until 1957. Indiana Broadcasting became known as the Corinthian Broadcasting Company in 1957. During the late-1950s, the station was also briefly affiliated with the NTA Film Network. [2] Corinthian was sold to Dun & Bradstreet in 1970, who in turn sold it to Belo in 1983. However, the purchase left Belo two stations over the limit at the time, so it sold WANE and WISH to LIN TV.

From September 1990 until September 1999, Jeopardy! and Wheel of Fortune aired on NBC affiliate WKJG-TV (now WISE-TV). In 1999, WANE bought the usage rights of those shows from that station. On September 15, 2008, WANE announced that LIN TV and Time Warner Cable/Bright House Networks had not been able to reach an agreement for carriage of this channel on those cable services. LIN TV was seeking compensation for carriage as other cable networks receive. The company reached agreements with all television service providers in the Fort Wayne area except Time Warner/Bright House. The current agreement with Time Warner/Bright House expired on October 2, 2008. At 12:35 in the morning on October 3, 2008, LIN TV-owned stations were removed from Time Warner/Bright House. October 29, WANE programming was restored on Time Warner Cable in Northwestern Ohio. However, it did not reappear on Bright House Networks systems in Grant County.[3]

When ABC affiliate WPTA took over production of newscasts on NBC affiliate WISE-TV in 2005, those channels initially saw a significant decrease in ratings. WANE was the market's news leader for several years after that according to Nielsen Media Research. Many viewers were unhappy about the breakup of WISE-TV's news team especially the firing of meteorologist Greg Shoup. He was quickly hired by WANE and became the weekday morning and noon meteorologist on this station. In the November 2007 sweeps period, WPTA and WANE were nearly neck-and-neck in the Fort Wayne television news ratings race with this station continuing to show a slight lead.

Its news department has won several awards. This includes the Jack R. Howard Award in 1998 for reporting on drug abuse, the Peabody Award in 1999 for reporting on organ donation, and the Edward R. Murrow Award in 2003 for flooding and sports coverage. Unlike most CBS affiliates in the Eastern Time Zone, WANE does not air local news weeknight at 5:30. The station does broadcast the only local weekend morning show. It operates a weather radar known as "Live Doppler 15 FURY" on its facilities. 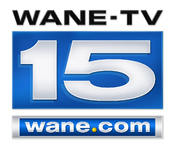 Retrieved from "https://annex.fandom.com/wiki/WANE-TV?oldid=399021"
Community content is available under CC-BY-SA unless otherwise noted.