The station's transmitter is co-located with its studios on Briarcliff Road NE in DeKalb County, just west of Emory University, and next to South Fork Peachtree Creek in the Druid Hills area; just south of the North Druid hills towers (just north of the creek) used by many other local radio and TV stations; however, the station transmits from a TV tower on its own property, and does not appear to have any other stations sharing it.

WAGA-TV first began operations on March 8, 1949. It was originally owned by Storer Broadcasting along with WAGA AM 590 radio (now WDWD), and WAGA-FM 102.9 (now WVEEFM 103.3), all colloquially called "Wagga". It is Atlanta's second-oldest station, signing on seven months after WSB-TV (channel 2). Originally a CBS network affiliate, channel 5 also carried a secondary affiliation with the DuMont Television Network from 1949 to 1956. It also shared theABC affiliation with WSB-TV until WLWA-TV (channel 11, now WXIA-TV) signed on in 1951. During the late 1950s, the station was also briefly affiliated with the NTA Film Network.[1]

WAGA was the only VHF commercial station in Atlanta still on its original analog channel, with WSB and WXIA both having started on channel 8. That allocation was later occupied by WGTV, with the mentioned stations using channels 2 and 11 respectively later on. Storer sold the WAGA radio stations in 1959; however, channel 5 retained the "-TV" suffix for almost four decades longer until Fox dropped it in 1998 (only to regain the suffix in 2009).

WAGA-TV originally broadcast from TV studios and transmission facilities located at 1018 West Peachtree Street NW. This building would later became home to pioneering superstation and leading Atlanta independent station WTBS (channel 17, now WPCH-TV). Sometime in the mid-1960s, the WAGA stations moved to their current facilities on Briarcliff Road NE on the DeKalb County side of Atlanta. The studio resembles an antebellum Southern mansion, a type ofarchitecture that was typical for Storer's other broadcasting facilities. While this design was somewhat out of place in most of Storer's other markets, it was a perfect fit for Atlanta.

The original WAGA tower is now the site of a different tower for WPCH-TV's analog channel 17 signal, and a backup for WWWQ FM 99.7 (see list of Atlanta broadcast stations by location#Turner tower). Because Storer Cable became part of Comcast, the tower (owned by competing cable TV provider Time Warner, along with WPCH) was removed by October 2009, ending the land lease. The station's studios were used on location in the Matlock episode, "The Reporter", broadcast in 1987.

In 1985, WAGA, along with the other Storer stations, was sold in a group deal to Kohlberg Kravis Roberts & Co., a New York-based private equity firm. Two years later, KKR sold the Storer stations to Gillett Communications. After bankruptcy, Gillett restructured in the early 1990s, selling several stations, and changing its name to SCI.

In 1992, SCI filed for bankruptcy and put its stations on the market. In 1993, New World Communications acquired the SCI stations, including WAGA, with the purchase becoming final on May 25. At the time, New World happened to be based out of Atlanta. Because of this, WAGA was made the flagship station of New World for a short period of time.

In 1994, New World announced an affiliation agreement with Fox; as part of that agreement, Fox's parent company News Corporation acquired a 20 percent stake in New World. This deal resulted in most of New World's stations, including WAGA, switching to Fox beginning in September 1994.[2] However, as in most New World markets, Fox Kids children's programming stayed on former Fox O&O WATL-TV(channel 36), because WAGA was interested in airing more news. All but one station would retain its existing syndicated programming lineup. The lone exception was WGNX (channel 46, now WGCL-TV), which became the new CBS affiliate despite turning it down at first, and sold many of its syndicated shows over to WVEU (channel 69, now WUPA), which became a charter affiliate of the UPN network in early 1995 (eventually becoming a UPN O&O). In the meantime, WATL would become independent until it became a charter affiliate of The WB Television Network in 1995. At that time, Fox finalized the sale of WATL to Qwest Broadcasting (which was controlled by musician Quincy Jones), which merged with WB part-owner Tribune Company in 2000. WATL is now owned by the Gannett Company as part of a duopoly with WXIA-TV.

The affiliation switch occurred on December 11, 1994, the affiliation switch to Fox was originally scheduled for November 27, but was pushed back two weeks while negotiations between New World Communications, Fox and CBS were ongoing.[3] At that point, WAGA's 45-year stint as a CBS affiliate came to an end. Before the switch, WAGA was the longest-tenured CBS affiliate south of Washington, D.C.; an honor now held by WBTV in Charlotte, North Carolina.

With the affiliation switch, WAGA poured more resources into its news department. It added local newscast in morning and early evening timeslots, along with the move of the 11 p.m. newscast to 10 p.m., and the station also ran first-run syndicated talk/reality shows, game shows and movies. It did not run any children's programming except for some educational shows on the weekends. Also, with the affiliation switch, WAGA remained the home station for the Atlanta Falcons; a year before the affiliation changeover, Fox had then-recently won the television rights to the National Football Conference of the NFL[4] – a major reason why it sought an affiliation deal with New World. Since the Falcons play in the NFC, channel 5 had carried most Falcons games since the team's inception. In 2005, WAGA and the Falcons celebrated 40 years together.

Early in 1997, New World merged with Fox. Upon becoming a Fox-owned station (the second in Atlanta), the station rebranded itself as "Fox 5 Atlanta", per the network's branding guidelines. However, New World Communications of Atlanta still remains a shell company for WAGA's license.

The station's digital signal on channel 27 was previously multiplexed:

Channel 5.2 originally was for the benefit of smaller cable systems which were taking the fullscreen SD signal straight from the air, and did not want problems due to the widescreen or scan conversion on 5.1. This lasted until the end of April 2009. The channel then stayed blank with no electronic program guide data for several weeks until late June, when it again had identical programming, but this time in widescreen. The 704×480i anamorphic format is unusual, as most SDTV channels use a fullscreen 640×480i format. (By comparison, widescreen NTSCDVDs use 720×480p.) Channel 5.2 again went blank in late July, but continued to have the same program data as 5.1, until it was deleted entirely on December 3.

WAGA shut down its analog signal, on June 12, 2009, as part of the DTV transition in the United States. The station remained on its pre-transition channel 27 [7] using PSIP to display WAGA's virtual channel as 5.

In 2009, the station's first chief broadcast engineer from 1949, Paul Cram (now age 99), was given the duty of permanently turning off the analog transmitter live on the air at 12:30 p.m. on June 12. WSB-TV, WXIA-TV, and WATL also went off the air at the same time, with WSB and WXIA also live in their transmitter rooms like WAGA.

WAGA broadcasts a total of 55 hours of local news a week (ten hours on weekdays, four hours on Saturdays and 3½ hours on Sundays), the most of any television station in Atlanta, the most of any station in the state of Georgia and the second most in the United States (behindMyNetworkTV affiliate KRON in San Francisco); however as is standard with Fox stations that carry early evening weekend newscasts, WAGA's Saturday and Sunday 6 p.m. newscasts are subject to delay due to sports coverage.

For many years as a CBS affiliate, the station called its newscasts 5 News Scene. In the 1980s, this changed to Eyewitness News. In 1992, WAGA dropped CBS This Morning in favor of a locally produced morning show, "Good Day Atlanta".[8] With the 1994 affiliation switch to Fox, WAGA poured more resources into its news department. Channel 5's news department was already very well respected; for most of its history it was a solid runner-up to longtime leader WSB-TV, but from the 1970s until early 2009 had to fend off a spirited challenge from WXIA-TV. As of mid-2009, with plummeting ratings at WXIA, WAGA-TV has returned to a solid second-place position in the Atlanta news market. After affiliating with Fox, channel 5 increased its news output to 40 hours a week.

On March 26, 2007, WAGA debuted a new logo and set, bringing it in line with other Fox O&O's which had made similar re-designs in the period.

On January 14, 2008, WAGA launched a new 11 p.m. newscast called Fox 5 News Edge hosted by former WSVN anchor Tom Haynes; it is similar to the 11 p.m. newscast on its sister station WTVT in Tampa and other Fox O&O stations across the country.[9] On March 16, 2009 WAGA began producing its newscast in high definition, becoming the last major network-affiliated station in the market to do so behind WGCL, WSB, and WXIA; this was done with the updated FOX O&O HD graphics, that also debuted during the noon newscast.

On September 14, 2009, WAGA expanded its morning newscast to four hours from 5-10 a.m., with an hour-long 9 a.m. extension calledGood Day Xtra, hosted by Karen Graham and Jeff Hill; it is the only local news broadcast in the Atlanta market in that timeslot.[10] On April 1, 2010, WAGA expanded its morning news by an extra half-hour, now running for 5½ hours beginning at 4:30 a.m., becoming the first Atlanta station to do so; the extension was made in order to attract those who wake up go to work earlier than most; the additional half-hour competes against national early morning newscasts airing on WXIA, WGCL and WSB.[11] As of September, 2010, WAGA dropped the Fox 5 Morning News and Good Day Xtra brandings, in favor of keeping the Good Day Atlanta branding. 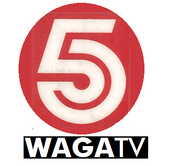 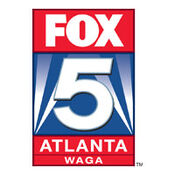