KXAS-TV, virtual channel 5 (UHF digital channel 41), is an NBC owned-and-operated television station serving the Dallas–Fort Worth Metroplex that is licensed to Fort Worth, Texas, United States. The station is owned by the NBCUniversal Owned Television Stations subsidiary of NBCUniversal, and is part of a duopoly with Telemundoowned-and-operated station KXTX-TV (channel 39). The two stations share studios located at The Studios at DFW at the CentrePort Business Park on Amon Carter Boulevard (near the Dallas/Fort Worth International Airport) in Fort Worth, and its transmitter is located south of Belt Line Road in Cedar Hill.

The station was launched on September 28, 1948, as WBAP-TV, the first television station in the state of Texas. It was owned by Amon G. Carter, publisher of the Fort Worth Star-Telegram, along with WBAP radio. A year later, the two stations were joined by WBAP-FM (96.3 FM, now KSCS).

Even though it was obvious that Dallas and Fort Worth would be a single television market, Carter didn't care whether people in Dallas could see channel 5; he had long been a booster for the Fort Worth area. The station moved to the 1,500-foot candelabra tower owned by WFAA-TV and KRLD-TV (channel 4, now KDFW) in Cedar Hill in 1957 along with its FM sister, reportedly only after NBC threatened to yank its affiliation. Before this, WFAA-TV served as the NBC affiliate for the eastern half of the market.

On November 24, 1963, a WBAP-TV remote unit set up at Dallas Police Headquarters fed the live images of accused Presidential assassinLee Harvey Oswald being gunned down by Jack Ruby to the NBC network. It was the first time a murder had been witnessed live on network television in the United States. It was also notable that, during NBC's network coverage of the assassination of President John F. Kennedy, news reports from WBAP-TV's studios were transmitted in color, with NBC broadcasting the coverage in New York from a black and white studio (WBAP-TV was one of the earliest local stations to convert its local programming to color).

The station was owned by the Carter family trusts until 1974, when the Federal Communications Commission (FCC) barred common ownership of newspapers and TV stations in all but a few cases. The FCC grandfathered the Metroplex's other newspaper/radio/television combination--Belo's Dallas Morning News and WFAA-AM-FM-TV—but would not do the same for the Star-Telegram and WBAP-AM-FM-TV. Accordingly, the Carters decided to break up their media empire. WBAP-TV was then sold to LIN Broadcasting, the predecessor of today'sLIN TV Corporation, for $35 million. LIN took control in the summer of 1974 and changed the calls to the current KXAS-TV (the Star-Telegram, WBAP-AM and KSCS were sold to Capital Cities Communications at that time; the newspaper is now owned by the McClatchy Company, while the two radio stations are now owned by Citadel Broadcasting as part of ABC Radio).

On January 25, 1986 during live coverage on KXAS of a standoff at an area 7-Eleven store, Thomas Stephens, who had been served divorce papers from his wife the day before, shot and killed himself with .357-caliber pistol on-air during KXAS' coverage. Stephens, believed they encouraged her to seek the divorce, shot his wife's two co-workers, killing one and wounding another. His wife, Patricia, slipped away while he was talking to police over the phone.[1] In 1987, the old Cedar Hill tower was severely damaged when an F-4 military aircraft on approach to Dallas Naval Air Station clipped several guy wires. WFAA, KDFW and KXAS were knocked off the air for several days. KXAS opted to build its own tower to the east of the old tower.

LIN wholly owned the station until 1997, when it sold 76% of KXAS to NBC, in exchange for 24% of KNSD in San Diego (which NBC had recently purchased from New World Communications, who had also owned channel 5's rival KDFW until it and the other Fox affiliates owned by New World were sold to Fox) and cash. As part of the deal, NBC took control of KXAS' operations.

On November 19, 2009 a fire at the Fort Worth studios of KXAS and KXTX knocked both KXAS and its sister station KXTX off the air. The fire was located in the electrical room of the studio. Fire alarms went off at 9:30 PM, which lead to the studio being evacuated, disrupting the 10 o'clock news broadcast.[2]

NBC Weather Plus was offered on the 2nd digital subchannel; the national NBC WX+ network is defunct as of December 1, 2008. On December 23, the channel was revamped as NBC Plus, featuring weather maps, radar and the L-bar, alongside audio from Fort Worth's NOAA Weather Radio station KEC55.[3] It also uses NOAA's KEC56 in Dallas as an alternate audio feed. On Monday, January 10, 2011, NBCPlus was expected to become DFW Nonstop, but had not as of March 12, 2011.

After the DTV transition period ended on June 12, 2009,[4] KXAS-DT continued on channel 41 [5] PSIP is used to display KXAS-TV's virtual channel as 5 on digital television receivers. At Noon that day, their analog signal transmitted a brief test pattern, followed by instructional programming about how to receive digital TV until June 26, 2009,[6] but the -DT suffix was replaced by a -TV suffix (formerly on its analog singal) when KXAS-TV's analog signal ended nightlight programming. KXAS-TV started High Definition newscasts on September 7, 2007 at 10 AM.

KXAS broadcasts a total of 32 hours of local news a week (5½ hours on weekdays and 3½ hours each on Saturdays and Sundays).

In the late 1960s, Fort Worth native Bob Schieffer began his broadcast career at WBAP-TV as a reporter and anchor of the 10 p.m. news. Schieffer then went on to Washington, D.C. as a reporter for the now-defunct Metromedia news service and WTTG-TV, then embarked on a long career with CBS News.

KXAS is locally known for its weather coverage. It claims to be the first station to have hired only full-time meteorologists. One of its first, Harold Taft, broadcast for over 40 years. On March 28, 2000, while an F3 tornado was ripping through downtown Fort Worth, a tower camera caught the tornado on air live during the 6 p.m. newscast as KXAS chief meteorologist David Finfrock was explaining to the viewers at home as well as anchors Jane McGarry and Mike Snyder about the tornado warning for Tarrant County.

KXAS local version of NBC's "Come on Home" campaign from 1987 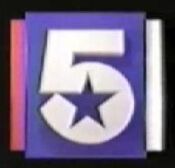 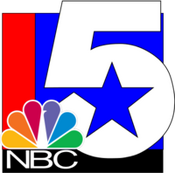 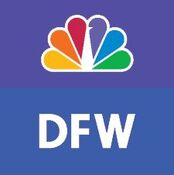 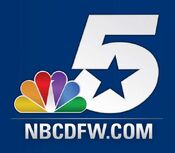 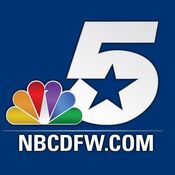 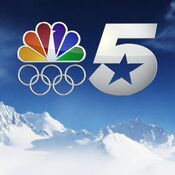 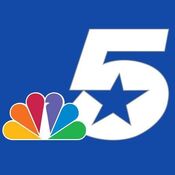 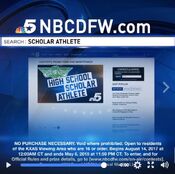 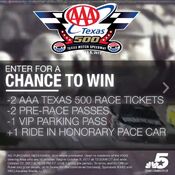 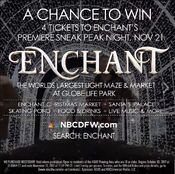 KXAS NBC5 News 4PM And 5PM Weekday - When Home Hurts: Raising Awareness About Domestic Violence - This Week promo for the week of November 13, 2017 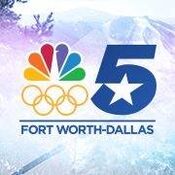 Retrieved from "https://annex.fandom.com/wiki/KXAS-TV?oldid=438892"
Community content is available under CC-BY-SA unless otherwise noted.