KXAN-TV is the NBC-affiliated television station for Austin, Texas. It broadcasts a high definition digital signal on UHF channel 21 (PSIP virtual channel 36) from a transmitter in the West Austin Antenna Farm north of West Lake Hills. Owned by the LIN TV Corporation, the station is sister to MyNetworkTV affiliate KBVO and CW affiliate KNVA. All three share studios on West Martin Luther King Junior Boulevard between the Clarksville section of Austin and the University of Texas at Austin campus. Syndicated programming on KXAN includes: Wheel of Fortune, Jeopardy!, The Doctors and Rachael Ray.

The station first went on-the-air on February 12, 1965 as KHFI-TV, originally broadcasting on channel 42. It was owned by the Kingsbury family along with KHFI radio (AM 970 now KLGO at 99.3 FM; and 98.3 FM now at 96.7). KHFI was the second television station in Austin signing on a little more than twelve years after KTBC.

It logically should have signed-on as Austin's NBC station since up to that time all three networks had been shoehorned on KTBC (channel 7), a primary CBS affiliate. However, due to contractual obligations, it spent more than a year and a half as an independent before joining NBC in 1966. Unlike most affiliates with the network in then two-station markets, KHFI did not take on a secondary ABC affiliation. The Kingsburys would later bring in Henry Tippie as a partner and in 1973 were granted FCC permission to move KHFI-TV to channel 36.

With the channel change came a new set of call letters, KTVV. Also, the station boosted its broadcast power to five million watts, which more than doubled its coverage area. What was then known as LIN Broadcasting purchased the station in 1979. The new owners changed the call sign to the current KXAN-TV in 1987. Even with the increased power, channel 36's signal was marginal in some parts of the Hill Country such as Fredericksburg. UHF signals usually do not travel very far in rugged terrain. In 1991, LIN signed-on KLNO in Llano to improve KXAN's reach in the Hill Country. Even with the power boost, channel 36's signal is marginal at best in much of the Hill Country. It changed its calls to KXAM-TV after about a month on-air and to the current KBVO in 2009. This call sign, named after the University of Texas' mascot "Bevo", was formerly used on the new channel 42 which is now KEYE-TV and is shared with sister station KBVO-CA.

KXAN's current tower built in 1996, replaced an older one that dated to 1964. Of the fifteen towers on the hill, theirs is the tallest and the highest structure in Austin. In addition to its transmission antenna, the mast also incorporates a camera with views of downtown to the east and the hills to the west. KXAN is the Austin broadcast television home of the San Antonio Spurs sharing coverage with sister station KBVO.KXAN is one of two stations in Austin (the other being KVUE-TV) to retain its original network affiliation in the wake of a network swap between KTBC and Fox station KBVO (now KEYE-TV, channel 42) in 1995. On October 21, 2009, KBVO became a separate station after picking up MyNetworkTV from KNVA. That station carried the network as a secondary affiliate, known on-air as "MyNetworkTV on The CW Austin", from its launch on September 5, 2006. Programming from MyNetworkTV aired on KNVA Monday through Saturday nights from 9 to 11. In mid-September 2009, that station moved the network to a 10 to midnight slot to make room for a nightly 9 o'clock newscast to compete with Fox affiliate KTBC. [1] To date, KNVA was one of two stations in the United States to carry The CW and MyNetworkTV (the other being KWKB in Iowa City, Iowa, which is now the only station which carries the full schedules of both netlets/programming services). [2]

After the analog television shutdown and digital conversion on June 12, 2009 [3][4], KXAN's digital signal remained on its current pre-transition channel 21.[5] However, through the use of PSIP, digital television receivers will display the virtual channel as 36.1.Digital television

KXAN and LIN TV were locked into a contract dispute with Suddenlink Communications which serves portions of the Austin designated market area such as Pflugerville and Georgetown. The dispute centered around KXAN's failure to grant retransmission consent to Suddenlink. The previous contract expired on December 31, 2007 and the station was removed from the Suddenlink lineup. KXAN claimed that it was seeking "fair value" for its programming. However, a press release from Suddenlink management indicated that the dispute included consideration for other stations owned by LIN TV outside of Texas.[6]

Beginning on January 3, 2008, Suddenlink began transmitting the signal of Temple-based NBC affiliate KCEN-TV to restore the network's programming to the areas affected. This is allowed under FCC rules because KCEN is a "significantly viewed" station in Williamson County even though that county is located in the Austin market. On March 24, the dispute was settled between Suddenlink and KXAN and its programming was restored to Suddenlink viewers the following day. The terms of the settlement were not announced though it is widely believed that KXAN had lost thousands of viewers. Despite its cable carriage problems, the station surprised many observers by placing first in the 5 to 7 weekday morning time period during the May 2008 sweeps period.[7]

KXAN-TV and LIN TV were locked in another contract dispute with Time Warner Cable which serves a very large majority of the Austin metropolitan area. LIN TV ceased transmissions on Time Warner Cable systems nationwide at Midnight Central Daylight Time on October 3, 2008.[8] Free over-the-air stations such as KXAN have long allowed cable companies to carry their signal for free. Cable networks are paid as much as ten cents per day per customer for their content and LIN TV wanted Time Warner to pay them less than one cent per cable customer per day. The general manager for KXAN Eric Lassberg stated that the cable company "does not have to pass that cost along to the viewers unless they want to".[9] On October 3, Time Warner replaced KXAN with a continuous loop of instructions on how to hook up a television to a computer on Time Warner Cable.[10] Some days later this was replaced by the digital tier movie channel Starz Kids and Family. In the early morning hours of October 29, KXAN returned to the Time Warner lineup. At present no details have been released on the deal though some have pointed out to speculate that KXAN could not afford to be without over 67% of their previous viewers during the critical November ratings period. [11]

On December 23, 2008, KXAN became the third station in Austin to broadcast their local news in high definition starting with the weekday noon newscast. On September 28, 2009, the station began producing a nightly 9 o'clock broadcast on KNVA known as KXAN Austin News at 9 to compete with KTBC. [12]For most of its first thirty years on-the-air, KXAN was a distant runner-up to KTBC. Despite efforts to produce a newscast of major market quality (early newscasts deliberately copied the look of WNBC in New York City), it was usually unable to make a dent in KTBC's dominance. Another setback was as a UHF station, KTVV/KXAN had a hard time maintaining a local share as an NBC affiliate due to nearby NBC affiliates in the nearby San Antonio and Temple/Waco markets. However after that station switched to Fox in 1995, KXAN's ratings slowly picked up. By the latter part of the 1990s, they had overtaken that station for the lead. Since then, it has regularly traded the top spot in the market with KVUE. 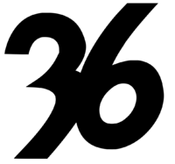 [2] This film, television or video-related list is incomplete; you can help by expanding it with reliably sourced additions.