KWGN-TV, channel 2, is a television station in Denver, Colorado, owned by the Tribune Company and affiliated with the CW Television Network. Its studios are located in Downtown Denver along with KDVR, and its transmitter is atop Lookout Mountain near Golden.

The station first went on the air on July 18, 1952 as KFEL-TV, the first television station in Colorado. KFEL was also the first VHF TV station to go on the air after the Federal Communications Commission's (FCC) freeze on new television station licenses was lifted in 1952. The first owner was Gene O'Fallon, who located the station in a remodeled brick warehouse at 550 Lincoln Street, where the station was housed until moving to suburban Greenwood Village in 1983.

Originally, KFEL was a primary affiliate of the DuMont Television Network, but carried shows from other networks as well. Gotham Broadcasting bought the station in 1955, and the call letters were changed to KTVR. Channel 2 became an independent station after the DuMont network's collapse in 1956. In the late 1950s, the station was briefly affiliated with the NTA Film Network.[1] In 1963, the station's call letters were changed to KCTO.

Tribune Broadcasting, then known as WGN Continental Broadcasting, acquired the station in 1966. The new owners changed the call letters to KWGN-TV after its new sister station, WGN-TV in Chicago. At the time of its purchase, KWGN was Tribune's fourth television station property after WGN-TV, WPIX in New York City and KDAL-TV (now KDLH) in Duluth, Minnesota, which Tribune owned from 1960 until 1978.

When WGN Continental bought the station, it converted KWGN to color. KWGN promoted itself as Colorado's only all-color station because all of its local programs were produced in color. Denver's three network affiliates were airing national programs in color but had yet to upgrade their studios with color cameras.

As an independent, KWGN aired off-network sitcoms and dramas, movies, syndicated game shows and local shows such as "Blinky's Fun Club," "Romper Room," "Fred & Fay," "Denver Now," "Afternoon at the Movies with Tom Shannon" and "Your Right to Say It," a public affairs program.

Starting in the 1960s, KWGN began building a massive network of translators across the state. Also around this time, cable TV systems on Colorado's Western Slope, Idaho, Kansas, Montana, Nebraska, New Mexico, South Dakota, Utah, Washington and Wyoming provided KWGN to subscribers as an additional channel to make cable more enticing to subscribers. So many cable systems picked up KWGN that it became a superstation before that term was coined by WTBS in Atlanta. KWGN was attractive to cable systems because its programming did not duplicate programs shown on the local network affiliates. Additionally, it was the only independent station available in much of this area until the 1980s. KWGN is still available on nearly every cable system in Colorado and Wyoming, as well as several cable systems in Nebraska and Kansas. It is also carried on Dish Network's superstation package. It was the only independent station in the Denver market until 1983, when KDVR signed on.

KWGN turned down the Fox affiliation in 1986, which instead went to KDVR. KWGN affiliated with the new The WB Television Network in early 1995, as did most of Tribune's independent stations. Since The WB only provided a few hours of network programming a day, KWGN's existing lineup was largely unaffected. The next year, the station rebranded to "Denver's WB2", a modification from their previous "Denver's 2". The "WB2" name was kept in some form for the remainder of the network's run. During The WB's run, it served as the default affiliate for the Colorado Springs/Pueblo and Grand Junction markets as well—a status reflected in the fact it used the moniker "WB2 Colorado" for the latter part of The WB's run.

On January 24, 2006, The WB and UPN networks announced they would merge into a new network, called The CW Television Network, owned jointly by CBS (the parent company of UPN) and the Warner Bros. unit of Time Warner. The new network signed a 10-year affiliation deal with most of Tribune's The WB stations, including KWGN. The CW debuted on September 18, 2006. Former UPN station KTVD, owned by the Gannett Company, joined My Network TV, when that network began two weeks earlier. Its news programming, which was previously branded as "WB 2 News", was renamed "News 2" on August 14, 2006 as a result of the merger.

On September 17, 2008 both Local and Tribune announced that they would merge the operations of both KDVR and KWGN. The combined operation will be housed at KDVR's studios under the management of KDVR GM Dennis Leonard. The move allowed both stations to combine news operations and share certain programming. The LMA (local marketing agreement) went into effect on October 1, 2008.[2] The two stations gradually have been sharing more resources and reporters. Ironically, KDVR's studios are near the same location where KWGN was headquartered for its first 30 years on the air.

On March 30, 2009 the station also underwent a rebranding, and became known as "the Deuce" in an effort to appeal to a younger audience and be more involved in local issues. The station also shifted the 9 p.m. newscast to 7 p.m.; as a result, The CW programming moved to 8-10 p.m.[3] This same experiment is also taking place on St. Louis sister station KPLR-TV with LMA partner KTVI. On May 29, 2009, the 11AM newscast aired for the last time, being replaced the following Monday with "Martino TV", a lifestyle program featuring paid segments from local businesses.

On March 1, 2010 "Everyday with Libby and Natalie" was renamed simply "Everyday" and moved from the 4pm time slot on KDVR to 10 a.m. on KWGN. Libby Weaver cohosted with Natalie Tysdal until June 1, 2009. Christ Parente soon took over. Other noticeable changes have taken hold since the new General Manager, Peter Maroney took over. Starting in April 2010 Martino TV was replaced at 11am by repeats of Maury.

In May 2010, KWGN rebranded itself from "The Deuce" to simply KWGN. Sources at the Denver Post site the change as only temporary until KWGN can find a new identity for itself.

Starting in June of 2010, 2thedeuce.com began to redirect to KWGN.com and on-air staff also directed viewers to the new website.

KWGN broadcast on analog channel 2 until June 12, 2009, when it transitioned to digital-only broadcasting on Channel 34, but shows its virtual channel as 2 through the use of PSIP. [4]

Currently, KWGN broadcasts a total of 25 hours of local news each week (with five hours every weekday). Unlike most Tribune-owned stations with local newscasts, KWGN does not air local newscasts on weekends.

Channel 2 was the first station in Denver with a locally produced nightly newscast. The 9 p.m. report, debuting shortly after the station signed on, remained a constant through several ownership changes. In 1966, the news was expanded to one hour—at that time the longest newscast in the Denver market. Titled "The Big News," the program was heavy on local news because filmed national stories were not available in those days to an independent station which lacked a network to feed it such stories. If a major national story occurred, anchor Ron Voigt would read the wire copy while the camera would show a black-and-white AP wire photo.

In the late 1960s up until 1975, "The Big News" had two regular commentators to provide news analysis, George Salem and Gene Amole. The last segment of the hour-long news was often devoted to calls from viewers. It was titled "Speak Out." "The Big News" was also known for its meteorologist, Weatherman (Ed) Bowman, who came to KWGN from KOA-TV (now KCNC) and KOA Radio. Bowman frequently talked about the jet stream while drawing large arcs over a map of the continental United States. The sports director during the 1960s and early 1970s was Fred Leo who also did play-by-play of many of the teams in the area.

KWGN launched a weekday morning newscast in the late 1990s, titled "WB2day" (later renamed "WB 2 Morning News" and then "News 2 This Morning", now known as "Daybreak on the Deuce"), which originally aired from 6 to 9 a.m. A few years later, it began airing at 5 a.m. It was accompanied with an 11 a.m. newscast, which began airing in the late 1990s and was canceled in 2000. KWGN returned to airing a newscast at that time on September 11, 2006.

On July 7, 2008, KWGN launched a new 5:30 p.m. newscast anchored by Kellie MacMullan and Ernie Bjorkman. It was the first 5:30 p.m. newscast in the station's history. The station also re-branded itself on that date, removing the references to "The CW" in both station promos and its logo. The station then referred to itself simply as "2", featuring The CW era's 2 character within a solid circle logo and no CW branding. This was part of Tribune's effort to reposition its The CW affiliates as more "local" stations. On August 4, 2008, the station expanded its 11 a.m. newscast to one hour.

KWGN discontinued its 5:30 p.m. news broadcast on January 12, 2009, while KDVR added an hour-long, 5 p.m. news broadcast. On March 2, 2009 KWGN newscasts moved to a temporary set in preparation for its move from Greenwood Village to KDVR's studios on March 30th. At that time, KWGN launched its local newscasts in high definition. KWGN moved its 9 p.m. newscast to 7 p.m. on March 30, 2009 expanding it to a full hour; as a result, since The CW programmed a Sunday night lineup at the time, KWGN's primetime newscast was cut to five nights a week. Despite the fact that The CW turned over its Sunday primetime hours to their affiliates in the fall of 2009, the 7 p.m. newscast on KWGN continues to air exclusively on weeknights. 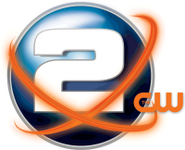 2010-present
Add a photo to this gallery

Retrieved from "https://annex.fandom.com/wiki/KWGN-TV?oldid=399014"
Community content is available under CC-BY-SA unless otherwise noted.