Annex
Register
Don't have an account?
Sign In
Advertisement
in: NBC affiliates, Gannett TV, Local television stations in the United States,
and 13 more

KUSA, Channel 9, is an NBC-affiliated television station in Denver, Colorado. KUSA is owned by TEGNA, and is a sister station to KTVD (channel 20), Denver's MyNetworkTVaffiliate. Both stations share studio facilities in Denver, and KUSA's transmitter is atop Lookout Mountain in Golden, Colorado.

The station first went on the air on October 12, 1952 as KBTV, the second television station in Denver (KFEL-TV, now KWGN-TV, was first by about three months). It was owned originally by Mullins Broadcasting. The station carried programming from CBS, ABC and NBC, but was a primary CBS affiliate. Channel 9 lost CBS to KLZ-TV (channel 7, now KMGH-TV) in November 1953 and lost NBC to KOA-TV (channel 4, now KCNC-TV) a month later, leaving it with ABC. ABC was secondary to their foremost affilitation, the Dumont Network. The station struggled in the ratings for some years, in part because ABC was not on par with the other major networks until the 1970s, and because soon Dumont Network would shutdown in 1956.

In 1972, the station was sold along with then sister station KARK-TVin Little Rock, Arkansas to Combined Communications, which would be merged into the Gannett Company seven years later. The station changed its call letters to the current KUSA-TV on March 19, 1984.

In 1995, KCNC-TV, then an NBC-owned station, became a CBS owned and affiliated station as a result of a complex ownership deal between Westinghouse Electric Corporation, NBC and CBS. NBC discovered it could not buy Philadelphia's WCAU outright without going over the FCC's ownership limit of the time. To solve this problem, NBC swapped KCNC-TV and KUTV in Salt Lake City, as well as the channel 4 frequency in Miami (then home to WTVJ) to CBS in return for WCAU and the channel 6 frequency in Miami (then home to WCIX, which became WFOR-TV). At the same time, McGraw-Hill, owner of longtime CBS affiliate KMGH-TV, entered into a network affiliation agreement with ABC, thereby causing KMGH to become an ABC station. Gannett then entered into an affiliation agreement with NBC that included, among others, KUSA, which then became an NBC affiliate in the very early morning hours of September 10, 1995.

KUSA served as the default NBC affiliate for Rapid City, South Dakota, from 1995, when KEVN (channel 7) flipped to Fox, until 2000, when KNBN (channel 21) went on the air.

In April 2004, KUSA became the first television station in the Denver market, the first Gannett-owned station, and the second station nationally to produce newscasts in high definition. From April 2005 until December 2008, KUSA aired NBC Weather Pluson its second digital subchannel (9.2) and Comcast digital cable channel 249. KUSA replaced the NBC Weather Plus network with The AccuWeather Channel on the same broadcast channels after NBC announced Weather Plus would be shut down. The station continues to use the brand "9 NEWS Weather Plus".

In September 2004, KUSA started broadcasting a lifestyle magazine called Colorado & Company. It airs after the third hour of The Today Show at 10 a.m. MT. When the show started, it also aired on KPXC-TV, but that ended when NBC ended its joint ownership of Pax/Ion Television. Colorado & Company is produced live each weekday morning from the KUSA studios and features paid segments by local companies.

KUSA broadcasts the Gannett ID & Sounder (The "Death Star") after 9 NEWS at 6pm Monday-Friday only, while some Gannett stations play the ID & Sounder hourly, and occasionally at the introduction of newscasts, while some do not at all.But of course this dependts on the regulations by which the FCC runs monitors each station.

For over 30 years, KUSA's newscasts, which are known as 9NEWS, have dominated the ratings in Denver. In February 1976, Ed Sardella and John Rayburn anchored the weekday edition of 9NEWS at 10PM to the top of the ratings, overtaking longtime leader KMGH-TV. Rayburn was succeeded by Mike Landess in 1977. He would remain paired with Sardella as one of Denver's top anchor teams for 16 years until leaving for KUSA's sister station WXIA-TV in Atlanta in late 1993. Sardella retired from the anchor desk in 2000, but returned briefly to replace Jim Benemann, who left for KCNC.[3] Landess, after anchoring at WTTG in Washington, D.C., returned to Denver on rival KMGH-TV.

In the November 2007 sweeps, KCNC's 5 p.m. newscast surged over KUSA for the first time in over a decade, and also overtook KUSA in overall sign-on to sign-off numbers. This is partially due to KCNC's recent highlights in investigative reports and human interest stories, though also largely due to CBS's primetime lineup strengths and NBC's primetime lineup weaknesses. However, overall, KUSA is still the #1 station for news despite the closest ratings between KUSA, KCNC, and KMGH ever. Comcasts new ownership of NBC should tip the scales in some matter.

On September 5, 2006, KUSA launched a daily half-hour 9 p.m. newscast on sister station KTVD, to coincide with that station's affiliation switch from UPN to MyNetworkTV. On December 5, 2006, KUSA launched a two-hour extension of its weekday morning newscast on KTVD, which airs from 7 to 9 a.m. with the same anchors as its 5 to 7 a.m. morning newscast on KUSA. The station now produces weekend morning newscasts at 6 a.m. on KTVD. In addition to its main studios in downtown Denver, KUSA operates a "Northern Newsroom" out of the offices of the Fort Collins-based Fort Collins Coloradoan newspaper. The newsroom is currently staffed on a rotating basis from staff out of Denver. Longtime photojournalist Gary Wolfe died in 2010 and reporter Adam Chodak left the station in early 2011. The station also operates a "Mountain Newsroom" in Silverthorne staffed by Matt Renoux.

When NBC partnered with Pax (now ION Television) in the late 1990s, KUSA rebroadcast its weeknight 6 and 10 p.m. newscasts on KPXC-TV (channel 59). This ended in 2005 when NBC ended its agreement with Pax. The station stopped providing weather forecasts for KOA (AM), on January 1, 2008 and entered a partnership with Entercom Communications to provide daily weather forecasts for KALC, KEZW,KQMT, and KOSI. On March 6, 2009, KUSA started streaming its noon newscast on its website with a live chat room and now steams all newscasts on KUSA and KTVD.

The weather forecasts are typically presented outside in the "9 Back Yard". The back yard is simply a courtyard, with a chroma key (bluescreen) wall and a robo cam. Weather forecasts for The Today Show and updates for 9 NEWS Weather Plus are done from a chroma key wall inside the weather center. It uses Enterprise Electronics Corporation’s "DWSR-10001C" radar known on air as "HD-Doppler 9". It uses a maximum of 1,000,000 watts of power and is located east of Elizabeth, Colorado. In June 2010, KUSA expanded its morning newscast to 2½ hours with the addition of a 4:30 a.m. newscast, the KUSA-produced 9 p.m. newscast on KTVD will also expand that month to one hour.

The KUSA News Package (created by Third Street Music) was commissioned by KUSA in 1995, making it one of the two Gannett-owned NBC affiliated stations to use a custom news package by Third Street Music. KUSA's sister station, KARE in Minneapolis-St. Paul commissioned the KARE 11 News Theme for its newscasts since 1996. On October 15, 2008, KUSA debuted a brand new and standardized graphics package created by the Gannett Graphics Group (G3), and a standardized music package composed by Rampage Music New York, which is used by other Gannett stations. The closing cut of the theme was last used on February 6, 2009; the remastered talent bumper cut is still being used. KARE is also using the new graphics package, but is still using KARE 11 News Theme as of this day.

On the week of 02/13/2011, 9News relaunched their website with a new look. Since 9News is the Gannett flagship, this new website is thought to be a precursor to a Gannett system-wide update. 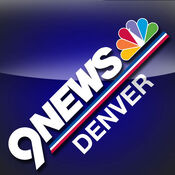 KUSA 9News This Morning Weekday - This Or That Week - All This Week promo for the week of November 7, 2016

KUSA 9News This Morning 6AM Weekday open from December 5, 2016

KUSA 9News - The Science Of Weather promo from Mid-March 2017

KUSA 9News - We're Everywhere With You promo from Mid-March 2017

KUSA 9News This Morning Weekday - Over Colorado - All This Week promo for the week of May 22, 2017

The Denver market includes large portions of Colorado, Nebraska and Wyoming. KUSA & NBC serve this vast area with one of the largesttranslator networks in the country. (All translators on this list are in Colorado unless otherwise listed)