KTUL-TV, virtual channel 8, is the ABC-affiliated television station in Tulsa, Oklahoma, owned by Allbritton Communications Company. KTUL broadcasts from its studios on Lookout Mountain in west Tulsa. KTUL transmits from a 582 m (1,909 ft) high guy-wired aerial mast (antenna tower) in Coweta, which was completed in 1988.

The station broadcasts its digital signal on VHF channel 10, using its former analog channel assignment of 8 as its virtual digital channel via PSIP. On cable, KTUL-TV is seen on channel 8 in standard definition and on channel 708 in high definition on Cox Cable Tulsa.

Channel 8 signed on September 18, 1954 as KTVX, licensed to Muskogee. It was owned by Oklahoma grocery magnate and broadcast pioneer John Toole Griffin, who also owned KTUL radio (1430 AM, later KELI, now KTBZ). The station had been licensed in Muskogee because the third VHF frequency originally allocated to Tulsa itself, channel 11, had been reserved for educational use (and is now KOED). The Griffins thus decided to seek the channel 8 allocation in Muskogee, the nearest city in the Tulsa market with a VHF license. UHF was not considered viable at the time.

It broadcast from a converted grocery store in Muskogee. It took the ABC affiliation from Tulsa's second television station, KCEB-TV (channel 23). The station's first broadcast was a college football game between Oklahoma and California, which Oklahoma won. The first two personalities at the station were news anchor Jack Morris and meteorologist Don Woods, with sports director Hal O'Halloran joining later.

The current studios on Lookout Mountain had been built for KCEB in 1954. The second TV station in Tulsa (after KOTV), KCEB briefly carried NBC programming, moving to ABC after KVOO (now KJRH) signed on as an NBC affiliate. KTVX had become the new ABC affiliate, leaving KCEB with DuMont Television Network, a non-viable fourth-network that itself would soon fold.

In 1955, KCEB sold its studios on Lookout Mountain to Griffin; former owner James C. Leake moved the KTVX operation to Tulsa from Muskogee soon after KCEB had folded. KTVX moved there in November; KTUL-AM had been there since April. The Lookout Mountain facility was used as an auxiliary studio until 1957, when the station won Federal Communications Commission (FCC) permission to move all operations, as well as the station's license, to Tulsa. The call sign KTVX is currently used in Salt Lake City, Utah. On September 12, 1957, the day the move took effect, the station changed its calls to KTUL-TV to match its radio sister.

In 1965, KTUL built a new 1,909-foot (582-meter) tower, the second-tallest transmitting tower in the country at the time. ABC had long been a third-place network (it wasn't until the late 1970s that it would rise in the ratings). KTUL's local programming in Tulsa made it one of the network's strongest stations and the Tulsa market leader for the next 35 years.

Griffin sold KTUL-AM-TV and sister station KATV in Little Rock, Arkansas to his brother-in-law, James C. "Jimmy" Leake, in 1968; Griffin retained control of KWTV in Oklahoma City. The two had shared ownership of the stations for many years. Leake sold off the radio station a few years later, but kept KTUL and KATV until selling them to current owner Allbritton in 1982.

Betty Boyd, lured away from KOTV to KTUL in 1965, made KTUL #1 among female viewers with her community affairs program, "The Betty Boyd Show", which was a mix of community affairs, women's topics, and interviews with newsmakers around Tulsa. John Chick, who was at KTUL from 1955 until 1979, made KTUL #1 with children in the 1960s with two afternoon children's shows, Cartoon Zoo and Mr. Zing and Tuffy, at a time when children were just coming home from school. In the 1970s, Chick made KTUL #1 in the 7AM hour with The John Chick Show, a live, local country music show that featured local country music talent and squaredancing. Airing during a time when ABC had no morning news program, Chick's show did better than the Today Show on KVOO (channel 2) and the CBS Morning News on KOTV (channel 6); when ABC premiered Good Morning America in 1975, KTUL pre-empted it in favor of Chick's show. When Elton Rule of ABC demanded to know why KTUL did not air GMA, Leake showed Rule the ratings book, and the ABC executives backed off. KTUL would begin airing GMA in 1979, after Chick left KTUL.

KTUL remained #1 with kids in the 1970s with Uncle Zeb's Cartoon Camp, which replaced Mr. Zing and Tuffy in 1970 and was hosted by Carl Bartholemew as the gruff Uncle Zeb. Following Uncle Zeb were sitcoms that appealed to children, such as The Flintstones, The Lucy Show, Gilligan's Island, The Beverly Hillbillies, and Gomer Pyle USMC. And in news, Jack Morris brought great ratings to KTUL, making the station #1 in the local news hours. When Morris left KTUL for KVOO in 1970, Bob Hower from KOTV took over as anchor and brought even greater ratings to the ABC affiliate, and James C. Leake's heavy promotions of KTUL made the station command the Tulsa airwaves with his "8's the Place" logos and promotion of "The News Guys", KTUL's news team. After the Leake era ended in 1982, KTUL remained #1 in the Tulsa market through the 1980s and 1990s with its selection of syndicated programming, as well as with its popular newscasts. It would not be until 1999-2000 when KOTV overtook KTUL as #1 in the Tulsa market.

In 1987, KTUL's broadcast tower was knocked over by an ice storm, and a new one was constructed in 1988. In 1999, KTUL built new broadcast facilities on Lookout Mountain to accommodate station growth. In 1996, meteorologist Frank Mitchell made a surprise wedding proposal to his co-host, Teri Bowers, during a live broadcast of Good Morning Oklahoma. The proposal made national news and was featured on programs such as American Journal, Geraldo, and Maury.

In 2005, KTUL introduced First Alert Weather 24/7, a digital/cable channel devoted to 24-hour-a-day weather information. It is available over the air on KTUL's digital subchannel 8.2 and on Cox Cable on channel 247.

In spring 2010, Allbritton entered into a web content management services contract with WorldNow in which the latter company would take over the website operations of most of Allbritton's stations except for its Washington, D.C. flagship station WJLA-TV. KTUL and WBMA, WCFT, and WJSU in the Birmingham, Alabama market were the first such stations to launch new WorldNow-powered websites in mid-July, with WSET-TV in Lynchburg, Virginia following suit shortly thereafter. WCIV in Charleston, South Carolina (Allbritton's smallest station) would be the last, changing over formats in August 2010.

In 2009, KTUL remained on its current pre-transition channel number, 10 after turning off the analog signal on channel 8.[1] However, through the use of PSIP, digital television receivers display KTUL's virtual channel as 8.

KTUL clears the entire ABC network schedule and airs almost all ABC programs in their network-recommended timeslots, however Nightline airs an hour later than on most ABC stations because of an hour-long block of sitcoms airing after the 10PM newscast, and the Sunday edition of ABC's World News airs a half-hour later than most stations. From its 2003 debut until 2005, KTUL preempted the talk show Jimmy Kimmel Live!, which ended up airing on KQCW (then WB affiliate KWBT). Jimmy Kimmel Live! has since moved to KTUL and airs immediately after Nightline.

Current syndicated programming includes Deal or No Deal, The Bonnie Hunt Show, Rachael Ray (formerly seen on KOKI), Two and a Half Men, According to Jim, Frasier, The Andy Griffith Show, with Regenesis and Monk on weekends. KTUL airs a few more sitcoms than most ABC, CBS or NBC stations usually do. KTUL was previously the Tulsa home for Wheel of Fortune and Jeopardy! from the early 1980s until 2005, when both shows moved to NBC affiliate KJRH But both returned in September 2012. KTUL produces a local sports call-in show called You Make the Call, airing Sundays after the 10 p.m. newscast, featuring sports-related questions and comments by viewers in the Green Country area.

KTUL broadcasts a total of 27 hours of local news per week (with five hours on weekdays and two hours each on Saturdays and Sundays); unlike most ABC affiliates, KTUL now carry's a local newscast in a weekday midday timeslot that started on Sept 11. (although the only Oklahoma standalone ABC affiliate does not carry a midday newscast, though the ABC-affiliated digital subchannel of Ada NBC affiliate KTEN simulcasts KTEN's midday newscast). On September 11, 2017, KTUL Started airing a midday newscast but KOKI remains only one of the Big Four network-affiliated stations that still broadcasts local newscasts in pillarboxed 4:3 standard definition; the other is KOKI-TV. This is in contrast to KJRH-TV, which has been broadcasting local newscasts in high definition since 2008, and KOTV-DT which upgraded to 16:9 enhanced widescreen newscasts in October 2010. In addition, all of the Allbritton stations except WJLA-TV remain in 4:3 standard definition for their newscasts.

When KTUL signed on as KTVX in Muskogee, the station was looking for a weatherman who could draw a cartoon character. Don Woods was chosen, and his cartoon character became Gusty. From 1954 until his retirement in 1989, Woods drew Gusty live on TV, and every day, people sent in requests for a Gusty. Gusty always told what the weather was going to be like. He could be drawn waving flags and smiling for fair weather, or he could be drawn holding an umbrella for rainy days, or jumping in his fraidy hole for thunderstorms. After Woods' retirement from KTUL in 1989, Woods continued to draw Gusty from time to time, and he even authored a book entitled The Gospel According to Gusty. In 2005, Gusty was made Oklahoma's State Cartoon Character by the Oklahoma Legislature, and there's even a drawing of Gusty at the Smithsonian Institution in Washington, D.C.

Since 1980, KTUL has featured its Waiting Child segment, which highlights children who are in state custody and looking for an adoptive family. Then-anchor Bob Hower began Waiting Child in October 1980, and did the segment until his retirement in 1986. Former anchor Rea Blakey and then sports director John Walls followed in Hower's footsteps. Anchor Carole Lambert has hosted the segment since 1990, and it has resulted in more than 4000 children being adopted. The segment airs Wednesdays at 4:00 and Saturdays at 10:00.

The song "(I'm a) Waiting Child", which plays during the Waiting Child news segment, was composed by former anchor Bob Hower and is sung by Oleta Adams.

KTUL, for many years the perennial leader in the Tulsa television market, currently ranks second in news viewership, with its late newscast (10:00pm) placing second behind KOTV and ahead of KJRH, and ahead of KOKI. [1] The station ranks third in primetime viewership as of May 2010. [2] 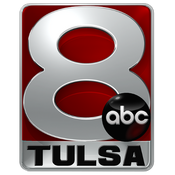 Retrieved from "https://annex.fandom.com/wiki/KTUL?oldid=391288"
Community content is available under CC-BY-SA unless otherwise noted.