KSAZ-TV, virtual channel 10.1, is the Fox Network owned-and-operated station in Phoenix, Arizona. It is owned by Fox Television Stations in a duopoly with MyNetworkTV station KUTP (channel 45).

The station broadcasts its digital signal on VHF Channel 10, and its signal is relayed on numerous translators throughout Northern Arizona. Its transmitter is located on South Mountainin Phoenix.

Channel 10 was founded in 1953 as a shared-time signal between KOY-TV and KOOL-TV; the two later merged to become simply KOOL-TV. Gene Autry was one of the station's owners. The station was originally a CBS[1] and ABC affiliate until 1955, when KTVK (channel 3) signed on and took the ABC affiliation. As a result, the station was now able to feature Autry's show on its schedule. Over the years, KOOL-TV ran nearly all of the programming CBS offered along with some first run syndicated shows and local news.

On May 28, 1982 at about 5:00 p.m., Joseph Billie Gwin, wanting to "prevent World War III" forced his way into KOOL-TV studio, fired a shot from his gun, the butt struck Louis Villa in the back of the head, Gwin held Villa in a chokehold, at gunpoint for nearly five hours. Gwin took 4 people hostage and demanded nationwide air time. 2 hostages, Jack Webb and Bob Cimino, were released three hours later. At 9:30 p.m., anchorman Bill Close read a 20-minute statement as Gwin sat next to him holding a gun under the table, Close took Gwin's gun after the statement and set it on the table.[2][3][4]

The station was sold to Gulf Broadcasting in 1982, and changed its callsign to KTSP-TV. It had been said that the call sign stands for Tempe/Scottsdale/Phoenix, but some have also claimed that the call sign was simply changed to match WTSP in Tampa/St. Petersburg, Florida, which the company also owned. KTSP's logo at the time was similar to WTSP's "Sunset 10" logo; it would remain in use until 1995.

KTSP was sold to Taft Broadcasting in 1984, as part of a corporate deal. In 1989 KTSP newscaster Shelly Jamison left the station after appearing nude and on the cover of Playboy magazine.[5]

Due to the bankruptcy, Citicasters put four stations, including KSAZ-TV up for sale. KSAZ and sister station WDAF-TV in Kansas City were then sold to New World Communications on May 5, 1994 for $360 million, becoming final on September 9 of that year. New World also received WGHP in Greensboro/Winston Salem/High Point, North Carolina and WBRC in Birmingham, Alabama. [6] (WBRC would be placed in a blind trust along with WVTM due to ownership complications.) Just 18 days later, New World announced that all except three of its stations would switch to Fox affiliation, including KSAZ. As a result, four commercial stations in the Phoenix market swapped network affiliations at different times. KSAZ dropped the CBS affiliation three days after the sale to New World became final, on September 12. This switch temporarily left KSAZ as an independent station as Fox's affiliation agreement with its existing affiliate KNXV-TV did not run out until December 14. CBS affiliation at that time went to KPHO-TV.[1] ABC affiliation was to go KNXV on January 9, 1995 (as part of the corporate affiliation deal between ABC and KNXV's owner E. W. Scripps Company) but that August, KNXV began running ABC shows that KTVK was preempting.

Fox network's prime time and sports programming moved to the station on December 15, 1994. Fox Kids programming moved to KTVK and in 1996 to KASW (channel 61). WB programming also went to KASW in 1995. KSAZ became known as "10 News" in the fall of 1994. With several top-rated syndicated shows moving to other stations in 1995, KSAZ was up to about 50 hours a week of local news. The remaining syndicated programming on the station was rather low-rated, and as a result KSAZ did not have good ratings in its early days as a Fox affiliate. Much of the news audience went to KTVK, the former ABC affiliate which also took on a news-intensive format. In the fall of 1995, KSAZ added 3 hours of talk shows jointly produced by New World and Fox.

A major catalyst for the Fox-New World deal was the network's contract with the National Football Conference of the National Football League. The local NFL team, the Arizona (formerly Phoenix) Cardinals, were part of the NFC, and thus, had their games telecast on KTSP/KSAZ since 1988, the first year the Cardinals were in Arizona. At that time, the NFC games were shown on CBS. Until recently however, home game telecasts were hard to come by, as the Cardinals often failed to sell out games at Sun Devil Stadium. Since moving toUniversity of Phoenix Stadium, there have been no blackouts.

Fox purchased New World late in 1996, making KSAZ a fully owned-and-operated station, or "O&O". The merger was completed in January of the next year. Later in 1997, KSAZ along with KTBC in Austin, Texas were nearly traded to the Belo Corporation in return for KIRO-TV inSeattle. That trade fell through; however, Belo would purchase KTVK (and KVUE in Austin) two years later. KSAZ has since been known asFox 10. Fox then began to upgrade the station's programming, adding some high-rated off-network sitcoms such as M*A*S*H, Seinfeld, andKing Of The Hill. The station also added higher-rated court shows and reality shows. Fox Kids though stayed with KASW.

KSAZ and KUTP (channel 45) became sister stations in 2001, making both the only network O&Os in the Phoenix market. KUTP was previously owned by United Television, which had a 50% stake in the UPN network, until Fox bought the station. Although Fox owns both KSAZ and KUTP (now a MyNetworkTV station), neither station aired the Saturday morning cartoon block eventually known as 4Kids TV. This continued on KASW until 4Kids TV was replaced by Weekend Marketplace as Weekend Marketplace would air on KAZT-CA (channel 7). It was possible after KUTP became a MyNetworkTV affiliate that 4Kids TV could have moved there but nothing was decided.

On July 27, 2007, "SkyFox10" reporter-pilot Don Hooper witnessed a mid-air collision over Phoenix between two news helicopters. There was a police pursuit in progress at the time and two helicopters, one belong to KTVK and the other to KNXV-TV, collided in mid-air and crashed into a city park. There were no survivors. In a video available over the internet, Hooper became very shaken and upset as he reports that "Channel 15 and Channel 3 just had a mid-air collision. They are in a park." The video also contains audio of Hooper calling the tower at nearby Sky Harbor airport on his aircraft's FAA radio reporting the collision. Hooper then talked on a discreet frequency to another news helicopter belonging to KPNX (channel 12) saying he was OK, but two other helicopters had just crashed. Hooper then said "I think it was Scott" referring to KTVK pilot Scott Bowerbank.

The station broadcasts its digital signal on VHF channel 10.

KSAZ ceased its analog broadcasts at 8:30AM on 12 June 2009, the day mandated by the Federal government for TV stations to cease analog transmissions across the country. The analog switchoff occurred during the station's morning newscast. After the transition was complete, KSAZ moved its digital broadcasts to channel 10.[7]

KSAZ broadcasts a total of 48 hours of local news a week (8½ hours on weekdays, 2½ hours on Saturdays and three hours on Sundays), more than any other station in Phoenix and the state of Arizona; however as is standard with Fox stations that carry early evening weekend newscasts, KSAZ's Saturday and Sunday 5 p.m. newscast is subject to preemption due to sports coverage.

On July 31, 2006, KSAZ launched its new 6 p.m. newscast. The newscast is anchored by Troy Hayden, who also anchors the 10 p.m. newscast. Alongside the launch of the newscast was the debut of a brand new look for KSAZ, taking on the generic Fox O&O graphics and logo first used by sister stations WTVT in Tampa and WNYW in New York. On July 6, 2009 starting with the 5 p.m. newscast, KSAZ was the last FOX-owned station producing its local newscasts in high definition.

On April 1, 2009, Fox Television Stations and E. W. Scripps Company announced the creation of the Local News Service model in the Phoenix, Detroit and Tampa Markets. The service pools news gathering efforts for general market news events. Each station provides employees to the pool service in exchange for the sharing of video.[8] CBS affiliate KPHO-TV (channel 5) signed on to the Phoenix LNS model shortly after the announcement.[9]

Meteorologist Jayme King is the only meteorologist on the KSAZ weather staff with a Television Meteorology Seal of Approval, King has a seal of approval from the National Weather Association. 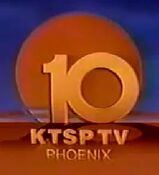 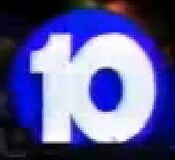