KHGI-TV channel 13 is the ABC affiliate television station for most of central and westernNebraska. The station is licensed to the town of Kearney.

KHGI is owned and operated by Pappas Telecasting Companies. Its programming is also aired on KWNB-TV channel 6 in Hayes Center, which repeats the KHGI signal except for separate commercials. The two stations are known as the Nebraska Television Network (NTV).

Under the Pappas ownership, they are also sister stations of Fox network affiliate KFXL-TV in Lincoln, which Pappas operates under a local marketing agreement.

The station is officially part of the Lincoln/Hastings/Kearney market, but this market has no basis in television reality. The market only shares two television stations, CBS affiliate KOLN in Lincoln (which operates a satellite, KGIN, in Grand Island) and Fox affiliate KFXL-TV, which identifies as a Lincoln station but is operated out of the KHGI studios in Axtell. Grand Island, Hastings and Kearney receive NBC from KHAS-TV in Hastings, while Lincoln receives it over-the-air and via cable from WOWT-TV in Omaha (which is owned by KOLN/KGIN's owner, Gray Television). Lincoln viewers also receive all of the major Omaha channels over-the-air and via cable, so while KLKN in Lincoln is the default ABC station for the eastern half of the market, KETV also has significant viewership. Despite KFXL-TV broadcasting from Lincoln, Omaha's KPTM has long been considered Lincoln's primary Fox affiliate. The market has had no local CW affiliate since KFXL became a Fox affiliate in 2009, so Lincoln-area viewers receive KXVO from Omaha over-the-air or on cable while the rest of the market can view the national CW Plus feed on cable, or out-of-market CW affiliates on satellite packages.

Recently, KHGI has made moves toward gaining cable coverage on the Lincoln side of the market though has not yet gained a spot on the local Time Warner Cable system in Lincoln. Both KHGI and KLKN are carried on the local DirecTV and Dish Network feeds.

KHGI signed on December 24, 1953 as KHOL-TV, a CBS and DuMont affiliate based in Holdrege.[1] DuMont would end network operations in 1956, and KHOL-TV briefly affiliated with the NTA Film Network.[2]

A little more than two years after its sign-on, KHOL added a satellite in Hayes Center, KHPL-TV on February 9, 1956. After KGIN signed on from Grand Island as a satellite of Lincoln's KOLN in 1961, KHOL and KHPL became full ABC affiliates. In 1964, another satellite joined the network, KHQL in Albion. KHTL in Superior followed in 1965.

The station featured local programming, including "The Bobby Mills Show" on Saturday evenings from 9:30PM until 10PM. The Bobby Mills Orchestra was the "house band" and hosted guest artists, though the bulk of the show was dedicated to the band and its soloists, similar to Lawrence Welk, who was on a syndicated network. Bobby's sons, Bobby Mills Jr. and Ron, were featured extensively on the program. Taping of the show was done once a month on a Friday night, after the station had signed off at Midnight. An average of 5 shows were done per taping, which typically ended at 4AM. The show ran during the late 1960's into the early 1970's.

In 1973, the call letters of all the stations were changed: KHOL became KHGI, KHPL became KWNB, KHQL became KCNA and KHTL became KSNB. KCNA was spun off from NTV in the early 1980s and became an independent station under the call letters KBGT; it was sold in the late 1980s to Citadel Communications and became a satellite of Sioux City, Iowa station KCAU-TV. Citadel later moved the station to Lincoln, Nebraska as a stand-alone station, KLKN. KSNB became a Fox network affiliate in the late 1990s as a satellite of Grand Island's KTVG.

KHGI-CA in North Platte, Nebraska signed on in the mid-1990s as a low-powered relay of KTVG. It switched from Fox to ABC in 2006 and became that market's default ABC affiliate as WSWS-CA. In 2010, KHGI-CA switched to digital and became KHGI-LD. KHGI-LD is not a true repeater of KHGI-TV in that its digital television broadcast is identified as "KHGI-LD Digital Television" on compatible television receivers and appears as channel 27.1 rather than 13.1. KHGI-LD also does not rebroadcast KFXL on a digital subchannel as North Platte already receives Fox on K11TW.

The on-air name changed from NTN to NTV in the early 1980s.

In May 2006, NTV became one of the first television stations in the country to generate a community based news site.Community Correspondent allows registered users to post stories, photos, and videos to the site. Many of the postings are used on air in different stories. 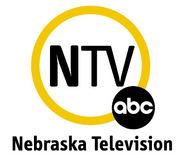 KHGI/NTV repeats its programming on six translators. Four of them (in bold) are owned by Pappas, one is government-owned and another is owned by a local Jaycees chapter.

From July 4, 2005 to June 12, 2009, KHGI-CA broadcast under the call letters WSWS-CA. This made the station unique, as it is was a station with a "W" callsign prefix that was west of the Mississippi River. This was allowed due to the fact that "WSWS" was the former callsign of current Pappas station WLGA, and the calls were grandfathered to the former K13VO.