KGTV, digital channel 10, is the ABC television affiliate in San Diego, California. The station can be seen on Cox Communications, Time Warner Cable, and AT&T U-verse on cable channel 10 instandard definition. Cox Communications and Time Warner Cable carry its high definition signal on cable channel 710, while AT&T U-verse carries its HD signal on channel 1010. The station is also available on its customary channel 10 position (in both standard definition and in high definition) on both of DirecTV and Dish Network's local channels packages.

The station went on the air on September 13, 1953 as KFSD-TV, and was affiliated at the time with NBC.

KFVW/KFSD radio (1220/620/600 AM) was the first full time commercial radio station in San Diego which signed on June 3, 1925. KFBC/KGB signed on July, 14 1922, but was only on the air part time as an amateur station at 833.3 Kilocycles. Channel 10's call letters followed the AM and FM stations to make it a complete combo AM/FM/TV. In 1961, the stations changed their call letters to KOGO, as the format of the AM station changed to MOR (Middle of the Road). As legend has it, they fed information about San Diego and it's people into the new device by IBM called the computer. They asked the computer for the perfect call letters for the new AM station and it responded with KOGO.

The broadcasting division of the Time-Life magazine company purchased the KOGO stations, AM 600 KOGO, KOGO-FM 94.1, Channel 10 KOGO-TV in 1962 from a locally based firm, Fox, Wells & Rogers.

In 1972, McGraw-Hill purchased KOGO-TV (along with the rest of Time-Life's broadcasting properties) and changed its call letters to the present KGTV (to reflect KOGO-TV). The radio stations were sold separately, and AM 600 retained the KOGO call letters, and was sold to Retlaw (which is Walter spelled backwards, and was the broadcast division of Walt Disney Company). 94.1 went back to the KFSD calls, and went through a series of owners. KGTV swapped affiliations with KCST-TV (channel 39, now KNSD) and joined ABC in 1977, after the network chose to disaffiliate itself from KCST.

Famous KGTV alumni include Regis Philbin, who hosted his first talk show on KOGO-TV in the 1960s. In April 2009, KGTV rebranded itself as "ABC 10" and launched new graphics and a new logo.[citation needed]

After the analog television shutdown and digital conversion on February 17, 2009,[1] KGTV moved its digital signal from channel 25 to channel 10 following analog shutdown.[2] However, through the use of PSIP, digital television receivers continue to display KGTV's virtual channel as 10. Since KGTV is an ABC network affiliate, it broadcasts in 720p high definition.

Syndicated programing on KGTV includes Rachael Ray, Who Wants to Be a Millionaire, The Doctors, and Inside Edition.

KGTV first began to challenge KFMB's dominance in the mid-1970s when anchormen Jack White and Harold Greene, along with popular weatherman "Captain Mike" Ambrose and sportscasters Al Coupee and Hal Clement, led The News to popularity, albeit briefly.

Even with the brief return of Greene following his stints in San Francisco and Los Angeles, the station fell back to second place behind KFMB in the early 1980s. However, management succeeded in acquiring the services of popular anchorman Michael Tuck from KFMB in 1984; the move resulted in KGTV reclaiming first place and giving the station credibility by way of Tuck's infamous nightly commentaries titled "Perspectives."

KGTV also made history by being the first station in San Diego with a female anchor team with its 11 p.m. newscast, featuring Carol LeBeau and Bree Walker. After Walker left in 1987, Kimberly Hunt would team with LeBeau and form the city's longest-running anchor duo at 15 years. During that time, LeBeau and Hunt would anchor alongside Tuck (who left for Los Angeles in 1990, only to return to San Diego on KFMB), Stephen Clark (now at WXYZ-TV in Detroit), Steve Wolford, and a returning Hal Clement (who had switched from sports to news in 1983 while at KFMB).

Eventually, KGTV would decline after Hunt left to anchor the news at KUSI-TV alongside Tuck, at one point falling to third as KNSD rose to number one at 11 p.m. The Hunt-Lebeau team reunited in early 2008, before LeBeau retired the following year. On August 30, 2008, KGTV became the third station, behind KFMB-TV and KSWB-TV, to launch local news in High Definition.

KGTV is among the few United States television stations that broadcast local news programs at 7:00 p.m. on weeknights. In May 2010, the newscast was the top rated early evening newscast in the market in the 25-54 demographic.

KGTV The News 11PM Weeknight open from the early 1980's 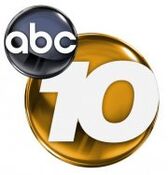 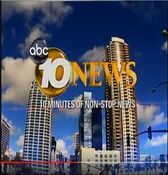 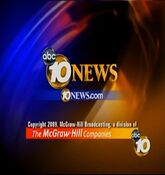 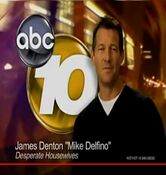