KGET-TV is a television station serving Bakersfield, California, owned by Nexstar Broadcasting Group. It is an NBC affiliate, and transmits on UHF channel 25 (using its former analog channel 17 as its virtual channel via PSIP). KGET also has a digital-only/cable CW outlet called KWFB, one of the The CW Plus stations. It was originally part of The WB 100+ Station Group for the WB network when it was still in operation. The network ended in September 2006 along with UPN to form The CW and KWFB affiliated with the new network. The station's studios are located on L Street in downtown Bakersfield, and the transmitter site is west of Breckenridge Mountain.

Founded by businessman Ed Urner, channel 17 first broadcast on November 8, 1959 as KLYD, an ABC affiliate.[1] The station originally operated from studios located on Eye Street in Bakersfield. It was co-owned with KLYD-AM 1350 (now KLHC), and is one of very few TV stations to be started by a daytime-only radio station. The call letters changed to KJTV in 1969. In October of that year, The Dellars sold the station to Atlantic States Industries.[2] In 1974, KJTV swapped affiliations with KBAK-TV, becoming a CBS affiliate.

George N. Gillett Jr.'s Gillett Broadcasting bought the station from ASI Communications in 1978. The station's call letters changed again to KPWR-TV on September 27, 1978, when it increased its power to 5,000,000 watts. The Ackerley Group purchased the station in 1983. On February 1, 1984, the station changed its calls to the present day "KGET-TV", coinciding with an affiliation swap with KERO-TV to become Bakersfield's NBC affiliate a month later, an affiliation which continues to the present day. It was sold to Clear Channel Communications in 2001.

KGET stands for "Kern Golden Empire Television," a moniker coined by the station's longtime vice president and general manager, Ray Watson, who was elected to theKern County Board of Supervisors in 2002. The current KGET Manager is Derek Jeffery.

On April 20, 2007, Clear Channel entered into an agreement to sell its entire television stations group to Newport Television, a broadcasting holding company controlled by Providence Equity Partners.[3] However, Providence Equity Partners owns a 19 percent share of the Spanish-language media company Univision, the owner ofMyNetworkTV affiliate KUVI-TV. In addition, with only five full-power stations, Bakersfield does not have enough to legally support a co-owned duopoly operation. As a result, the Federal Communications Commission granted conditional approval of the sale, provided that Providence Equity Partners divest either KGET or its stake in Univision as soon as the deal was finalized. That happened on March 14, 2008.

In May 2008, Newport Television agreed to sell KGET and five other stations to High Plains Broadcasting, Inc. due to the aforementioned ownership conflict.[4] The sale closed on September 15, 2008;[5] Newport continued to operate KGET under a shared services agreement.[4] Newport agreed to sell KGET and sister Telemundo affiliateKKEY-LP, as well as KGPE in Fresno, California, to Nexstar Broadcasting Group on November 5, 2012.[6] The FCC approved the sale on January 23, 2013; and the sale was completed on February 19.[7][8] 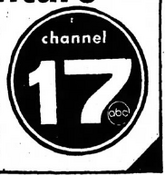 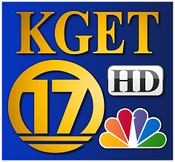 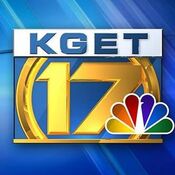 Retrieved from "https://annex.fandom.com/wiki/KGET-TV?oldid=395467"
Community content is available under CC-BY-SA unless otherwise noted.