KFSN-TV is the ABC owned and operated television station in Fresno, California. The station transmits its digital signal on UHF channel 30. The station's transmitter is located in Meadow Lakes, California.

Its signal covers the Central San Joaquin Valley and the mountain ranges flanking either side, including the Sierra Nevada mountains and Yosemite National Park. The station serves Fresno,Madera, Merced, Mariposa, Tulare, and Kings counties.

In the 1950s, KARM-AM and KFRE-AM competed for the channel 12 license, the sole VHF TV allocation in Fresno. KFRE won the license, and the station known today as KFSN-TV signed on the air for the first time on May 10, 1956 on channel 12 as KFRE-TV, taking the CBSaffiliation from KJEO-TV (channel 47, now KGPE).

The KFRE stations were acquired by Triangle Publications in 1959, and on February 17, 1961, KFRE-TV reluctantly moved to UHF channel 30 to make Fresno an all-UHF market under orders from the Federal Communications Commission. The move came after Central Coast-area politicians pressured the FCC to move KFRE-TV in order to level the playing field. This move opened up channel 12 for an allocation in use by KCOY-TV in Santa Maria (Fresno is still a predominantly-UHF market to this day with all 12 full power analog signals operating on UHF channels; the exceptions are a few low-power and digital outlets).

Capital Cities Communications acquired the KFRE stations from Triangle in 1971; the company sold off the AM and FM radio stations and kept the TV station, changing its calls from KFRE-TV to KFSN-TV (The KFRE-TV calls are now used on Fresno's CW affiliate on channel 59; that station is unrelated to the current KFSN-TV). The station became an ABC owned-and-operated station in September 9, 1985 following ABC's merger with CapCities, and ABC's first UHF O&O; CBS returned to KJEO. The merged company had not originally intended to keep KFSN, but only did so because it was not allowed to keep WTNH (channel 8) in New Haven, Connecticut.

The station is one of three network owned television stations in the Fresno television market; the other two are Univision's KFTV (channel 21) and Telemundo's KNSO (channel 51). However, the latter station is managed by a third party via a time brokerage agreement.

With the sale of WTVG & WJRT-TV to SJL Broadcasting, KFSN is now the smallest station in the country that is an O&O of any major network, not counting semi-satellites (this includes WOGX in Ocala/Gainesville, Florida; which is a semi-satellite of WOFL in Orlando).

On April 27, 2009 the station added the Live Well Network to its digital subchannel, Channel 30.2.

KFSN-TV shut down its analog signal, over UHF channel 30, on June 12, 2009 at noon, as part of the DTV transition in the United States. [1]The station had been broadcasting its pre-transition digital signal over VHF channel 9, but returned to channel 30 for its post-transition operations.[2]

The station's newscasts are not branded Eyewitness News, nor does it use the Eyewitness News music package, like several other ABC-owned stations. Instead, KFSN retains the Action News branding (ABC30 Action News,) along with sister stations WPVI (channel 6) in Philadelphia and WTVG (channel 13) in Toledo, Ohio. In 2003, the station began pooling resources with sister stations KABC-TV (channel 7) in Los Angeles and KGO-TV (channel 7) in San Francisco to hire a full time reporter and photographer to staff a Sacramento bureau followingArnold Schwarzenegger's election as Governor during the 2003 California recall election.

KFSN's newscasts have used the Action News name and format made famous at sister station WPVI since the 1970s. The station has led the news ratings in the San Joaquin Valley for more than 30 years. Its 5 PM newscast, "Live at Five," frequently attracts more viewers than all other local stations combined.

On April 23, 2007 starting with the 5 p.m. newscast, KFSN-TV became the sixth ABC owned-and-operated station to produce and broadcast their newscasts in High Definition following their sister stations KABC-TV, WPVI-TV, WABC-TV, WLS-TV and KGO-TV and update its branding to ABC 30 Action News HD.

Since 1994, KFSN has used the original version of 615 Music's "News One" music package, also used at the time by sister-station, KGO-TV.

KFSN has dominated the local news viewership ratings in the San Joaquin Valley for decades, dating back to its pre-ABC-merger years as a CBS affiliate. 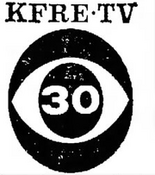