It is owned by Fox Television Stations, Inc. in a duopoly with MyNetworkTV affiliate KDFI (channel 27), and is also co-owned with Fox Sports Southwest, through parent company News Corporation. The station is licensed to Dallas and its studios and business offices are locateddowntown, with the station's transmitter located in Cedar Hill.

KRLD-TV served as the home base for the CBS network's coverage of the assassination of President John F. Kennedy, led by Dan Rather, on November 22, 1963. News director Eddie Barker was the first person to announce Kennedy's death on television, passing along word from a Parkland Hospital official (because of a local pool arrangement, Barker's scoop appeared live simultaneously on CBS and ABC).

Federal Communications Commission rules at the time prevented common ownership of newspapers and broadcast outlets in the same market, and the combination of KRLD-AM-TV and the Dallas Times-Herald was protected under a grandfather clause from forced divestiture. However, the newspaper and its broadcast holdings were sold to the Los Angeles-based Times-Mirror Company on May 15, 1970 for $30 million. As a result of the sale, Times-Mirror could not keep the Times-Herald's grandfathered protection for the radio and television stations, but was granted a waiver to keep the newspaper together with the television station, which was renamed KDFW-TV on July 2, 1970. KRLD radio was sold to Metromedia soon thereafter; the newspaper was sold off in 1986, and was shut down five years later.

In 1993, Times-Mirror announced its intention to divest itself of its television station properties[1], KDFW and the other Times-Mirror stations were sold to Argyle Television in a group deal.[2] Early in 1994, KDFW began managing a struggling station, KDFI (channel 27), which was rebroadcasting KDFW's newscasts in different time slots.

As a Fox affiliate

In late 1993, when Fox gained the contract from CBS to carry the NFC package of the National Football League[3], New World Communications reached an agreement for its stations to make the big switch to the network.[4] Afterwards, New World bought out Argyle, which owned KDFW along with sister stations KTVI (channel 2) in St Louis, WVTM (channel 13) inBirmingham, Alabama, and KTBC (channel 7) in Austin. When that buyout became final on April 14, 1995 (although New World had been operating the Argyle stations through time brokerage agreements since January 19), KDFW and KTBC switched affiliations to Fox on July 1 of that year (and KTVI followed suit on August 7)—while WVTM remained affiliated withNBC because former ABC affiliate WBRC (channel 6) in the same market was sold directly to Fox (WVTM was subsequently sold to NBC before being purchased by current ownerMedia General).[5][6]

Upon the network switch, the Cowboys football games moved back to KDFW after a one year absence; KDFW as a CBS affiliate carried the Cowboys through 1993, after which the NFC package moved from CBS to Fox (the first season that the Cowboys were back on KDFW, they won the Super Bowl). The CBS affiliation moved to KTVT (channel 11), and former FoxO&O station KDAF (channel 33; which Fox sold to Renaissance, later Tribune Company) took The WB affiliation from KXTX (channel 39). News Corporation purchased KDFW and itsLMA with KDFI in a group deal in early 1997. Like most New World-owned stations, KDFW did not pick up Fox Kids; it stayed with KDAF until 1997 when Fox Kids moved to KDFI (Fox/NewsCorp eventually bought KDFI outright in 2000).

KDFW is not the only Fox owned-and-operated station to replace a previous Fox O&O; sister station WAGA (channel 5) in Atlanta replaced WATL (channel 36) during the Fox/New World agreement in 1994. KDFW and KDFI are one of three groups of network O&Os (albeit a duopoly) based in Dallas (with KTVT and KTXA being owned by CBS; KXAS and KXTX being owned by NBC). With Fox switching from a UHF to a VHF position, Dallas-Fort Worth became the first market at the time where all "Big Four" affiliates are on the VHF dial alongside New York, Los Angeles, San Francisco, Washington, DC, Miami, Las Vegas and Seattle. Portland and Minneapolis-St. Paul would not join suit until 2002.

On the morning of July 30, 2007 around 7 a.m., a traffic helicopter used by KDFW crash-landed near Joe Pool Lake after the engine suddenly lost power. Helicopter pilot Curtis Crump was able to make a hard emergency landing, with the aircraft skidding and then tipping over before coming to a stop near a lake dam. All three people in the helicopter survived.[7]

After the analog television shutdown of June 12, 2009 [8], KDFW-DT remains on channel 35 [9] PSIP is used to display KDFW's virtual channel as 4 on digital television receivers. Its analog signal was nightlighting until July 12, 2009.[10]

Being a network O&O, KDFW airs the entire Fox network schedule (primetime, Saturday late night and sports programming, and the political talk show Fox News Sunday). Syndicated programming includes talk shows (such as Live with Regis and Kelly and The Wendy Williams Show), court shows (such as Judge Judy, Judge Joe Brown and Judge Jeanine Pirro), newsmagazines (such as Access Hollywood and TMZ on TV), off-network dramas (such as Law & Order: Special Victims Unit) and weekend morning children's shows. The station began to broadcast a few off-network sitcoms by the late 1990s (though for a brief period during the mid-2000s and also as of the 2008-2009 season, no off-network sitcoms were on its schedule—a rarity for a Fox station). Some of the syndicated court shows airing on the station air in both daytime and late night.

In 1972, the station debuted 4 Country Reporter, hosted by Bob Phillips. In 1986, Phillips left KDFW and began selling the show in syndication, which was renamed Texas Country Reporter, and now airs in all 22 television markets in Texas. KDFW did not pick up the syndicated version, but rival station WFAA carried the show (calling it 8 Country Reporter).

KDFW broadcasts a total of 46½ hours of local news a week (eight hours on weekdays, four hours on Saturdays and 2½ hours on Sundays), more than any other station in the Dallas-Fort Worth Metroplex and the most of any television station in Texas; however as is standard with Fox stations that carry early evening weekend newscasts, KDFW's Sunday 5:00 P.M. newscast is subject to preemption and the Saturday 6:00 P.M. newscast is subject to delay due to sports coverage from Fox. From the time KDFW became a Fox affiliate (and later owned-and-operated station) in 1995, the station has placed more emphasis on local news; maintaining a newscast schedule that is very similar to a CBS, ABC, or NBC affiliated station, along with the added weeknight 5:30 and nightly 9 p.m. newscasts and the additional two hours of news on weekday mornings.

KDFW is one of a steadily growing number of Fox stations with a newscast in the traditional late news time slot (with the majority of Texas being located in the Central time zone, at 10:00 P.M. in KDFW's case), in addition to the primetime (9:00 P.M.) newscast, along with one of the few to continue their Big Three-era 10 p.m. (or 11 p.m.) newscast after the affiliation switch. In 2006, Fox Television Stations Group started to push expansion into that time slot (sister station KTBC in Austin had a 10 p.m. newscast for years after switching to Fox, which was moved to 9 p.m. in 2000). After the switch, KDFW's 10 p.m. newscast was scaled back to weeknights only (Fox late night programming airs on Saturdays at 10 p.m., while the sports wrap-up show "FOX4 Sports Sunday" airs Sundays in that timeslot). It is likely that Fox will have all of its owned-and-operated stations add these later newscasts within the next few years (at least half of the Fox O&Os already have added newscasts at 11 p.m. (ET/PT)/10 p.m. (CT/MT)).

Starting in 2006, the Fox-owned stations began revamping their sets and graphics to be more closely aligned with Fox News Channel. The stations now have standardized logos that resemble Fox News Channel's. KDFW debuted the new logo, set, graphics and news music on September 20, 2006 on its 9 p.m. newscast. The station also launched a new website, which features more news and video with the "myfox" name and interface (the "My" in the "myfox" name may be a reference to MySpace, which Fox's parent News Corporation owns).

On February 18, 2009 at noon, KDFW became the fifth station in the Dallas-Fort Worth market to broadcast its local newscasts in high definition, thus leaving KDAF (channel 33, a CW affiliate [and the Metroplex's original Fox O&O] owned by Tribune Company) as the only local English-language television station not to broadcast its newscasts in HD for another 15 months. On April 5, 2010 the station expanded its morning newscast by a half-hour, now running from 4:30 to 9 a.m.

According to the local Nielsen ratings for the February 2011 sweeps period, KDFW had the #1 morning newscast in the Dallas-Ft. Worth market, placing first in the 6 a.m. hour and outpacing the national network morning newsmagazines on KXAS, WFAA and KTVT in total viewers and adults 25-54. The 5 and 6 p.m. newscasts also placed first among all area stations with adults 25-54 (in total viewers, the 6 p.m. newscast placed third, ahead of KXAS; and the 5 p.m. newscast ranked in fourth place), and the weeknight 5:30 p.m. newscast was the highest-rated among 25-to-54 year olds, beating the network evening news programs on KXAS, WFAA and KTVT. 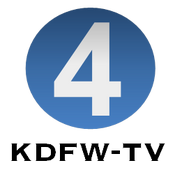 Retrieved from "https://annex.fandom.com/wiki/KDFW?oldid=613215"
Community content is available under CC-BY-SA unless otherwise noted.