KCNC-TV, channel 4, is a CBS affiliated television station in Denver, Colorado. It is owned-and-operated by CBS Television Stations, Inc.KCNC broadcasts on UHF channel 35 from Lookout Mountain near Golden, Colorado.

As an NBC affiliate

The station first went on the air on December 24, 1952 as KOA-TV, co-owned with KOA radio (AM 850 and FM 103.5, now KRFX). It immediately took the NBC affiliation away from KBTV (channel 9, now KUSA-TV), due to KOA's NBC radio affiliation. It was owned by Metropolitan Broadcasting, a company partly owned by famed comedian Bob Hope.[1]

In 1965, KOA-TV carried most of NBC's American Football League games with Curt Gowdy doing play-by-play, but Denver Broncos home games had to be blacked out because none of them sold out. In 1967, KOA-TV aired an award winning documentary, The Acid Test, LSD. Five months in the making, with more than 5,000 feet of film shot, LSD was hosted by news editor Bob Palmer. Photographers involved included Bill Baker, Medill Barnes, Jerry Curran, Sam Houston and Barry Trader.

In 1968, KOA-AM-TV was sold to General Electric for $10 million. In 1969, 10 p.m. anchor Bob Palmer left Channel 4 for Channel 7, to replace John Rayburn, who went to a station in Kansas City. In 1981, KBTV news director Roger Ogden was hired by KOA-TV as general manager. Ogden brought Marv Rockford and John Haralson with him. Ogden named George Caldwell, Sam Allred and Ron Zappolo as channel 4's number one news team. Also joining the station that year were Janet Zappala and Alan Berg.

In the 1970s when it was known as "NewsWatch4" it aired its late evening weekend newscasts at 11pm.

KOA-TV was piped in by cable systems in Rapid City, South Dakota between 1972 and 1976, as Rapid City didn't have an NBC affiliate then; at the time, KOTA-TV was a "joint primary" affiliate of both ABC and CBS, and had no room on its schedule for NBC programs.

In 1982, Bill Stuart left KMGH (channel 7) for KOA-TV and Linda Farrell, Sylvia Cordy, Jeff Hullinger, Stephanie White, Merrie Lynn, Tom Martino and Tom Bear all joined the station. In June, KOA-TV premiered "First News," a half hour from 4:30-5 p.m., co-anchored by Larry Green and Linda Farrell. Suzanne McCarroll was the featured reporter on the new show. Also in 1982, KOA-TV pilot/reporter Karen Key, 28, and mechanic Larry Zane, 28, died when Copter4 slammed into a snowy stand of pine trees near Larkspur, Colorado, while en route to the crash site of a commuter airplane. She was promoted as the first female news helicopter pilot and reporter. Her blood alcohol content was reported to be 0.09, just below the legal limit of 0.10.

On the evening of June 18, 1984 Alan Berg, who was hosting programs on both KOA-AM and KOA-TV was shot and killed in the driveway of his home by members of a White nationalist group called The Order. Berg was an attorney who was known for taking a largely liberal stand on issues and was, at times, abrasive and combative to callers and guests who held opposing views.In 1983, General Electric sold the KOA radio stations to A. H. Belo for $22 million. The sale forced General Electric to change Channel 4's call letters on Aug. 12. The new call letters, KCNC, stood for Colorado's News Channel. Also that year, Peter Rogot was named weekend anchor at channel 4 and Marty Aarons joined Bob Palmer and Janet Zappala in anchoring duties. Others joining channel 4 were Wendy Bergen, Karen Layton, Marcia Neville, Tom Raponi and Mike Silva. Marv Rockford was promoted to News Director.

In 1986, General Electric bought NBC, making KCNC an NBC owned-and-operated station (and the first network-owned station in Colorado). By 1990, KCNC-TV was broadcasting nearly 40 hours of news per week, nearly all of its non-network hours. General Manager Roger Ogden felt his station's money was better spent on local programming than paying syndicators of national shows. In 1990, KCNC paid $11,000 to another television station in Denver to carry election coverage using KCNC's reporters so KCNC could air its Tuesday night lineup, including Matlock and Heat of the Night.[2]

In 1994, CBS and Westinghouse Electric Corporation agreed to a long-term affiliation deal that saw all five of Westinghouse's television stations become CBS affiliates. This switch included KYW-TV in Philadelphia. After NBC won a bidding war for CBS' longtime O&O in Philadelphia, WCAU-TV, NBC found out it could not buy the station outright without going over the FCC's ownership cap of the time. To solve this problem, NBC offered to trade KCNC, KUTV in Salt Lake City and the channel 4 allocation and transmitter in Miami to CBS in return for WCAU.

On September 10, 1995, KCNC became Denver's CBS affiliate in a move that saw all three of Denver's "Big Three" networks switch affiliates. Denver's longtime CBS affiliate, KMGH-TV, went to ABC because KMGH's owner, McGraw-Hill, had recently struck an affiliation deal with ABC, while longtime ABC affiliate KUSA-TV took the NBC affiliation, probably by default (although KUSA's owner, Gannett, already owned a number of NBC affiliates, and today, most of Gannett's stations are still NBC affiliates). KCNC's final NBC program was Saturday Night Live; NBC moved all of its programming to KUSA when it ended.

Under the terms of the CBS/Westinghouse deal, CBS sold controlling interest in KCNC to Westinghouse's broadcasting division, Group W. Later in 1995, CBS and Westinghouse merged, making KCNC a CBS owned-and-operated station, the second time in the station's history that channel 4 has been owned by a major network.

In 2002, Marv Rockford was forced out as general manager of KCNC and replaced by Walt DeHaven. Tony Lopez moved from San Antonio to join channel 4. In 2003, the lead news team at channel 4 was Molly Hughes and Bill Stuart anchoring the 10 p.m. news, with Brian Maass and Rich Sallinger as reporters. In 2003, channel 4 was rebranded as "CBS4" under theCBS Mandate (although it retained the "News4" moniker for its newscasts for another two years).

The station was featured in the 2007 film Blades of Glory, and along with other stations in the Denver market has been mentioned on South Park, which takes place in Colorado. One episode mentioned Ron Zappolo as still being with channel 4, although he now actually anchors at KDVR.[3]

On June 12, 2009, KCNC-TV left channel 4 and continued broadcasting on channel 35 to complete its analog to digital conversion.[4] However, through the use of PSIP, digital television receivers display KCNC-TV's virtual channel as "4".

KCNC-TV broadcasts a total of 27½ hours of local news per week (with 4½ hours on weekdays, and two hours on Sautrdays, 3½ hours each on Sundays).

On April 21, 2008 Karen Leigh (who previously worked at KCNC's sister station WCCO-TV in Minneapolis-Saint Paul) replaced Molly Hughes as co-anchor of the weekday evening newscasts. Also, KCNC began broadcasting its local newscasts in high definition, becoming the second station (after KUSA) in the market to do so and the third station in the market to broadcast all programming in HD, behind KUSA and KTVD (channel 20). KCNC premiered the new HD graphics package during its noon newscast. The music package, "Newstime" was retained.

On May 27, 2010 KCNC joined other CBS O&O stations by releasing a new graphics package. The change mirrors the packages seen on WCBS and KCBS, whose openings involve a spinning glass CBS eye, and the station ID in the center, with video of various city and state landmarks, like downtown Denver and the Maroon Bells. The color scheme is now a dark blue with the glass CBS eye featured prominently. KCNC retained "Newstime" in its original format.

KCNC News 4 Colorado - You're On promo from Mid-September 1995

KCNC News 4 Colorado: The Colorado Evening News open from May 21, 1997 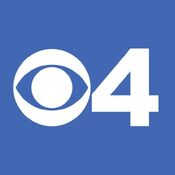 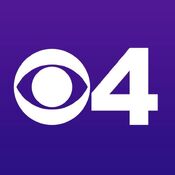 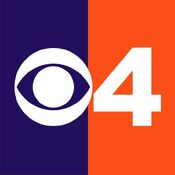 The Denver market includes large portions of Colorado, Nebraska and Wyoming. KCNC serves this vast area with one of the largest translator networks in the country. All translators are in Colorado unless otherwise listed.

Retrieved from "https://annex.fandom.com/wiki/KCNC-TV?oldid=593177"
Community content is available under CC-BY-SA unless otherwise noted.