BTX-TV 3 is the CBS television network affiliate located in Bryan/College Station, Texas, and has the only television news organization based in the Brazos Valley. It airs on digital UHF Channel 50 and is owned by Gray Television. It is a sister station to KWTX-TV in Waco. Its transmitter is located in Carlos, Texas.

In its own market, KBTX broadcasts on cable systems -- including on Suddenlink channel 5 -- and on DirecTV and Dish Network.

KBTX also offers The CW programming on its digital feed. Prior to the September 2006 merger of The WB and UPN, KBTX offered UPNprogramming on digital. The CW Texas is a joint effort between KBTX and KWTX.

KBTX was the first television station in the Brazos Valley. It has broadcasted from the same building on East 29th Street in Bryan since it went on the air on May 22, 1957, though that building has been added on to multiple times. Originally airing both CBS and ABC programming, KBTX became an exclusive CBS affiliate in 1984.

On October 14, 1983, KBTX flipped the switch on a new transmitter in the Grimes County community of Carlos. The 1,700-foot tower nearly doubled the number of homes the station reached.

Perhaps the most noteworthy coverage from KBTX was on November 18, 1999. Early that morning, the Aggie Bonfire stack collapsed, killing 12 and injuring 27. The station provided non-stop coverage of the event, and served as a major source of information locally and nationally in the hours that followed.

KBTX began celebrating its 50th anniversary in May 2007. Many former on-air staff returned for the celebration, including some who guest-anchored newscasts.[1]

In accordance with the original February 2009 date mandated by the federal government, KBTX permanently shut down its analog signal effective January 20, 2009 as it made the transition to digital television.[2]

On February 28, 2009, KBTX began broadcasting at full power digital from the enhanced Carlos tower, again expanding its signal dramatically.[3] The station had been broadcasting on low power digital between its analog signal shutdown and the full power activation, in addition to being carried on cable systems and DirecTV.

KBTX and KWTX experimented with a jointly-run noon show in early 2009. News stories for both viewing areas were read from KWTX's Waco studios for the first half of the show, with KBTX running live weather and additional local content from its studios for the remainder of the show airing in the Brazos Valley. KWTX aired its own live weather and content in its part of the market during that time. However, in late March 2009, the two stations returned to running their own, separate shows, with KBTX citing "an overwhelming request from viewers for the show to be based out of the Twin Cities again." [4]

In 2009, KBTX reached agreements with the nation's two major satellite providers. For years, Dish Network had refused to offer KBTX to the Bryan/College Station area, instead just carrying KWTX. However, in 2009, Dish relented[5], and on April 23 of that year, KBTX was made available in the Waco/Temple/Bryan market area.[6] In May 2009, after years of carrying KBTX to the market, DirecTV announced it would be dropping KBTX from its service. DirecTV and KBTX were said to be bombarded with calls from frustrated customers, this as negotiations were said to be underway to keep KBTX on DirecTV. In June 2009, an agreement was reached to keep the station available to customers of the satellite provider.[7]

Though identifying as a station in its own right, KBTX is technically considered a semi-satellite of KWTX. It has most of its internal operations run alongside KWTX, and clears all of KWTX's syndicated programming (although it has some shows not seen on KWTX).

It is the only station airing a full schedule of live, local news for the Bryan/College Station side of the Waco/Temple/Bryan market, airing five newscasts each weekday from its studios in Bryan, along with weekend newscasts.

With its full power digital signal transmitting at the maximum power allowed by law as of early 2009, the KBTX signal also reaches Houston county in the Tyler/Longview market; Trinity,San Jacinto, Austin, Harris and Waller counties in the Houston market; and Lee County in the Austin market. The News 3 Weather team monitors those counties and provides forecasts and updates, including during severe weather events.

KBTX is part of a rare American television market, the Waco/Temple/Bryan Designated Market Area.[8] Only a handful of DMAs in the country have multiple stations under the same network affiliation serving viewers (KBTX serving the Bryan/College Station area, KWTX serving the Waco/Temple/Killeen area), even though in this case, both stations are associated with each other.

Only two other stations in the state earned more honors in the 2009-2010 awards than KBTX. News 3 also finished third in the entire state in first place wins.

In the previous year's TAPB awards, KBTX won 13 honors (four First Places, three Second Places, six Honorable Mentions), as announced in February 2009[13]. Again, News 3 was among the most honored stations in the state.

KBTX competes in Division 3, which includes the next biggest Texas markets after the four major metro areas (Dallas-Fort Worth, Houston, San Antonio and Austin).[14]

KBTX also won an AP award for "Best Spot News Reporting" for its coverage of the Aggie Bonfire collapse in 1999.[15]

Also awarded a Telly was News 3's special, All the Best: 10 Years of the George Bush Presidential Library, which aired the day before the grand reopening of the 41st president's library and museum on the Texas A&M campus. The main exhibit of the museum was closed for months during an $8.5 million renovation that coincided with the facility's anniversary. 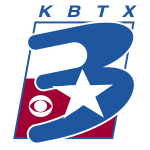 KBTX News 3 6PM Weeknight open from January 3, 2018
Add a photo to this gallery

Retrieved from "https://annex.fandom.com/wiki/KBTX-TV?oldid=389730"
Community content is available under CC-BY-SA unless otherwise noted.