KBMT is the ABC-affiliated television station for the Golden Triangle area Southeast Texas that is licensed to Beaumont. It broadcasts a high definition digital signal on VHF channel 12 from a transmitter in Mauriceville. The station can also be seen on Time Warner channel 5 and in high definition on digital channel 875. Owned by the London Broadcasting Company, KBMT has studios along I-10/U.S. 69/U.S. 96/U.S. 287 in Beaumont. Syndicated programming on this station includes: Deal or No Deal, Everybody Loves Raymond, Judge Judy, and Ellen.

It operates the area's NBC affiliate on a second digital subchannel which uses the fictional calls "NBMT". Known on-air as K-JAC: Your NBC (a nod to the former call letters of ex-NBC now Fox affiliate KBTV-TV), this can also be seen on Time Warner channel 11 and in high definition on digital channel 860. Syndicated programming on KBMT-DT2 includes: The Dr. Oz Show, The Doctors, Are You Smarter Than a 5th Grader?, and Seinfeld.

Unrelated to the current channel 12 license, the KBMT callsign was originally used on UHF channel 31 when it was launched in the 1950's as the first television station to broadcast in the Golden Triangle. It carried ABC, CBS and NBC; but since the FCC did not mandate television sets to use converters, and KJAC turned KBTV signed on the VHF dial, KBMT went off the air later on.

The current KBMT began broadcasting on June 18, 1961. It soon became the ABC affiliate until it was split between KJAC-TV (now KBTV-TV) and KFDM-TV. The original owners were N.D. Williams and Randolph Reed. The station was later sold to Cowles Broadcasting in 1965, H&C Communications in 1980, McKinnon Broadcasting in 1991, and present owner London Broadcasting in 2009. On January 1, 2009, KBMT added NBC programming on a new digital subchannel. This comes after KBTV which previously held the affiliation switched to Fox. This in turn caused former affiliate KUIL-LP (now KUIL-LD) to go Independent. In a ten year deal with London Broadcasting, KBMT began to manage the programming of that station. [3] On July 6, 2010, the station launched Azteca América on a new 4th digital subchannel becoming the first Spanish-language television station offered in the Golden Triangle.

KBMT launched its news operation in 1962. On September 16, 2009, several changes occurred in the newscast lineup. The weekday morning show, Good Morning Southeast Texas, began simulcasting on both the ABC and NBC channels while becoming a full two-hour broadcast. There began to be a half-hour newscast weekday mornings at 11:30 on KBMT-DT2. The NBC channel also launched a weeknight show at 6:30 and begin to simulcast the main channel's weeknight 10 o'clock news. [4] Originally, there was only a separate short news and weather update at that time. KBMT-DT2 does not offer local newscasts on weekends unlike the main channel. On April 28, 2010, KBMT became the first in the market to air local news in high definition. [5] 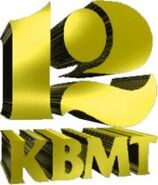 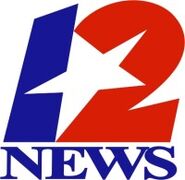 Retrieved from "https://annex.fandom.com/wiki/KBMT?oldid=398410"
Community content is available under CC-BY-SA unless otherwise noted.