KBAK signed on in August 1953 as KAFY-TV owned along with KAFY radio (AM 550, frequency now occupied by KUZZ). It is Bakersfield's oldest television station; KERO-TV followed a month later. It was a primary CBS affiliate, sharing ABC programming with KERO-TV until KLYD-TV (channel 17, now KGET-TV) signed on in 1959.

Shortly after becoming a full CBS affiliate, channel 29 changed its calls to the current KBAK-TV. In 1974, KBAK swapped affiliations with channel 17, then known as KJTV, and became an ABC affiliate. [1] [2] As a CBS and later ABC affiliate, KBAK had aired all of its color programs in color, and went to full color in 1967.

During the 1970s and into the 1980s, KBAK was owned by Chicago-based Harriscope Broadcasting, which also owned WSNS in Chicago (now a Telemundo O&O) and a partial stake in KRQE in Albuquerque (now owned by LIN TV). In the late 1980s, KBAK started signing off only on Fridays, and Saturdays, which as a CBS affiliate it continued to do until May 2008, when the sign-offs on KBAK and KBFX were discontinued and were replaced by a simulcast of the Kern Weather Channel, which is also available on digital cable systems in the Bakersfield area.

In 1986, Harriscope sold KBAK to Burnham Broadcasting, which also owned KHON-TV inHonolulu and would later acquire WVUE in New Orleans, WALA-TV in Mobile, Alabama andWLUK in Green Bay, Wisconsin. In 1995, Burnham sold most of its stations to SF Broadcasting, a joint venture between Fox and Savoy Pictures, but KBAK was not included in the sale to SF Broadcasting, and was instead spun off to Westwind Communications, a locally-based company linked to former Burnham executives.

In 1995, McGraw-Hill cut an affiliation deal with ABC which called for all of its stations, including KERO-TV, to become ABC affiliates. Largely by default, KBAK rejoined CBS when KERO picked up ABC in March 1996.

On August 6, 2007, Westwind Communications announced the sale of KBAK and KBFX-CA to Fisher Communications of Seattle. [3] The deal closed on January 1, 2008. This marked a re-entry to the Central Valley for Fisher, who previously bought and sold KJEO (now KGPE) inFresno in the late 1990s.

In mid-May 2010, KBAK became the first station in Bakersfield to begin broadcasting local newscasts in 16:9 widescreen standard definition. Then on January 16, 2011, KBAK took it one step further to become the first station in Bakersfield to launch local news in true high definition.[2] The KBFX shows were included in the upgrade to HD; however, that station transmits in HD only via its low-power Class A digital terrestrial signal and its digital cable feed since its signal on KBAK's digital subchannel is transmitted in letterboxed SD. 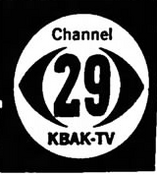 Retrieved from "https://annex.fandom.com/wiki/KBAK-TV?oldid=395046"
Community content is available under CC-BY-SA unless otherwise noted.