WSMV-TV, virtual channel 4, is the NBC-affiliated television station serving the Nashville, Tennessee area. It broadcasts its digital signal on VHF channel 10. Its transmitter and tower are located adjacent to its studios on Knob Road in west Nashville, south of Charlotte Pike. Prior to the government-mandated conversion to a digital signal, WSMV was broadcast on analog channel 4.

WSMV began broadcasting as WSM-TV on September 30, 1950 at 1:10 p.m. It was Nashville's first television station and the second in Tennessee, behind WMCT (now WMC-TV, also an NBC affiliate) in Memphis. It was owned by the locally-based National Life and Accident Insurance Company along with WSM radio (650 AM & 95.5 FM); the AM station is renowned for broadcasts of the country music show "The Grand Ole Opry," which has been heard since 1925. The stations took its callsign from their parent's slogan, "We Shield Millions."

The television station has been an NBC affiliate from the very first day, though it also carried some programming from CBS, DuMont, and ABC. Affiliation with CBS ended in 1953 when WSIX-TV channel 8 (now WKRN-TV channel 2) signed on as a CBS primary affiliate. WSM shared ABC programming with WSIX-TV for a year until WLAC-TV channel 5 (now WTVF-TV) signed on as the CBS primary affiliate, leaving WSIX-TV as the ABC affiliate. Before the advent of satellite delivery, network programming was delivered to WSM-TV by microwave transmission from WAVE in Louisville, Kentucky  (The microwave system came about because AT&T refused to bring the network signal to Nashville).

WSM-TV originally was headquartered in south Nashville at 15th Avenue South and Compton Avenue, near the present Belmont University. In 1957, the station attempted to a build a larger tower in west Nashville near Charlotte Avenue. During the construction process, the new tower's supporting wires failed. This caused the tower to collapse, which took the lives of several people. Afterward WSM-TV purchased its present property on Knob Road (farther west of the previous site) and built a tower there in a forested section away from potential damage to life and property.

WSM-TV shared its broadcast facilities with new public station WDCN-TV channel 2 (now WNPT-TV channel 8) beginning in 1962. In 1963, NL&AI built new studios for WSM-AM-FM-TV adjacent to the transmission tower on Knob Road. This left WDCN as the sole occupant of the south Nashville building, where that station remained until 1976. In 1974, NL&AI reorganized itself as a holding company, NLT Corporation, with the WSM stations as a major subsidiary.

The WSM stations' close ties to Nashville's country music business has meant that the Knob Road facility and/or its personnel was, from time to time, used for the recording of network and syndicated programs featuring Nashville-based performers. This was especially the case during the 1960s and 1970s. Most if not all of these shows were packaged by Show Biz, Inc., headquartered in Nashville and a subsidiary of Holiday Inn. Show Biz, Inc. produced The Porter Wagoner Show, That Nashville Music, The Bill Anderson Show, and several other programs seen throughout the U.S., especially on stations in the Southern and rural Midwestern U.S. The company dissolved in the late 1970s when its president, Jane Grams, became vice president and general manager of WTVC-TV in Chattanooga, Tennessee. However, the Show Biz programs were seen on some stations well into the early 1980s.

NLT was taken over by American General, a Houston-based insurer, in 1980. The new owners were not interested in NLT's non-insurance businesses, and opted to sell off WSM-AM-FM-TV, the Opry and Opryland USA. Gaylord Entertainment Company bought the Opry, Opryland USA and WSM-AM-FM. Gaylord would have bought WSM-TV as well, but was already at the Federal Communications Commission's television ownership limit at the time; the FCC has since practically abandoned such restrictions. Instead, Gillett Broadcasting (property ofGeorge N. Gillett Jr.) bought WSM-TV on November 3, 1981 and changed the callsign to WSMV, in order to trade on the well-known WSM identity while at the same time separating it from its former radio sisters (later, the TV and radio stations would engage in news department cross promotions). Soon afterward, the radio stations moved out of the Knob Road facility into new studios at the Opryland Hotel. WSMV was later sold on June 8, 1989, to Cook Inlet Television Partners, an Alaska-based company which was a subsidiary of an Alaska Native Regional Corporation;[1] Cook Inlet, in turn, sold it on January 5, 1995 to Meredith Corporation, its present licensee.[2]

WSMV was not part of the affiliation deal between Meredith and CBS (however, two other Meredith stations, then-independent KPHO-TV in Phoenix, Arizona and then-NBC affiliate WNEM-TV in Saginaw, Michigan, were) because the purchase was announced more than one month after the affiliation deal had been finalized. As a result, WSMV became the only NBC affiliate in Meredith's present-day station group.

Past staff and programs

Ralph Emery, the longtime country music disc jockey on WSM-AM for many years, hosted morning (and at times, afternoon) shows on WSM(V) from the mid-1960s until the early 1990s; for much of that time, they were the highest-rated locally-produced early morning shows on American television. They featured performances by prominent country stars like Tex Ritter and current star Lorrie Morgan; also, the studio band consisted of top-notch Music Row session musicians.

Larry Munson, WSM-TV's sports director from 1956 until 1967 and later known as the play-by-play announcer for radio broadcasts of Georgia Bulldogs football, created and hosted a long-running hunting and fishing show called The Rod & Gun Club. Paul Eells replaced Munson as sports director in 1967. Like his predecessor, Eells served as the voice of the Vanderbilt Commodores football team during his time at WSM. Eells left to become the sports director at KATV in Little Rock, Arkansas in 1978. There, he also served as radio play-by-play announcer for the Arkansas Razorbacks for 28 years until his death in 2006.

Dan Miller was co-anchor of the main evening newscasts for nearly 40 years, except from August 1986 until March 1995. During this period, Miller spent time in Los Angeles as a news anchor at KCBS-TV, and as sidekick to friend and former WSMV colleague Pat Sajak on his short-lived late-night talk show The Pat Sajak Show. Miller returned to WSMV in 1992 to host 5 O'Clock with Dan Miller , which ran from 1992-93. Miller returned to anchoring duties for the evening newscasts in March 1995, continuing until his death in 2009. Miller died unexpectedly of a heart attack on April 8, 2009, while visiting The Masters golf tournament in his hometown of Augusta, Georgia.[3]

In 1974, Bill Hall joined the staff as a weather reporter (Nashville television's first on-air African-American), and became one of Middle Tennessee's most adored television personalities. During his WSM-WSMV career, Hall also hosted "Land and Lakes", an outdoors show focusing on local hunting and fishing adventures. He retired in 2005.

Early in 2006, WSMV attracted some attention by becoming the largest-market NBC affiliate to refuse to carry the controversial NBC show The Book of Daniel on its programming schedule, after the premiere episode. This action, along with that of several smaller affiliates in the Midwest and South, prompted NBC to cancel the series after only three episodes.

In early March 2009, it was announced that WSMV's master control operations would be hubbed at WGCL-TV in Atlanta, another Meredith station. The new hub operation is expected to launch in summer 2009.

WSMV previously aired programming from the NBC-owned Spanish-language network, Telemundo, on its DT2 subcarrier,[4] since the Nashville DMA lacks a Telemundo affiliate of its own. The subchannel began airing in the summer of 2006, and was discontinued on December 31, 2010. WSMV management has indicated that programming on WSMV-DT2 will not be replaced, and that the subcarrier's spectrum will be used for non-OTA broadcast purposes. This move left the Nashville area with TeleFutura affiliate WLLC-LP (analog channel 42) as its only Spanish-language outlet.

In 2009, WSMV-TV turned off its analog transmitter and remained on its pre-transition channel 10.[5][6] However, through the use of PSIP, digital television receivers display WSMV-TV's virtual channel as 4.

Beginning in the mid-1970s, WSM-TV developed a strong news division that, in the 1980s, won numerous regional and national awards (Peabody Awards among them) for in-depth and investigative reporting. Mike Kettenring was the news director for much of that period.

In recent times, WSMV has alternated with WTVF for first place in the Nashville ratings. Generally speaking, the station takes a softer approach to news than WTVF. The reverse was true in the 1980s, as WSMV earned awards for hard-hitting investigative stories, while WTVF took a more cautious approach. While WTVF usually leads the way in the city of Nashville itself, WSMV generally leads in Nashville's more conservative suburbs, as well as outlying rural parts of the market, many of whose residents recall readily the station's past association with WSM-AM.

In September 1973, WSM/WSMV decided to fill the 6:30-7 p.m. time slot opened up by the Prime Time Access Rule in 1971 by expanding its 6 p.m. newscast. This has proven so successful that to this day WSMV programs a newscast from 6 p.m. to 7 p.m. (although it is now broken up into two 30-minute segments). Upon the success of the WSM/WSMV expanded 6 p.m. newscast (and after years of low-rated syndicated offerings in the 6:30 slot), WTVF followed suit in 1989 by expanding its 6 p.m. newscast to one hour length. WSMV and WTVF are among the very few stations in the Central Time Zone to run news at 6:30 presently (stations elsewhere have attempted it since the 1970s with varying degrees of success). WKRN is the only traditional network affiliate in the Nashville market to run only a half hour of news at 6 p.m., with Wheel of Fortune (hosted by former WSM personality Pat Sajak) airing at 6:30.

During the May sweeps period that began on April 26, 2007, WSMV debuted its own live news helicopter known as Air 4, becoming the second station in Nashville to do so (WTVF's news helicopter Sky 5 debuted a year earlier, in 2006). On September 15, 2008, beginning with the 5:00 p.m. newscast, WSMV became the second Nashville station (behind WTVF) to broadcast local news in High Definition. 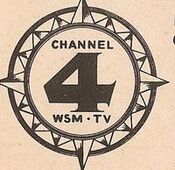 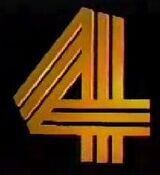 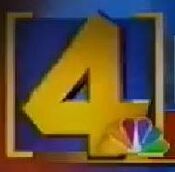 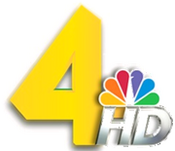 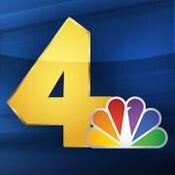 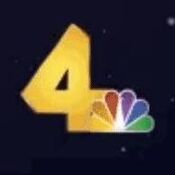 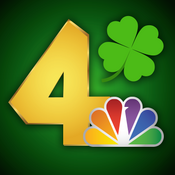 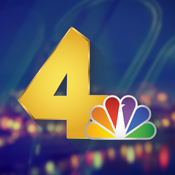 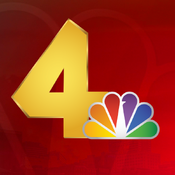 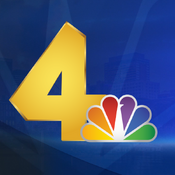 WSMV News 4 6PM Weeknight - I-Team Investigates: Big Stop Confusion: Why Parents Are Left Wondering Where Their Kids Are - Tonight promo for May 22, 2019
Add a photo to this gallery

Retrieved from "https://annex.fandom.com/wiki/WSMV-TV?oldid=397029"
Community content is available under CC-BY-SA unless otherwise noted.