WFLD-TV, virtual channel 32 (digital channel 31), is the Fox owned-and-operated television station, based in Chicago, Illinois; through its parent company News Corporation, the station is owned in a duopoly with area MyNetworkTV affiliate WPWR-TV (channel 50). Its studios and offices are located in Chicago's Loop neighborhood and its transmitter sits on top of Willis Tower.

The station signed on January 4, 1966 from its original studios within the Marina City complex on State Street. Its founding owner was Field Enterprises, which also owned the Chicago Sun-Times and Chicago Daily News and was owned by heirs of the Marshall Field's department store chain. The station was christened the "Station of Tomorrow" by the Sun-Times in an April 1966 article because of its innovative technical developments in broadcasting its signal. It also broadcast news from the Sun-Times/Daily News newsroom.

Field Enterprises sold controlling interest in WFLD to Kaiser Broadcasting in 1972, and the two companies' new partnership resulted in WFLD joining Kaiser's stable of UHF independent stations in Los Angeles, San Francisco, Boston, Philadelphia, Cleveland and Detroit. In 1977, Kaiser ended the partnership by selling its share of the stations back to Field Enterprises. From 1966 to 1986, WFLD carried a wide variety of off-network syndication shows primarily from the 1950s and 1960s, and first-run syndicated TV series such as Mary Hartman, Mary Hartman, 1975–1978, All That Glitters, 1977–1978, and Fernwood 2 Night/America 2-Night, 1977–1978. Thicke of the Night an American late night talk show produced by MGM Television that was carried by the station during the 1983-1984 TV season.

The station also aired movies, and local public affairs programming. To counter-program against its more established VHF rivals, channel 32 offered documentaries, adult dramas, westerns, and live sports, though for much of the time it trailed WGN-TV (channel 9) in the ratings among Chicago's independent stations until the late 1970s. When it won bids to air shows in syndication such as M*A*S*H (which it continues to air to this day,) All in the Family, Happy Days, Wonder Woman, Star Trek and others, the station finally beat WGN-TV in the ratings, and the two stations continued to go head-to-head throughout the 1980s.

In 1968, WFLD acquired broadcast rights to the Chicago White Sox baseball team from WGN-TV, carrying them initially until 1972, and again from 1982 to 1989. During the 1980s WFLD also aired games of the National Basketball Association's Chicago Bulls, until WGN-TV acquired broadcast rights to both teams in 1990 (Chicago-area attorney and real estate investor Jerry Reinsdorf owns both franchises). WFLD was also noteworthy as the longtime home of the local B-movie program Svengoolie. There were two versions of this show; the original began in 1971 as Screaming Yellow Theatre with local disc jockey Jerry G. Bishop doing scary voices and later wearing a long blond wig. Bishop became such a hit with viewers that the show was popularly called "Svengoolie" after his character (although the name didn't change), and this version lasted until 1973. The second version began in 1979 with Rich Koz as "Son of Svengoolie", and it ran until 1986. The show currently airs on WCIU-TV (channel 26).

In 1983, Field sold WFLD to Metromedia as part of a company-wide liquidation.[2] At that time programming changed slightly but graphics were abruptly changed to reflect the new ownership. Metromedia's television stations, including WFLD, were sold to the News Corporation in 1986, and they formed the core of the new Fox Broadcasting Company.

Following the 1986 sale to the new Fox ownership, the station continued to compete aggressively in the market. Now known on-air as "Fox 32", the station expanded its news presence as well. Fox's news presence began in 1987 with the premiere of the half-hour Fox 32 News at 7 (touted as "the news that doesn't get home before you do") along with a half-hour 11 p.m. newscast[3] which lasted until both newscasts were consolidated to compete with then-independent WGN's 9 p.m. newscast. The newscast was moved back to 7 p.m. by the fall of 1988,[4] and returned to 9 p.m. by the fall of 1989,[5] in anticipation of Fox's expanding prime time schedule. Sometime in 1991, the newscast rebranded its news operation from "Fox 32 News" to "Fox News Chicago" (though most verbal references are to simply "Fox News"). The station started airing a morning newscast first called Good Day Chicago, which later became Fox Thing in the Morning in place of the morning cartoon block.

In the mid-1990s, after several years of being known on the air as "Fox 32" (or even "Fox Thirty-Two"), the station rebranded itself as "Fox Chicago" due to the perceived embarrassment of being on a UHF analog channel in the third-largest market in the US where The WB (now The CW) is on a VHF analog channel, WGN-TV on channel 9. WFLD is currently the only Fox O&O that does not use the usual Fox branding of "Fox (Channel Number)", even though most Chicagoans still refer to WFLD as "Fox 32" or "channel 32." (Its Philadelphia sister station did this same practice for some time when Fox bought it from Paramount in the mid-1990s.)

In 1995, WFLD became the unofficial "home" station of the Chicago Bears when Fox acquired the television rights to the National Football Conference of the NFL, of which the Bears are a member. It is now the official station of the Bears, airing preseason telecasts in addition to most regular season tilts, as well as Bears Gameday Live and Gamenight Live, which follows The Final Word on Sunday evenings during the season. Fox purchased WPWR-TV in 2002, and WPWR's operations were integrated into WFLD's facilities in downtown Chicago.

In January 2003, WFLD dropped the Fox Saturday morning cartoon block, by then outsourced by Fox to producer 4Kids Entertainment and subsequently rebranded 4Kids TV, and the programs were moved to WPWR which aired them in the same four-hour time block until the block went off the air on December 27, 2008. WFLD was the first of the original six Fox-owned stations (owned prior to the New World stations purchase) to drop Fox's Saturday children's programming, and one of the few non-New World Fox O&Os (the other is KMSP in the Twin Cities) that currently does not run Weekend Marketplace, which WPWR now airs.

On September 11, 2006, WFLD, alongside with other Fox-owned stations, relaunched its website under the MyFox platform, now located at myfoxchicago.com.

Channel 32 Chicago (Facility ID number 22211) began broadcasting as "WFLD" on January 4, 1966. The station's Microwave transmission link was WDF-28 The callsign was changed to "WFLD-TV" on August 29, 1979, and changed back to "WFLD" on May 7, 1986.[6] Digital channel 31 used the "WFLD-DT" callsign from the inauguration of Digital television broadcasting until the shutoff of analog channel 32 on June 26, 2009, when the "WFLD" callsign was then transferred over to the digital signal on channel 31.

As part of the analog television shutdown and digital conversion, WFLD shut down its analog transmitter, on June 12, 2009 at 11:59 p.m. WFLD was the only station in Chicago which participated in the "Analog Nightlight" program until its analog transmitter on top of the John Hancock Center was turned off for good on June 26, 2009.[7]

It continued to broadcast on its pre-transition digital channel 31, whose transmitter had been upgraded to operate at its full 1 megawatt legal maximum power in early 2009. Digital television receivers display WFLD's virtual channel as 32 through the use of PSIP.

After the shutdown of the channel 32 analog transmitter upon the conclusion of the Analog Nightlight on June 26, 2009, the "WFLD" callsign was legally transferred from the now-defunct analog channel 32 to digital channel 31 and the "WFLD-DT" callsign was discontinued.

WFLD broadcasts a total of 39.5 hours of local news a week (seven and 1/2 hours on weekdays and one hour each on Saturdays and Sundays), second to WGN-TV (8.5 hours on weekdays and two hours each on Saturdays and Sundays) in the Chicago market. WFLD is one of only two remaining Fox owned-and-operated stations without a weeknight early evening newscast, and is the second largest Fox-owned station (in terms of market size) without an early evening newscast (the largest being West Coast flagship KTTV in Los Angeles).

On May 7, 2006, WFLD adopted a new look for its newscasts, featuring a updated set, new music, and new graphics. Similar appearance packages are also being rolled out to other Fox-owned stations such as WNYW. When the new look debuted, the main station logo wasn't changed much (only the new color scheme was added). For some time, WFLD's newscasts have had less of a tabloid feel than those on its Fox sisters. However, they are somewhat flashier than the other newscasts in the Chicago market.

On April 9, 2007, WFLD launched a new 10 p.m. newscast called The TEN, anchored by David Novarro and former WLS-TV and WBBM-TV anchor/reporter Lauren Cohn which, according to the Chicago Sun-Times' Robert Feder's April 18, 2007 column, beat CBS O&O WBBM-TV's 10 p.m. news on its second day on the air. In September 2007, WFLD's morning newscast Fox News in the Morning was re-named Good Day Chicago for a second time.

On January 12, 2009 WFLD and NBC O&O WMAQ-TV began sharing a news helicopter and its news footage in Chicago, and the agreement paves the way for a larger pooling effort.[8]

Currently, WFLD and WGN are the only two major news stations in the Chicago market who are not broadcasting in a "street side studio." Before May 10, 2009, WFLD was the only major station in the market not airing its newscasts in high definition. The news studio was upgraded for high definition newscasts by Blyth Design and the graphics are the new Fox O&O HD graphics. The station launched its first high definition news starting with the 9 p.m. news although most remote field footage remains in 16:9 widescreen standard definition. The HD feed is now letterboxed on the SD feed.

Effective September 21, 2009, WFLD cancelled its 10 p.m. newscast and replaced it with reruns of The Office.[9] The move was made because that newscast, despite its early success against WBBM-TV, was never much of a factor in the ratings. Towards the end of its run, it fell to a distant fifth behind the newscasts on WBBM-TV, WLS-TV and WMAQ-TV and "Family Guy" reruns on WGN-TV. In a statement on the cancellation of the newscast, former station Vice President and general manager Pat Mullen, said that "We’re always going to look for expansion opportunities with our local news".

The station has been one of Fox's weakest owned-and-operated stations for a number of years.[citation needed] In recent Nielsen ratings sweeps periods, WFLD has been mired in last place among the five major stations' late-night (9 or 10 p.m.) newscasts.[citation needed] As such, Chicago is one of the few markets in the country whose Fox station actually trails the same market's The CW-affiliated station (WGN-TV) in the local viewership ratings, from sign-on to sign-off.[citation needed] This is primarily due to WGN-TV's relatively strong news department, local sports programming and higher-rated syndicated programming.[citation needed]

In March 2011, Fox added brand new studio laptops. This and many other changes in anchors and minor studio renovations allows Fox to revamp their news department.

In the February 2011 Nielsen ratings sweeps period, WFLD's 9 p.m. newscast slid to a 2.3 rating, down more than a full rating point from a 3.4 during the February 2010 sweeps period. This is despite the pairing of co-anchor team Bob Sirott and Robin Robinson, suggesting that the pairing of the anchors has not been able to improve ratings.[10] The station came in third place for its prime-time lead-in. 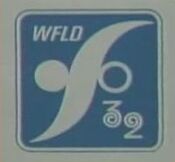 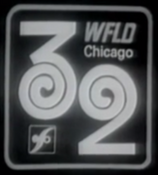 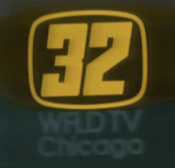 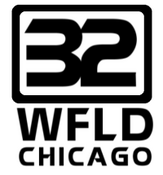 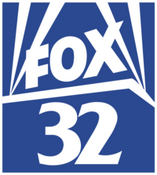 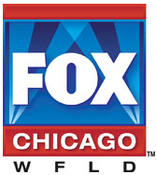 Retrieved from "https://annex.fandom.com/wiki/WFLD?oldid=398564"
Community content is available under CC-BY-SA unless otherwise noted.