The station's signal, transmitted from a 1004-foot (306-meter) antenna located on Greenfield Road in Southfield, encompasses the Metro Detroit area and can be picked up as far away asFlint, Lapeer, Adrian, Toledo, and even London, Ontario. WDIV is also one of only three stations that mention Windsor and London as among their primary viewing areas, with the other two being WMYD, and WTVS.

WDIV was the first television station in Michigan, signing on as WWDT on October 23, 1946, for one day of demonstration programming.[3] Regular programming commenced on June 3, 1947. On May 15 of that year the station changed its call letters to WWJ-TV after WWJ radio (950 AM). Both stations were owned by the Detroit News. Channel 4 has always been an NBC affiliate, although it aired some programs from the DuMont Television Networkprior to WJBK-TV's sign-on in 1948.

Channel 4 had a number of broadcasting firsts in Michigan, including the first telecast of Detroit Tigers, Red Wings and Lions games as well as televised newscasts. WDIV was the first TV station in Michigan to broadcast in color which was in 1954. The stations studios and transmitter were originally in the Detroit Newsbuilding in downtown Detroit. In 1954, the station shut down its original transmitter located on top of the Detroit News building and constructed a new 1,004 foot transmitter at the intersection of Greenfield and Lincoln Roads in Southfield, Michigan.

In 1978, the Federal Communications Commission (FCC) was considering new regulations which would have imposed limits on ownership of newspaper and television media in the same market. In anticipation of this, the Evening News Association, which owned the Detroit News and WWJ-AM-FM-TV and the Washington Post, who owned WTOP-AM-FM-TV in Washington, D.C., reached an agreement to swap television stations, perhaps intending to avoid the confusion which might result upon the announcement of new regulations. On July 27, 1978, WWJ-TV became WDIV. The call letters are derived from "D" for Detroit and "IV" for the Roman numeral four. Additionally, in a series of promotional announcements with news anchor Dwayne X. Riley, the new call letters were said to represent the phrase, "Where Detroit Is Vital".

In 1982, WDIV moved out of its old facility in the Detroit News building and moved to its current location at 550 W. Lafayette Ave. in downtown Detroit.

The "WWJ-TV" call sign was subsequently adopted for use 20 years later by the former "WGPR", now Channel 62, the CBS owned-and-operated station in Detroit. The current WWJ-TV is not related in any way to WDIV or to the old WWJ-TV besides being co-owned with WWJ radio under present-day ownership.

Ultimately, the FCC never imposed any limitations on ownership of television and newspapers in the same market, so the exchange of stations between the Evening News Association and the Washington Post was somewhat unique in television broadcasting. The Evening News was pleased to finally have a voice in the nation's capital, while the Washington Post perhaps regretted the loss of its prestigious television signal in Washington. However, operation of WDIV would prove to be very lucrative.[citation needed] The station later became available outside the Detroit market when it was selected for inclusion on many Canadian cable systems in the late 1980s and early 1990s. The station itself has never uplinked its programming to satellite, as Atlanta-based WTBS does.

In 2004, the station bolstered local programming by securing broadcast rights to several Detroit Pistons basketball games, as well as returning as the host TV station for the North American International Auto Show. The station airs the auto show's charity preview, "America's Thanksgiving Parade" (both in high-definition), The Target Fireworks, and the charity event "The Hob-Nobble Gobble" which is held the night before the Thanksgiving parade. FSN Detroit became the Pistons' sole broadcaster starting with the 2008-2009 season.

On April 15, 2005, former WDIV employee John Owens was shot in the station's lobby by a man with a history of harassing WDIV employees. The man was charged with attempted murder while Owens remained in the hospital in critical but stable condition. On November 21, 2006, Wayne County Circuit Court Judge James Callahan sentenced the man, Epifanio Rivas, Jr., to 16 to 32 years in prison for the shooting; he was also sentenced to two years for a felony firearm conviction.

On Thursday, April 5, 2007, WDIV progressed further on its conversion to high-definition by unveiling a new high-definition news set, brand new HD graphics created by Renderon Broadcast Design[citation needed], and a rearrangement of the WDIV theme by Chris Crane. The set was changed again, along with a new graphics package in 2008. Another graphics package was introduced in early 2009.

In December 2008, WDIV released its newly designed website and viewers were able to watch all newscasts online at www.clickondetroit.com. On January 18, 2008, WDIV vice president and general manager Steve Wasserman stepped down. Eventually, Marla Drutz, longtime director of programming at crosstown rival WXYZ-TV, was named to take over the WDIV helm.

On June 21, 2010 the 52nd Annual Target Fireworks were produced and aired entirely in high definition. On August 6, 2010, WDIV-TV andWXYZ-TV became the first stations in Detroit to offer Mobile DTV feeds.

On April 25, 2011, a blue and gold graphics package was introduced.

WDIV's digital signal on channel 45 is multiplexed into the following subchannel lineup.

WDIV's second digital subchannel was formally occupied by NBC Weather Plus, which folded in November 2008.

WDIV-TV shut down its analog TV transmitter on June 12, 2009 as mandated by the FCC,[6] WDIV ended its 62 year broadcast on channel 4 and continued to broadcasts on its pre-transition digital channel 45.[7] However, through the use of PSIP, digital television receivers display WDIV-TV's virtual channel as 4.

CANCOM's carriage of WDIV stretches outside of Canada with cable carriage in places as varied as far northern New York state (Hammondand Alexandria Bay, New York), all of Bermuda, parts of Latin America and, for a time in the early 1990s, some parts of Ireland (with a delay).[8] In addition, WDIV is carried on some cable systems in Mexico, via Shaw Broadcast Services, such the Cablemas system inCiudad Juárez, which offers WDIV instead of fellow NBC affiliate KTSM-TV in nearby El Paso, Texas. From 1985 to ca. 1998, it was the NBC affiliate being offered through Cable Atlantic (now Rogers Cable) in Newfoundland and Labrador, including in St. John's, before switching toWHDH-TV from Boston.

Coverage on cable systems outside the Detroit-Windsor market may be subject to SyndEx and network blackouts in the United States, andsimsubbing in Canada.

Though not in its own market, WDIV (plus WJBK and WXYZ) have seen their share of controversy from afar via their carriage to much of Canada (and fringe parts of North America) via CANCOM.

Some of the syndicated programs carried on WDIV include Wheel of Fortune and Jeopardy!, both of which have been on WDIV since their syndicated debuts.

In the 1970s and 1980s, WDIV preempted one to two hours of NBC's daytime programming every day. The station also refused to air Late Night with David Letterman and its successor, Late Night with Conan O' Brien at 12:35 a.m. for many years. Instead, the station opted to rebroadcast The Jenny Jones Show, which lasted until 1999. WDIV currently airs the entire NBC network schedule, though while Late Nightnow airs at its usual time of 12:35 a.m., Last Call with Carson Daly is delayed from 1:35 a.m. to 2:35 a.m. by infomercials. WDIV also shows the fourth hour of The Today Show at 2:00 p.m., four hours after the live broadcast.

From 1999 through 2002, WDIV did not clear the soap opera Passions at 2:00 p.m. Instead, it was tape-delayed to air on cross-town WADLat noon, while WDIV aired daytime talk shows at 2:00 p.m. Sister station KPRC-TV in Houston did the same thing until August 30, 2004 when it became the last NBC station to carry Passions at 2:00 p.m. These two stations were the only NBC affiliate holdouts to the show. The issue was rendered moot when NBC removed Passions from its schedule in 2007.

WDIV was the launching pad for several locally produced shows that went national. The station broadcast the Dr. Sonya Freidman talk showSonya live at 4 p.m. It was so popular that the station, under the banner of Post-Newsweek Stations, syndicated it on a delayed basis to theUSA Network cable network (which is now co-owned with NBC under NBC Universal). WDIV also produced the afternoon variety show TheTony Orlando Show at 4 p.m. However, the station's management pulled the plug after a year for an afternoon talk show named Jenny Jones.

Another shot for WDIV came when the station signed WOMC morning man Dick Purtan to do live segments during a 4-5 comedy block called Purtain's People. It was followed by WOMC's Tom Ryan with a monthly special that showed B-movies with comedy skits. This was during the heyday of NBC's late night success SCTV and Joe Flaherty's Count Floyd. Ryan's character was known as Count Scary. Eventually, Count Scary was dropped by WDIV and moved on to WKBD-TV's Shocktoberfest. One local program idea that almost cost the station was for a Detroit-based comedy/drama called Hamtramck, which aired only once. It created a storm of controversy with the Hamtramck community. The program's executive producer, Alan Frank, apologized to the community.

The station uses a Eurocopter A350 shared with WJBK and WXYZ. This helicopter features a completely digital HD video package and is quite noticeable from the ground with its large front camera pod and distinctive red paint (hence the callsign "Red Bird"). WDIV also purchases services from Metro Traffic which provides traffic reporting from its analog SD video platform, aloft on a Bell 206 airframe. This helicopter is blue and white with a smaller camera pod. Both helicopters are operated by HeliInc, which provides aircraft services to broadcasters in many markets.

WDIV News operates a fleet of 14 news gathering vehicles. These are 11 standard news ENG (electronic news gathering) Ford E350 vans with two-band digital microwave transmitters and video editing platforms. One of these trucks is a dual-purpose microwave truck and digital satellite uplink package. The station has one micro-ENG E150 van capable of rapid deployment short-range broadcasts and one additional satellite uplink vehicle with a much larger 1.8 meter antenna.

News operations point their microwave trucks at three receive sites in southeastern Michigan. One is located at their transmitter site in Southfield, one in downtown Detroit and the other in the city of Ann Arbor. With the satellite uplink capabilities and the diverse receive sites, the station can easily cover any news event within the viewing area.

The station is continually experimenting with new technology and its application to news gathering. It has invested heavily in video streaming products from various vendors such as Stream Box. The station has used streaming video in areas without internet access with InmarsatBGAN services.

On January 8, 2007, the station added a 30-minute afternoon newscast, Local 4 News First at 4, with Ruth Spencer as its solo anchor. It is also streamed live on the internet. In the spring of 2007, WDIV received an RTNDA Edward R. Murrow Award, one of the highest honors in broadcast journalism. "The China Syndrome", reported and produced by Devin Scillian, was named Best Documentary. On Sunday, August 19, 2007, starting with the 11 p.m. newscast, WDIV became the second television station in Detroit to produce its newscasts in high definition.

In recent years, WDIV news has become what may be termed sensationalistic, featuring reports by the Rescue 4 Undercoverteam.[citation needed] These reports often deal with sexual topics or issues of personal safety (Is Your Favorite Movie Theater Safe?), but scored high ratings and viewer comments for their breaking news coverage of the Tara Grant disappearance that became a murder case with the arrest of her husband, Stephen. 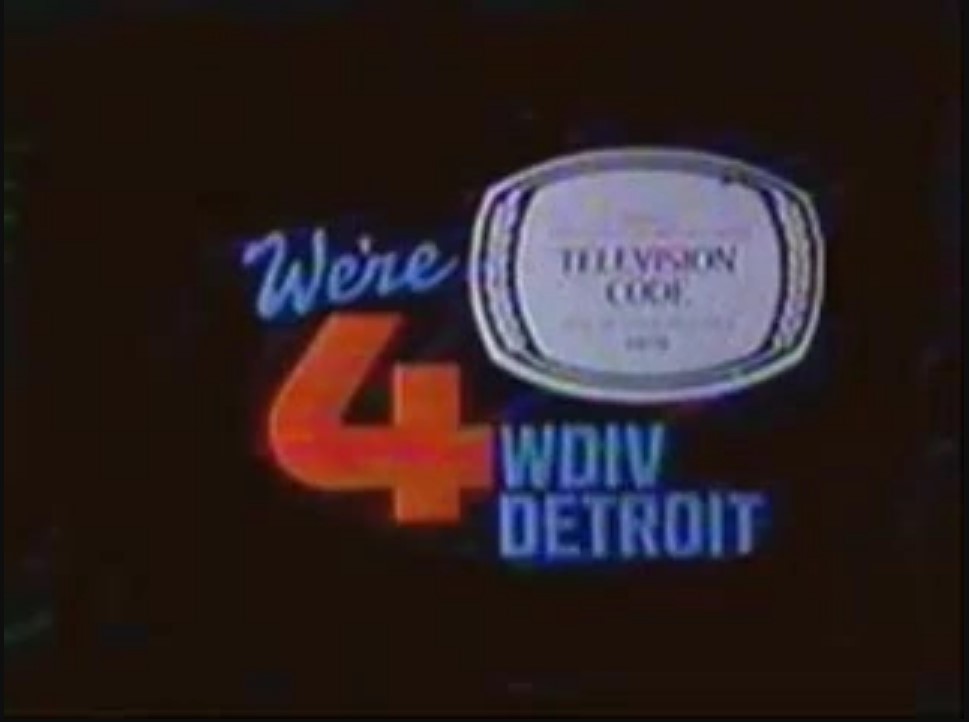 Retrieved from "https://annex.fandom.com/wiki/WDIV-TV?oldid=376997"
Community content is available under CC-BY-SA unless otherwise noted.